From Boston to Berlin: A New Irish Direction

Over the past 30 years, the position of Irish politics has raised many questions – one of the more interesting being whether Ireland should align itself more with Boston or Berlin?

This question of political philosophy and cultural direction first appeared back in 2000, when Mary Harney was Minister for Enterprise, Trade and Employment. When asked where she thought Ireland was, or may be headed, she stated that although Ireland was “Geographically (…) closer to Berlin than Boston (,) spiritually we are probably a lot closer to Boston than Berlin.”

Evidently, Ireland and America have a strong bond – both historically and politically. But it is probable that this relationship is being made out to be more than it really is. Such emphasis on this connection not only means that there is a lack of recognition for the secure links that Ireland has with a number of other countries, but it is also detrimental to those unwilling to see the possibility that Ireland’s cultural and political direction may align with anyone else. Britain, America, Canada and Australia are the obvious candidates, but Germany also springs to mind.

Though many American companies choose to invest in Ireland, it could be argued that this is out of economic choice, rather than just a bond of friendship. And though many American tourists regularly come to our country to spend their hard earned money while claiming to have some form of Irish blood in their veins, the nation has been moving closer to Germany in specifically non-economic ways.

While America remains a largely conservative country, the Irish appear to be moving in a more liberal direction. We already hold less conflicting opinions about Europe and the European Union than we did when it was first set up. Instead of being just part of the EU for the economic benefits, you could say that the nation has become “more European,” as we reluctantly hang around the corridors of Brussels, further integrating ourselves into the Union with each day that passes.

While lots of different countries could be the inspiration that Ireland needs to become prosperous and tolerant, Germany – deemed the most successful European power – is definitely worth considering.

Relations between Germany and Ireland stretch all the way back to the 7th century, when the Irish monk Killian resided in Wurzburg. Following World War II when the European giant had very few friends, the Irish did not give Germany the cold shoulder. In fact post-1945, Ireland launched Operation Shamrock to help resettle children from the war torn nation. The fountain in St Stephen’s Green called ‘The Tree Faites’ was a gift from the German government after the war, and acts as proof of this warm, non-judgemental, and compassionate friendship.

With the historical background there for the whole world to see, the question still remains – why should Ireland move even closer to Berlin?

The reason centres on discovering how Germans are getting better deals from their relationships with multinational companies, learning from German social policies, and deepening ties to a scientific powerhouse. 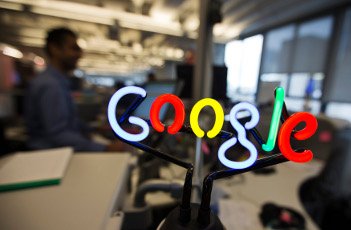 But just how good is Berlin at building a culture that supports business start-ups? Much better than Ireland anyway. In recent times, Google in Germany has helped open ‘The Factory;’ a co-working space for new start ups. Meanwhile here in Ireland – home to Google’s European base, might I add – we can barely get them to pay the 12.5% corporation tax!

The sad reality is that if we want any chance at getting more out of relationships with multinational firms, the Irish people simply must look at Berlin’s example to build a strong domestic economy.

Ireland has a lot that Germany doesn’t: a young workforce, sensational cultural endeavours, and generosity. Both countries should come to recognise the special relationship they have – a relationship that is not marked entirely by economic motives, guilt over genocide, or colonial conflict. Ireland and Germany should work together, and they should learn from each other.

Shane Burke has been a committed activist with a number of organisations such as One.org, IDEA Ireland, and European Students For Liberty. He is interested in current affairs, politics, and technology. As a Libertarian, he spends his days fighting for the cause of personal liberty.