Yesterday, Dublin Archbishop Diarmuid Martin said that it was time the Catholic Church gave up its control of Irish schools and institutions. Speaking at a mass celebrating 150 years of the Catholic Institute for Deaf People, the Archbishop critiqued the lack of progress the church had made in reforming issues concerning National schools, promoted the need for an increase of non-denominational institutions, and declared that “Times have changed in Irish society and the church must change.”

This push for educational diversification came after Minister for Education Jan O’Sullivan’s proposal that oversubscribed denominational schools should accept pupils based on proximity rather than faith. Speaking to the Irish Times, she acknowledged that there had been consistent problems arising regarding discrimination against children and families who are not practising Catholics.

However, while O’Sullivan stated that primary school’s admission policies needed to be reformed to allow students of various denominations – or no denominations at all – to attend without impedance from the church, she also said that in order to entirely stop schools from discriminating on the basis of religion, amendments would have to be made to the Education (Admissions to Schools) Bill – which is very unlikely.

So, basically O’Sullivan thinks that children should be admitted to National schools based on where they live rather than what faith they practice. That’s fine – that makes sense. Except for the part where she admits that no changes can actually be made to legislation to ensure that this possibility becomes a reality.[pullquote]The State pays teacher’s salaries, the cost of sites for new schools, grants, subsidies, maintenance of buildings, and the majority of costs attributed to actually running the schools, but the church still owns them.[/pullquote]

As it stands, over 90% of primary schools in Ireland remain under the patronage of the Catholic Church, with most of the remaining 10% being owned by other churches. The State pays teacher’s salaries, the cost of sites for new schools, grants, subsidies, maintenance of buildings, and the majority of costs attributed to actually running the schools, but the church still owns them. The patron – which is usually a local priest acting on behalf of the Archbishop of the area – has complete control over the managing of the school. In theory, they could do it themselves if they wanted, but generally they just appoint a board of management, which they have complete control over too. They also have control over the teachers the board decides to hire or dismiss.

According to Section 37 of the 1998 Employment Equality Act, patrons are permitted to dismiss a teacher if their ‘lifestyle’ does not reflect the ethos of the church. This year, the Anti-Austerity Alliance proposed a bill to amend Section 37, protect the rights of members of the LGBT community working in schools and hospitals, and to ultimately remove the church’s authority from the workplace. As of yet, no changes have been made to the legislation.

Basically, the church has a lot of power. Like, a lot. But we knew that right? There may not be a whole load of nuns teaching maths, or priests popping in for bi-weekly visits anymore, but they’re still there. They still own the schools. They can still ensure that those schools accept a vast majority of Catholic students. They can still choose to discriminate against anyone not upholding their ‘ethos.’ They can still do whatever the hell they like.

So why does Diarmuid Martin seem to be so against all of this control? Why would an Archbishop want to promote a more secular society, thus decreasing the church’s power and probably pissing off a lot of other bishops along the way? Well, according to him, it’s because the church has become “trapped into a logic of looking after its own privilege and power first (…) then a situation arises very quickly in which nothing else counts.” Ah, so the church has simply become so powerful to the point that everyone else has actually noticed, and subsequently complained about it.

Of course, such omnipresence was absolutely fine back in the day when none of us knew about the Christian brothers sexually abusing little boys, nobody was condemning what went on in the Magdalene laundries, and the bodies of 800 babies buried in the ground in Tuam were still Bon Secours’ best kept secret. Since then, the church has gotten a pretty bad rep – so it’s not surprising that an Archbishop thought publically declaring  that schools should be less influenced by religion seemed like a pretty good idea. It’s like that time that Pope Francis flaunted his gay best friend to make up for the fact that he agreed to meet with a woman who was denying homosexuals their legal right to marry. It seemed pretty sound – and it surprised a lot of people – but it didn’t mean there wasn’t some other implicit agenda at work.

Last month, Atheist Ireland reported that a National school in Contarf was allowing Archbishop Martin to decide whether potential pupils were “the right kind of Catholic.” The school – which openly promotes the Catholic ethos and infamously fired author John McGahern after he wrote the “pornographic” ‘The Dark’ in 1965 – stated that it would be up to the Archbishop to declare whether the so-called ‘category two boy’ should be admitted.[pullquote]The problem is that parents are forced to engage with a religion they may or may not believe in just so their child can attend a convenient primary school.[/pullquote]

However, this bizarre idea of “the right kind of Catholic” is not only supported by the overtly non-secular schools, but by the majority of those that find themselves oversubscribed. Last week, the Minister for Education expressed her concern that an excessive amount of Irish parents would consider baptising their children just to get them into a certain school. According to a subsequent poll on thejournal.ie, a massive 46% of people would definitely christen their child if it meant they would secure a place in a school, with 9% stating they would at least consider it. 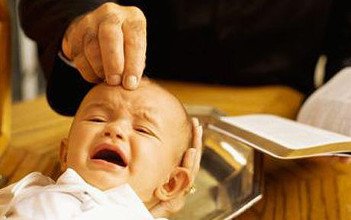 Results like these not only prove that the church and education are still so intimately intertwined, but also suggest that vast amounts of people are baptising their kids for non-religious reasons. And who can blame them? Well, apparently the Catholic Schools Partnership can.

Yesterday, Fr. Michael Drumm stated that amending legislation would do little to solve any problems as it is the fault of the parents for wanting their children to go to “certain schools.” Oh, like the 90% of schools that are still under the patronage of the church? Those “certain schools?” Sure, not all of them are going to be in high demand every year, and most of them probably welcome all kids regardless of faith or lack thereof, but that’s not the point. The point is that they can still discriminate against children if they want to. The problem is that parents are forced to engage with a religion they may or may not believe in just so their child can attend a convenient primary school.

Archbishop Martin doesn’t quite see it that way though. He thinks that the church must “free itself” from these positions of power to ensure the longevity of the Catholic ethos. Although he acknowledges the resistance from Catholic educational establishments, he has also suggested that very few schools are actually willing to engage with his proposal… Which begs the question – what does the Archbishop actually want? 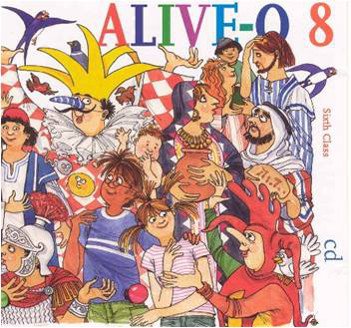 He may say that he’s all up for non-denominational schools and the introduction of a more secular society, and that’s great – who wouldn’t be delighted with that? But just how much authority is he suggesting the church should lose? The Archbishop’s been struggling to promote this idea for years, so chances are it’s not going to take effect any time soon… But let’s imagine for a second that it did. How many of those 90% of schools still under church patronage would become more educationally diverse? How many of them would stop screening pupils for a little splash of water on their foreheads? How many of them would be allowed to scrap communions and confirmations and mandatory viewings of 20 year old Alive-O videos on a Friday evening? Probably not that many.

Archbishop Martin may recognise the necessity of change, but he also recognises the needs of the Catholic Church – to stay relevant, to keep their ethos intact, and to somehow establish a reputation that isn’t directly linked with mass graves, human rights violations, and being generally awful. “If we don’t address (these problems),” he said, “we wont drift into what we want.” So, ultimately, yeah, everything’s still all about the church – and unfortunately, we’ll probably have to wait a fairly long time before it isn’t.

Could Ghost Rider Get A Reboot? And Who Would Star?

Simon Rich: Is he the Woody Allen for Millennials?

Are we really that surprised that Pope Francis met with Kim Davis?