It appears that the hacking of infidelity dating site Ashley Madison has taken a sudden dark(er) turn. Described by the Toronto police as “one of the largest data breaches in the world,” the scandal that exposed the identities of 37 million supposed cheaters has apparently also caused two suicides. Many have been quick to voice their opinions on the company’s breach… And if the majority of tweets in the Ashley Madison hashtag are anything to go by, most people seem to think that those affected got what they deserved. While I am obviously not an advocate for extramarital affairs, or the acquisition of ‘dirty money’ through the running of a website designed to help ruin marriages, I also do not agree with hacking. In fact, the tactics used by the hackers – who call themselves ‘Impact Team’ – raise just as many questions as the site does itself.

Hacking scandals seem to be happening a lot lately. Sometimes they have positive effects, and sometimes they have negative ones – but what they always have is an air of panic surrounding issues of privacy on social media. The recent high-profile privacy breaches of celebrities like Jennifer Lawrence and Ariana Grande not only re-iterated an apparent insatiable need to delve deep into the personal lives of those in the public eye, but also exposed unresolved issues of slut-shaming and societal hypocrisy. The idea that people (women) who take explicit photos of themselves deserve to be publicly ridiculed and shamed became normalised and, for the most part, accepted.

Earlier this year, Jennifer Lawrence spoke to Vanity Fair about the mass distribution of her own private photographs. She described the incident as a ‘sex crime,’ and emphasised the personal violation and distress the hacking had caused her. While some action was taken to remove the photos, many people still casually continued to share them around social media. Little consideration was given to the fact that these pictures were intimate, private, and therefore not for the eyes of millions of internet users around the globe. No consideration was given to how immoral, and actually creepy, it was to ogle them in the first place.

While Impact Team probably only wanted to expose a load of infidelities (and prove just how weakly protected some website’s databases truly are), the breach has actually had an even worse impact on the lives of some Ashley Madison members. A lot of them were shamed. But some of them are dead. Sure, 37 million people – a couple thousand of which are apparently Irish – using one website to engage in extramarital affairs is, to put it lightly, shocking. The sheer height of the number has created a sort of moral panic where everyone is assuming that everyone is cheating on their partners… But mostly, everyone is assuming that men are cheating on their partners. A man having an Ashley Madison account doesn’t necessarily mean that he is actively engaging in an affair. A man having an Ashley Madison account means that he set up an Ashley Madison account – that’s all.

Last week, an article published in The Guardian blatantly claimed that the men who subscribed to the site were of little intelligence and that, of course, they ‘got what they deserved.’ Its author, Barbara Ellen, suggests that men seek sex much more than women, that the need to fulfill their erotic desires is an inherent part of their nature, and that all men play host to a rapacious stereotypical sexual appetite that simply cannot be tamed. Rather than question why so many men are apparently unsatisfied with monogamy, or how such a large-scale privacy attack even happened, the article merely reproduces age-old prejudices and mass moral judgments that don’t actually prove anything at all.

We have been quick to lump Impact Team’s victims into two categories: person who has been cheated on, and person who has cheated. While the supposedly legitimate information of 37 million users has been available online for over a week now, these ‘users’ are nothing more than faceless representations of man’s (apparently) ingrained inability to be faithful. While alluding to these users as ‘victims’ could be deemed controversial in itself, the tactics used by Impact Team have been detrimental. Too often, the gross misuse of social media, the unwarranted leaking of information, and the distribution of private images has actually resulted in suicide. Just look at the likes of Formspring, AskFM, and any other anonymous social media outlet. While a lot of the people who use Ashley Madison may definitely be dishonest human beings, is it really our job to be their moral judges? Are we even sure what Impact Team’s agenda is?! 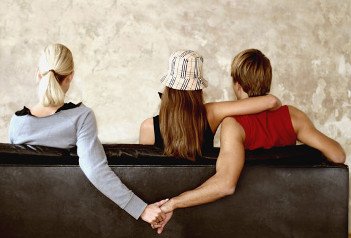 Before writing this article, I certainly was not aware of the group. And now as I’m writing it, I still haven’t been able to obtain a great deal of information on them. Apparently, the owners of Ashley Madison are prepared to give a $500,000 reward to anyone who can identify them. Mainstream media seems to be more focused on those who have been hacked, rather than those who launched the attack. What exactly is the benefit of their revelations? Has this breach actually aided society in any positive way, or has it just caused a media (and moral) frenzy? Wired reported that the Impact Team hacked the site because they were “…morally outraged at the behaviour its website condoned.” Wired also noted that another site which “connects beautiful young women with Sugar Daddies” was also hacked, while a site connecting older women to younger men was not. Yes okay, suggesting that only men are being targeted here is debatable, but they do appear to be the main focus of Impact Team’s agenda. Whatever that may be…

The more information that gets leaked, the more the media becomes obsessed with ‘outing’ those involved. In an article that ignited a degree of excitement akin to that of a soap opera, the Irish Independent revealed that several well-known businessmen and TDs were registered with the site. It seems that many have forgotten, or simply refused to acknowledge, that people’s personal lives are at stake, and that private information does not exist for entertainment purposes. Mic.com have stated that the “…information dump included the email addresses, credit card info and personal profiles of millions of account holders.” While I wholeheartedly disagree with the ways Ashley Madison makes money, I also believe that mass amounts of personal information should not be so readily available for the world to see. Is the exposure of millions of (potential) cheaters really worth the conceivably fatal consequences for some of those involved?

While it would be worth asking why huge numbers of people may be cheating on their partners, an online witch hunt is probably not the best way to go about it. Yes, affairs are damaging – but so is the active disruption and destruction of millions of lives… And so is condemning those who may not even be guilty at all.

Shot of Science: How Clean is your House & Transport? Big Earthquakes and Volcanoes of Gold

Who Really Wrote It? |3| Othello