The HeadStuff Launch was on Thursday 26th of February in the lovely Block T in Smithfield, Dublin. It was the culmination of some very busy weeks and a couple of stressful days for me. But it was great. As in, other people thought it was great. I started enjoying it at 10pm, when it was over and we all took the short jaunt down to Dice Bar.

Dice Bar were the legends who sponsored us some beer for the night, and the guests at the launch repaid them in good spirits by making sure there wasn’t a dribble of beer left in the place. I’m not sure if there was even a spillage. I think every drop of the stuff was enjoyed by a human launch attendee.

Music on the night was provided by Ruairi Lynch who is the beautiful man who sometimes goes by the name Bantum. He’s sound both ways, same person like, just different names for whatever reason. Style of show, I think. But anyway, he was great, and he just looks good so we put him front and centre of the room and then pointed all the lights at him. He was a noisey centerpiece and I was delighted with his smoooooth sounds.

We also used a Bantum track, ‘Oh My Days’ on the video which was expertly shot by Robbie Howlett. Robbie is a new friend of mine, and I didn’t know how good a job he’d do. Now that I’ve seen his work I’m very happy to share it, which is a relief. Here’s the video he made, so if you missed the event this might give you an idea of what it was like. Or if you were there, see if you can spot yourself among the smiling faces. Robbie is available to make videos and things for other people so if you want to get in touch with him, let us know. Also, Graham Connors took some lovely photos which I’ll pepper throughout this mindless spouting of thoughts and memories.

I had no time to prepare a speech. Basically no time at all. Eventually I scribbled down a list of the people I wanted to thank, and I think I didn’t leave anyone in particular out. But my friend, the comedian Giles Brody, recognised my stress and lack of speech preparation and he wrote one for me, which was hilarious. (Not entirely relevant to real life or anything, but very funny).

A lot of the HeadStuff editors were present and they had dinner together in Brasserie7 on Capel Street, which they all told me was gorgeous. It was the first time that most of them had met the other ones and they talked and became total besties and I think some great stuff is going to come out of collaborations between them. The editors are a great bunch, I’ll link to each of them here so you can see their writing:

Of course all the contributors are excellent. They all rock my world but there are feckin’ loads of them so I can’t name them all, but what you can do is just go to the homepage of this site and then work your way backwards – that way you’ll read everything by all the contributors. If you have the time of course, it’s coming up on 800 posts at this stage.

Absolutely all of the night and all of the website could not have happened without the unreal support and help from these chaps: Mikey Fleming, Adam Shannon, Matt Mahon and Johnnie Bissell. If they don’t know how much I appreciate them, I’ve made a huge mistake somewhere.

We launched our brand new podcast, creatively called ‘The HeadStuff Podcast‘, which is exciting for us, so please go to iTunes and subscribe to it, and rate it really highly (if you can find a way to go above 5 stars, then by all means, do that). Comment and share it and all of that stuff, thanks a bunch y’all. It’s also on SoundCloud, and you can follow and like us there and tell us we’re lovely etc.

We also launched our brand new shop, which is excellently curated by Kate Moylan and features four excellent young Irish artists in Jacob Stack, Eva Byrne, Helena Grimes and Jessie Malone. Hey, I’ve a good idea, go buy some art. Because, sexy culture and supporting the arts and all.

You can also buy HeadStuff mugs, which is important to note.

As part of the speech that inevitably had to happen, we gave away some rather wonderful prizes. First up was a beautiful small chopping board by G Wood. Look out for him in the near future. 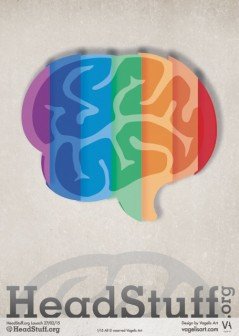 An artist and designer named Vagelis made a HeadStuff poster for us, which looks like this. And it was skillfully framed by Thomas Glover of Creative Picture Frames. Thanks to both Vagelis and Thomas for sponsoring their time and elbow grease.

Oscars Café Bar also from Smithfield sponsored two vouchers for dinner in their lovely establishment with witty Wi-Fi codes. One of those vouchers I proceeded to lose (I glance suspiciously at my housemates because I’m not too interested in blaming myself), but it was very nicely replaced by Ronan at Oscars, nice guy, and nice place. Go there and feed your face and drink a thing.

Last but not least we had an iPad mini to give away. Which is a very nice prize. I really can’t thank Brian and the guys at Into IT on Westland Row enough. Great bunch, and very generous. Follow them on Twitter, they’re just getting used to using it, but they have some great offers. They can do some fancy technical stuff to your laptop that makes it a billion times quicker and also safer, so you’re much less likely to lose all your files. And also, you can bring your computer in to them and they’ll look at it for free, they’ll tell you if it’s nice or not. But also, and much more importantly, they can tell you what’s wrong with it, and how they could fix it and how cheaply they’ll do it because they’re sound. So g’wan, check them out.

So that’s the launch. Now we’re launched, I suppose. Heading upwards with some momentum behind us, but our rocket is really long, so no matter how high we get, we’ll always have a foot on the floor and anyone who wants to get on board will easily be able to do so. The people who journey with us are the fuel that gives us energy, so the more we have the higher we go.

Particular special thanks to Mary Moylan and Stephen Bennett who bankrolled the whole operation.

All photos are by Graham Connors.

TV & the Scourge of Sound-a-Likes