Homemakers of Ireland, I salute you

This month marked my return home after a few years abroad, and as the absent one does when the change of job gives them a bit of breathing space, I spent some time with my mother.

It’s hard to situate oneself on the class spectrum, because we all like to think we’ve fought the good fight. Privilege is complex, it’s layered, but we tend to forget that, because it’s human nature to dwell on one’s disadvantages, overlooking the advantages. The mantra of my generation (or maybe the one after, I’m a bit of an X/Y tweener) that asserts our parents pushed ploughs so we could be poets, mine are the sort that inspired it. I remember overhearing conversations as a child, and know they made sacrifices so that there’d always be Christmas, or schoolbooks. When you consider it like that, I had a more privileged upbringing than many.

[perfectpullquote align=”right” cite=”” link=”” color=”” class=”” size=””]Having spent a few days with my mother – possibly the first time I’ve really done so as an adult – I ran back to the office. If there is a professional post more stressful than my mother’s, I don’t know it.[/perfectpullquote]

But assessing your parents is problematic, because we tend to judge them using standards that we have acquired from social contexts that we’ve only been exposed to because of their labour. I’m highly-educated, and now, I wouldn’t trade that part of me for anything, but I often forget that it was pressure from my parents that forced me to stay in school, and subsequently pushed me towards third-level.

That’s what good parents do, they encourage their children to seek out opportunity. This isn’t just about economic status, it’s about pursuing the labour of love. I’m a public servant, so remuneration isn’t the great motivator in my line of work, but I look forward to Mondays. I am now in a job that I find fulfilling because my parents gave me the support to pursue a career in a field where there is a lot of instability – they were never afforded such opportunity.

Considering my acknowledgement of all this, it’s odd that, for years – actually, until quite recently – I’d have considered my father to be the one at the grindstone. Now, my father is a grafter (in the colloquial sense, in that, he works very hard). He’s the prototypical blue collared worker that fed the Celtic Tiger, but has never been given anything back by a neoliberal Ireland that casts such people aside when the accountants get their sums wrong and the bankers need a helping hand. My mother is a homemaker who has raised four reasonably well-adjusted children, and in my head, it was she who’d drawn the longer straw. Yes, I understood that raising four children – and all the sweat that such entails – was a full-time job, but it wasn’t a full-time job.

Homemakers of Ireland, you are owed an apology. Having spent a few days with my mother – possibly the first time I’ve really done so as an adult – I ran back to the office. If there is a professional post more stressful than my mother’s, I don’t know it. 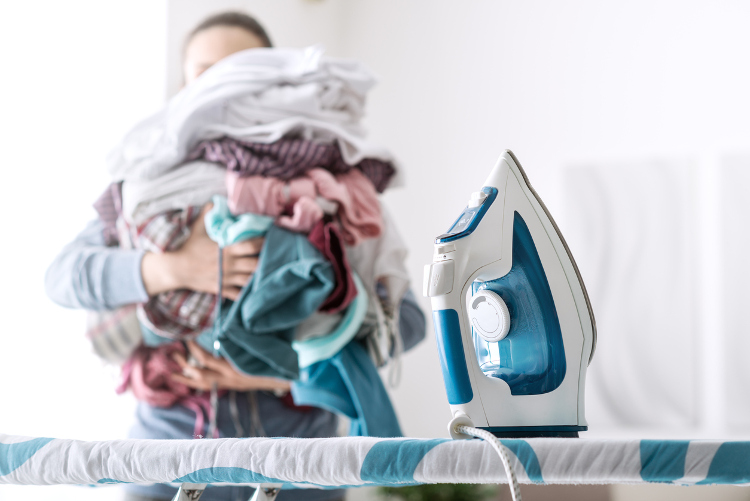 Let me set the scene for you: my parents live in a small end-of-terrace house in Ballyphehane. It’s a lovely home, but it’s small. Small to me meant “easy to clean”. They share this space with my two younger siblings – they aren’t tweeners, they’re proper full-blown millennials – and on weekdays, it also hosts my two nephews, one of which is an infant, the other about to start primary school (I’ve developed more of an affinity with their mother, my older sister, in recent years, which is why I think I’m more X than Y).

[perfectpullquote align=”right” cite=”” link=”” color=”” class=”” size=””]The homemaker doesn’t seem to be afforded any such luxury – we treat their time as though it belongs to us all.[/perfectpullquote]

So, no, small does not mean easy to clean, small means that everywhere is a shared space in which a constant maelstrom of people ensures that nothing stays where it’s meant to be. And the toddler has just found his legs, so you now need to chase after the chaos. They’re extremely well-behaved boys, but they’re kids, they want to test the limits of physics and have all the attention all the time. My mother’s an old hand at this game, but like any veteran, I’m sure she finds the going harder now than she did in her prime.

This is on top of the routine tasks – she is still cooking and cleaning for four, making her way through a constant stream of washing and ironing, attempting to satisfy different palates and dietary requirements. I do a large grocery shop maybe once a month, grabbing smaller bits on the way home as the need arises. A lot of days, I just go to Quay Co-op or some such place and have my meal served up to me. Keeping my mother’s fridge stocked seems like a constant struggle. I would hesitate to even guess the amount of time she spends traversing the aisles in various supermarkets.

Then, there’s her phone. I believe that my mistake – thinking my mother has a lot of downtime – has been shared by absolutely everyone else in her world. Her phone never stops ringing, emitting a constant stream of pings and chimes signifying another quick favour. When someone wants to occupy a slice of my time, they need to send a formal meeting request and negotiate a slot that suits all parties. The homemaker doesn’t seem to be afforded any such luxury – we treat their time as though it belongs to us all.

I’ll give them a call, sure what else would they be doing?

Sure, they can pick that up for me.

I’d better check-in, and sure I can vent while I’m at it.

If the worst happened to me, my employers would find a suitable replacement. The cultural projects I contribute to would stagnate for a while, then get taken up by hands anew. My friends would grieve. If the worst should happen to my mother, a lot of lives would be thrown into serious disarray. It’s not just the practicalities of what she provides, it’s the emotional support.

Like many mothers, she has long been the shoulder to cry on, the keeper of secrets, the punching bag. Her world, and I imagine the world of most other homemakers, is exhausting. There is no headspace. None. I lasted about three days in it, and ran back to the air-conditioned and barista-laden world of exclusively grown-up interactions and statutory entitlements. Homemakers of Ireland, I salute you.

James O’Sullivan (@jamescosullivan
) is Lecturer in Digital Arts & Humanities at University College Cork. He has previously held faculty positions at the University of Sheffield and Pennsylvania State University. His writing has appeared in such venues as The Irish Times and The Conversation. As a poet, James has been published in some of Ireland’s most respected venues, including The SHOp, Cyphers, and Southword. His most recent collection of poetry, Courting Katie, is due from Salmon Poetry in 2017. James is the Founding Editor of New Binary Press. For more, see josullivan.org
.

A Brief History of the Emoji