Recently, Hamptons Floor Store launched an advertising campaign that offended a lot of people. The Crumlin flooring company pasted the slogan ‘Fancy a Change?’ beside a picture of Caitlyn Jenner’s face and urged customers to ‘#GetLaid the Hamptons Way.’ According to TheJournal.ie, the floor store said that they were celebrating difference. Members of the Transgender Equality Network Ireland (TENI) refuted this claim, stating that the advertisement was offensive to the transgender community. 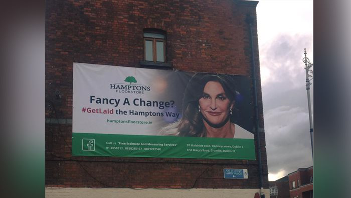 The responses to The Journal’s article and the incident itself emphasise some very problematic issues regarding the use of so-called liberal agendas to, in this case, boost a company’s sales. While the inclusion of Caitlyn Jenner’s image alongside such a slogan is highly offensive to the trans community, it is also curious in terms of society’s fixation on celebrity culture. Whether it’s due to their ad’s offensive nature – or its focus on someone who is essentially leading a reality TV empire – this flooring company clearly wanted to grab the attention of as many people as possible… And they succeeded.

In my opinion, the poster is extremely distasteful. Comparing a new floor to gender reassignment surgery is so outrageously disrespectful I don’t even know where to begin. However, I don’t think Hamptons Floor Store had the intention to be so blatantly and purposefully offensive. Despite their claim that the ad was a “celebration” of the trans community, they were using a celebrity to gain customers; not to raise awareness for a particular group in the LGBT community.[pullquote]While the inclusion of Caitlyn Jenner’s image alongside such a slogan is highly offensive to the trans community, it is also curious in terms of society’s fixation on celebrity culture.[/pullquote]

If that were the case, surely a simple message of support would have sufficed, instead of a sales pitch that caused offense to thousands of people. If they were sharing support, why not use a picture of a member of Ireland’s own LGBT community? Gay rights activist and drag queen Panti Bliss – whose speech at the Abbey Theatre last year was not only truly inspiring but also an undeniably important moment in Irish history – has been instrumental in raising awareness for the LGBT community. From what I can see, there is no discernable link between Caitlyn Jenner and Ireland’s transgender community… Or the celebration of our LGBT community in general. 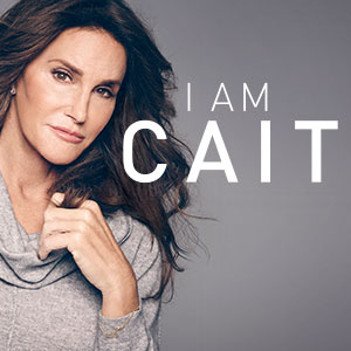 Last month, during an interview on the Ellen DeGeneres Show, Jenner’s vague, noncommittal stance on gay marriage raised more than a few eyebrows. Interestingly, it took her admission that fifteen years ago she was against same-sex marriage for her role as a sort of spokesperson for the transgender community to dismantle. However, what is more interesting is how Jenner became a spokesperson in the first place – through her own notoriety and privilege.

While all support and awareness of the transgender community is extremely important, Jenner’s celebrity status and her Republican ideologies remain an issue. Is it not frustrating that it took the star of an American reality television show like ‘Keeping Up With the Kardashians’ to raise such heightened levels of awareness so suddenly? Does it not reflect negatively on contemporary society that we so desperately need someone as famous as Caitlyn Jenner to collectively care about transgender people?

It may seem pessimistic to assume that many people would not support the rights of transgender people in general, but that’s not what I’m suggesting. The problem is that a lot of support seems to have come out of association. Before her transition, Jenner was already a household name. Following this, the introduction of Caitlyn to the Kardashian/Jenner family became yet another storyline for the reality series. It wasn’t long before there was an interview with Diane Sawyer, a Vanity Fair photo shoot, and a new TV series called ‘I Am Cait.’

Sure, Jenner’s celebrity status ensured that transgender people were no longer hidden from popular culture, but to me it all seemed a little self-gratifying. Kathleen Parker expressed similar sentiments in the Washington Post where she stated:

Caitlyn, like Bruce, seems to need the applause of an audience as much as she needs the transformation itself (…) Jenner surely deserves privacy rather than spectacle.

However, the issue with saying something like this is that it can suggest an apparent lack of support for transgender rights. I can’t speak for Kathleen Parker, but for me this is certainly not the case. I do not, however, think that a rich, white celebrity is the most accurate representation of the trans community. While the struggles associated with Caitlyn’s transition cannot be undermined, the majority of people within the trans community do not possess her platform or her privilege. Although this platform has certainly been instrumental in gaining wider recognition for the trans community, it’s clear that the focus has mainly been on Caitlyn. 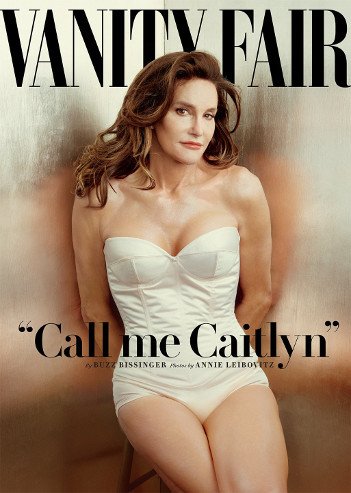 While many praised her Vanity Fair photo shoot, I personally found it a bit contrived. Jon Stewart had his own concerns about the cover, which he expressed on The Daily Show by dubbing Jenner “another woman in America.” Stewart emphasised the visual aspect of the shoot, stating that Vanity Fair treated Caitlyn the same way mainstream media treats most American women – by objectifying them. It’s great to see a trans woman on the cover of a magazine, but the underlying lack of societal progress cannot be ignored.

Now everyone wants to know what Caitlyn is wearing… What’s her secret? Not that many people want to know about the thousands of others who do not have the money for gender reassignment surgery, who do not get to express their true identities, and who suffer from depression and anxiety due to this. Do they not matter as much as Caitlyn?

Clearly, to the mainstream media they don’t. If Jenner is truly a spokesperson for the whole transgender community, then why wasn’t that Vanity Fair shoot a picture of Caitlyn surrounded by dozens of other trans individuals from all walks of life? What about those living in America who are transgender people of colour? How about those who are homeless and transgender? What about all of those people who aren’t like Cait?

The Guardian recently reported on the death of a leading LGBT activist in Buenos Aires. Diana Sacayán was the third transgender woman to be murdered in a month, but she didn’t trend on Twitter. She no longer has a voice. Similarly, docu-series ‘The Pearl of Africa’ tells the stories of people like Cleopatra Kambugu from Uganda, who live in constant fear of death simply for being who they are. Of course, this series hasn’t garnered as much attention as ‘I Am Cait’ or any of the Kardashian specials.

Ultimately, the issue of transgender representation is one that swells way beyond Caitlyn. While America has made many positive steps such as setting up a suicide hotline specifically for transgender people, further steps must be made to ensure a hotline like this is not so desperately needed. It’s also important to remember that transphobia is a worldwide issue. Just as saying you like Caitlyn Jenner does not make you liberal, saying you don’t like Caitlyn Jenner does not make you oppressive.

Everyone around the world should support the rights of transgender people, and this doesn’t just mean watching a one hour Diane Sawyer special. To support a cause you must educate yourself. Understanding the struggles of those fighting for their rights, and actively learning about the history of said struggle, is fundamental to the liberation of any oppressed group. To educate yourself on Ireland’s trans community, you can go visit TENI’s website, which contains lots of useful information and ways you can actively help support the community.

Caitlyn Jenner has not eradicated transphobia, and this conversation shouldn’t stop with her.

Film Review – Crimson Peak Has the Look, But Can It Deliver the Scares?