TO WEAR OR NOT TO WEAR: THAT IS THE QUESTION

James McClean is a young Irish professional soccer player from Derry Londonderry, making his living in England. He writes publicly to his employer to explain his reasons for not wearing a specific symbol on his team shirt.

I wanted to write to you before talking about this face to face and explain my reasons for not wearing a poppy on my shirt for the game at Bolton.

He personalises his respect for those who died in both World Wars. Perhaps in the context of the sensitive controversy he seeks to negotiate, he does not indicate the same respect for all those who died in those wars, far beyond the shores of Britain and Ireland, in uniforms other than British and in no uniforms at all. He is not alone in this. In the throes of remembrance, a great calamity of disremembering is enacted.

I have complete respect for those who fought and died in both World Wars – many I know were Irish-born. I have been told that your own Grandfather Paddy Whelan, from Tipperary, was one of those. I mourn their deaths like every other decent person and if the Poppy was a symbol only for the lost souls of World War I and II I would wear one.

No mention of the Turks, the Serbs, The Bulgars and the Germans among whose ancestors the young soccer player now plies his trade in England and across the world, when he dons shirts for his club, Wigan, and his country, The Republic of Ireland.

His country, the one he represents internationally, is The Republic of Ireland, even though he was born in The United Kingdom of Great Britain and Northern Ireland. And therein rests the dilemma for this young working class man, wresting a living out of his physical skills, his mental strengths and his personal and cultural resolve.

For people from the North of Ireland such as myself, and specifically those in Derry, scene of the 1972 Bloody Sunday massacre, the poppy has come to mean something very different.

It is just part of who we are, ingrained into us from birth. 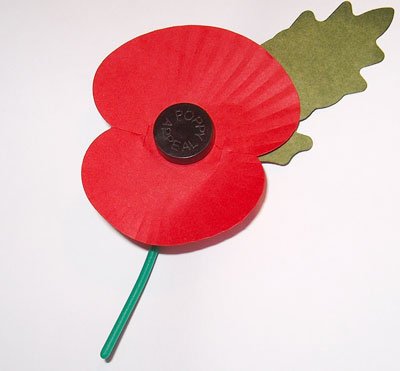 As is the wearing of the poppy. Try appearing on BBC television without wearing a poppy and you will experience a complex, negative and often vicious reaction. It is noticeable the degree to which the militarisation of the spectacle of football matches has increased in recent years. When did soldiers first carry trophies and other artefacts on to the pitch? Could the mayor not do that? Or the nurses from the local hospital?

Power chooses what to validate in our grand spectacles. And Power chooses symbols that validate the power relations in our society, so that we speak the language of power to ourselves. And send our sons and daughters to war once more.

Mr Whelan, for me to wear a poppy would be as much a gesture of disrespect for the innocent people who lost their lives in the Troubles – and Bloody Sunday especially – as I have in the past been accused of disrespecting the victims of WWI and WWII.

It would be seen as an act of disrespect to those people; to my people.

When did players first start wearing poppies on their shirts? Did it coincide with recent wars in the East? And how do we extend the range of people who we language as ‘my people’? The people who we know as ‘us’?

I am not a war monger, or anti-British, or a terrorist or any of the accusations levelled at me in the past. I am a peaceful guy, I believe everyone should live side by side, whatever their religious or political beliefs which I respect and ask for people to respect mine in return. Since last year, I am a father and I want my daughter to grow up in a peaceful world, like any parent.

Do the small actions of one young man make a difference? It is complex and highly sensitive. And for the record, James McClean’s team, Wigan, were thumped 3-1 by Bolton. He came on as a substitute in the 58th minute and was booked in the 86th. Frustrating afternoon all round? Not for Bolton fans.

I am very proud of where I come from and I just cannot do something that I believe is wrong. In life, if you’re a man you should stand up for what you believe in.

The world does not speak. Only we do. The world can, once we have programmed ourselves with a language, cause us to hold beliefs. But it cannot propose a language for us to speak. Only other human beings can do that.

Tittererer’s Digest #2 (feat. Your Bad Self)