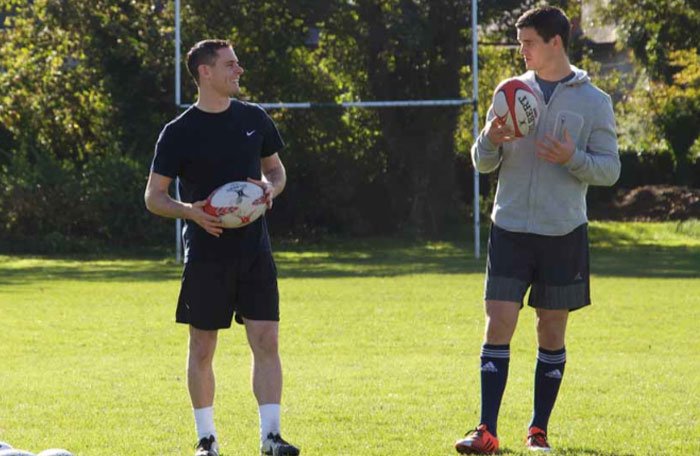 Johnny Sexton and Stephen Cluxton head out to a pitch to discover what drives them, and more importantly, who’s better. The key to this is that it’s not Toyota that drives them, at least not until the end, it’s other mad things like competition, trying to be the best, and winning stuff. They’re both well able to win stuff.

This is one of those interesting interview-turned-on-its-head type interviews. The lads basically talk to each other, and they make each other kick the wrong type of ball. It’s cool seeing Sexton being good at kicking a Gaelic ball straight away, and Cluxton not being great with a rugby ball, but ultimately getting the hang of it. It shows both sides of skill: sometimes you have a natural talent (which you have to work at) and sometimes you just work hard – both ways you reach the same place.

My favourite bits about this are finding out that Johnny Sexton is called ‘Ketchup’ because he has no shoulders like a ketchup bottle, and the bit where he explains the respect the rugby lads have for the GAA lads. It’s a touching moment, and one I’m sure we can all agree with.

There’s another video in this #whatdrivesyou series with Katie Taylor and Paul O’Connell and it’s great too.

Back When Jesus Was Birth Control