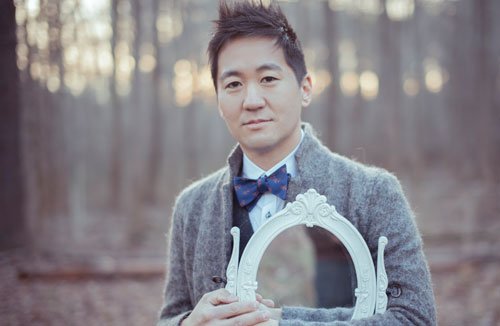 Andrea Cleary had a few questions for the talented multi-instrumentalist Kishi Bashi before his upcoming debut Irish show in Whelan’s, Dublin on 11th October 2014

Is this your first gig in Ireland? What do you plan to do on your short stay here?

As Kishi Bashi, yes. I’ve had wonderful times in the past as a sideman with Regina Spektor and Of Montreal. I’m hoping to take a picture with the statue of Phil Lynott, one of my greatest rock ‘n roll heroes!

Is the atmosphere different now that you’re gigging as a solo project? Do you find there to be more pressure?

Yes. Basically, I feel 100% responsible for how well the show goes.  I want everybody, including my band and crew (and the audience of course), to have a great time. I always have a realistic attitude towards a live performance. When you play live music, especially with all the looping we do and how much we drink, there’s bound to be errors and spontaneity, which will make every show unique.

You’re a master of many instruments, which is closest to your heart? Which features prominently in the early stages of your songwriting?

Writing songs on guitar and piano are a lot easier for me, but could tend to lack the uniqueness of something that I could write on the violin. Violin is the instrument that I’m most natural with, and I try and start with that or incorporate it in the process somewhat.

What artists have influenced you from the beginning? Also who have you been listening to during the tour?

I listen to EVERYTHING, from classic rock to EDM. I’m not kidding about Thin Lizzy though, I LOVE their sound and songs. I’ve recently gotten into Kimbra’s new album. It’s got a full dosage of musicianship, which is something turns me on from time to time.

How did you find the process of self- production on this album, compared to previous projects? Is creative freedom something that is important to you?

I’m a bit of a control freak when it comes to my recordings and mixing. I work with talented Engineers, but I tend to take the reigns when it comes to producing and creativity. I would however like to work with somebody who can sonically contribute something I can’t do, like Dave Fridmann or something.

A lot of the tracks on the album have a big emphasis on storytelling, why is this important to you?

I love stories and movies and the way they move me, but I don’t consider myself a very good storyteller. I use my albums as guinnea pigs and platforms for experimentation. I’m hoping I’ll be very good at in a few years. Bob Dylan to me is the master of storytelling songwriting.

Can Jupiter One fans look forward to another tour or album within the next few years?

I’m very excited about how much freedom I have now. Although we had great chemistry on stage, there were a lot of personality issues that would have to be hurdled.  Zac Colwell is a fantastic producer now, and I’m excited to work with him the future. Maybe?