What Can We Take Away From Our Marie Kondo Obsession?

First published in 2011, Marie Kondo’s The Life-Changing Magic of Tidying Up is back on The New York Times Best Sellers list after Tidying up With Marie Kondo hit Netflix in January this year. The show prompted higher rates of the common New Year’s resolution of tidying up, encouraging many people to clean out the belongings that don’t “spark joy” in their lives, as Kondo says. This includes getting rid of excess clothing, books, and other types of possessions.

On the internet, people debated the validity of some of Kondo’s concepts, such as her statement of only keeping about 30 books in your library to avoid holding onto books you don’t really care about. This struck up controversy among book lovers, who interpreted the advice as suggesting that people throw out their books. However, as with the rest of Kondo’s philosophy, this advice is simply meant to spark reflection in each person; if you realize that all of your books mean a lot to you, and the idea of getting rid of any of your books is upsetting, don’t get rid of them.

For the most part, the show caused viewers to reassess their surroundings and reanalyse the value of the possessions they surround themselves with. The show is speculated to have encouraged a large influx of donations to thrift stores across the U.S., as people feel inspired to finally take the time to rid themselves of items that are no longer of use to them. It seems that in the U.S. especially, where materialism is highly promoted through advertising, the show caused a shift in perspective for many. 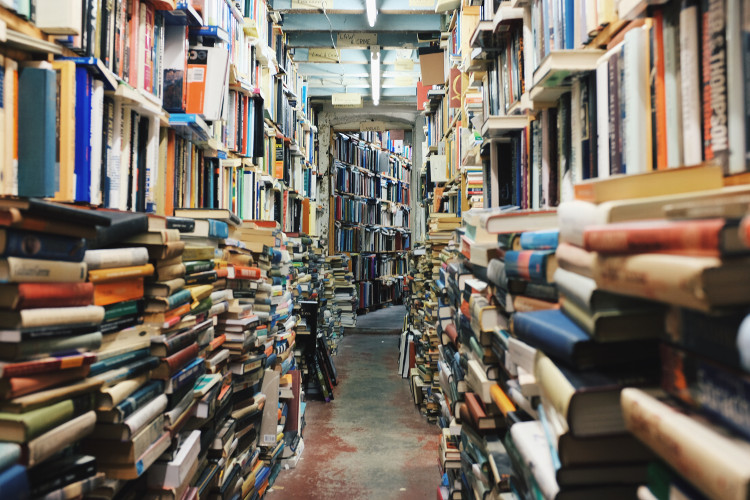 Surroundings Impact How We Operate

It’s easy for many individuals to recognise how our surroundings have a pivotal impact on the way we feel and operate, which is likely why so many people were able to connect with the show. For those who have a lot of clutter, attempting to get rid of possessions can feel like an overwhelming task, no matter how much they want to do it. However, the KonMari method encourages individuals to start by categories rather than tackling an entire room at a time, which not only helps people clean out their entire home gradually, it also helps the process seem more manageable.

Getting rid of unnecessary belongings can be difficult due to emotional connections we often form with them. However, making the effort to tidy up our homes can greatly increase the overall feelings of comfort and satisfaction we experience. Living in a messy home full of unnecessary possessions can make it difficult to complete daily tasks.

Therefore, if you’re in the market to make some life improvements through personal development, consider reading Kondo’s bestsellers, as well as some more concise articles that can help guide you through the self-improvement process. Studying self-help resources can increase the empathy you feel for yourself and others, and it can rekindle hopes and dreams you may have forgotten about. With well-kept surroundings, we’re more likely to feel organised and capable of accomplishing more than we do when we’re weighed down by clutter.

Takeaways on Tidying Up

If these sound like goals you’re hoping to attain, consider taking some tips from Kondo and tidying up your home with her process. There are many methods to declutter. You don’t actually need to get rid of everything she suggests you get rid of, but you should treat her advice as a general guideline when you need structure for the process. Overall, it’s most important to pay attention to your personal feelings and do your best.

However, you shouldn’t let sentiment stand in your way too much, as this will keep you from getting rid of many possessions that truly do weigh you down. After you have managed to declutter, do your best to only buy objects that will replace possessions you already have, or you will soon be back to where you started.

Once you manage to declutter your home and only surround yourself with belongings that are special and useful to you, you’ll begin to notice many new benefits in your life. One common benefit of residing in an organised space is decreased stress; reducing clutter helps your mind relax by giving you less to think about.

While maintaining a minimalist bedroom, for example, it’s important to focus on prioritising important items and getting rid of the rest — excess distractions like posters or a television can prevent you from using the room as it is intended. An added benefit of decluttering is an opportunity to improve your sleeping patterns. Televisions, phones, and other types of technology are known to cause insomnia or difficulty sleeping.

However, by getting rid of items that don’t belong in a bedroom, you will likely improve your sleep. This can help you to achieve your personal development goals, as studies suggest that regularly achieving deep sleep, or REM sleep, can help us better process emotions, which can lead to improved mental health.

This is the whole idea behind Marie Kondo’s approach to tidying up and holding on to possessions. If the item is truly valuable to you, it’s important to hold onto it. However, if there are questionable reasons behind holding onto objects, they’re only holding you back and keeping you from attaining the items that will truly bring you happiness.

Taking the time to reflect on the items we’re holding onto can give us the opportunity to think about the things in our lives we haven’t let go of and the reasons behind that. By letting go of items that we no longer have a use for, we are consequently changing the way our surrounding impact us — and giving our minds the much-needed rest that we deserve.

Is the Back-to-the-Land Movement Experiencing a Resurgence?

How to Defy Autumn by Keeping Summer Alive in your Home