Maybe We Should All Just Go Vegan

A few years ago I was with a group of about 20 backpackers squeezed onto a tiny tin can of a coach on a package tour to Machu Picchu. As we approached the lodgings where we would be staying, one of the tour guides asked if there were any vegetarians onboard so they could advise the cook. A few answered yes, to which I remember thinking – in one of my more private close-minded moments – “Why can’t they stop being awkward and eat meat like normal people.” This is in pretty stark contrast to my more recent considerations of whether or not I – and everyone else – should just go vegan.

This question has been popping up intermittently in my head for about 18 months. And more often than not, the question is “should we?” rather than “should I?” I’m just not confident enough to make the leap without knowing that I have six or seven billion people behind me; or at least most of my friends and family. It also seems like it would be a pretty tough thing to do, and to then maintain. I’ve never even eaten kale!

What sparked this introspection was a conversation, nay verbal attack, which I was subject to at a house party. I knew virtually nobody there, so I was keen to get involved, get to know a few people, and maybe have a story or two to tell the next day. Across the room, there was a guy wearing a t-shirt that said ‘Sea Shepherds’ under what appeared to be a kind of pirate flag. I knew instantly that he was my man. I made a bee line for him, introduced myself, and dove straight in with my opening gambit – “So eh, what’s the story with the Sea Shepherds?”[pullquote]Sea Shepherds introduce a level of mayhem that makes it difficult and unprofitable for anyone to harvest whales or marine life in general.[/pullquote]

Turns out that the Sea Shepherds are a marine conservation group that was founded in 1977 by Paul Watson – a former Greenpeace member who was unhappy with the passive way in which the organisation were pursuing their goals. With the Sea Shepherds, Watson chooses to use direct action. Not only do they confront whale vessels, but they ram them, board their crafts, and even disable ships in the harbour. Sea Shepherds introduce a level of mayhem that makes it difficult and unprofitable for anyone to harvest whales or marine life in general. They claim to uphold international law, stating that they are simply doing the jobs governments have neglected to do themselves. 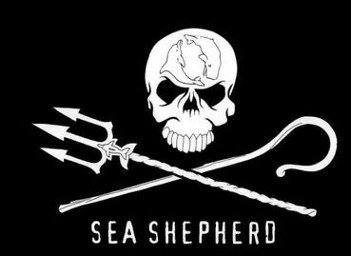 In 2010, the Japanese government served Watson an arrest warrant, which led to him spending fifteen months in international waters eluding the authorities. The Sea Shepherds have been labeled ‘eco-terrorists,’ and were even mentioned in testimony to a US congressional subcommittee on ‘The Threat of Eco-Terrorism.’ The group is also the subject of the Animal Planet reality show ‘Whale Wars’ – which is definitely worth watching to see them in action.

I found all of this pretty easy to sympathise with. It’s not difficult to view whaling negatively; especially since most people seem to be against it, and whale meat has been on the menu in my house somewhere between rarely and never. Whales are also widely known to be among the most intelligent animals on the planet. It’s almost impossible to accept that harpooning one and watching it bleed out over the course of a few hours is okay.

But even though I agreed with everything this Sea Shepherd supporter had said, I had a growing sense that something was wrong. My efforts to enjoy my night and perhaps engage in some light hearted banter were falling on deaf ears. This guy seemed to be speaking to me as if I was one of his loathsome Japanese whalers. And that’s when he started to lay into me for being a meat eater.

He hit me with stat after stat about how the meat and dairy industries are damaging the planet. Millions of acres of forest being cleared for animals to graze, greenhouse emissions from farting cows, energy and water consumption… Never mind the World Health Organisation’s recent publication of research stating that consuming processed meat can actually cause cancer! The list was seemingly endless.

Naturally, I was affronted to be told that I was part of the problem. I made some feeble argument about humans being omnivorous, which were of course challenged. “None of the great apes regularly eat meat!” he said. “There’s no evolutionary evidence to suggest that we should be omnivores!” It quickly became clear that I had absolutely no idea what I was talking about. I left the conversation thinking “Jesus, I could’ve done without that on a Saturday night.” But over the next few days, I started to think a bit more about what this Sea Shepherd sympathiser had said, and I realized that he had mostly been right. 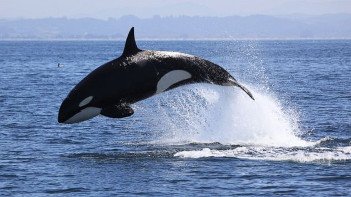 That’s not to say that he was totally right. He was, in fairness, probably a bit mad – but he did leave me thinking about some pretty interesting, if not questionable, accusations.

One of the more initially ambiguous ones was concerned with shark finning. He claimed that over 100 million sharks are killed annually for their fins to be used in shark fin soup – a customary, ever-growing in popularity, Chinese dish. A cursory glance at Wikipedia reliably informed me that the estimates actually range between a 26 and 73 million. It may not be 100 million, but it’s still a lot… Considerably more than the few hundred thousand I had previously assumed. The more I researched, the more sense this guy seemed to be making.

The one issue I still had was understanding how I could be a part of the problem. Most people like to think of themselves as generally good human beings, so it was very irritating and quite inconvenient to find that my actions were being challenged – not just by one Sea Shepherd supporter, but by reams of other people too! 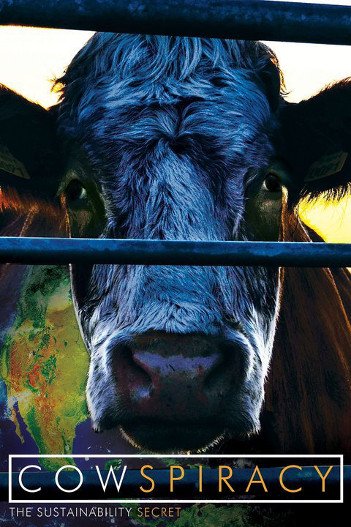 I recently watched a Netflix documentary called ‘Cowspiracy’ which throws up some pretty damning statistics for meat and dairy consumers. According to the programme, livestock and their byproducts account for 51% of worldwide greenhouse gas emissions. As well as this, it apparently takes a massive 2,500 gallons of water to produce just one pound of beef. One. And that’s not even considering the untold misery that’s inflicted upon millions of animals on a daily basis. The life of a battery farmed cow must be one of the most horrendous existences going.

I’m not really sure where this leaves me. Well, maybe I am sure… But the prospect of veganism seems completely unachievable from this vantage point. As a species, would it be possible for us to overcome our addiction to meat to avert disaster? It seems that we only take action when things go from being semi-important to completely urgent. When the environmental impact makes this a critical issue – or we’re all suffering with meat-eating related diseases – the scientists will tell us it’s already too late.

Paddy is a Dublin native, currently exiled in London. He is a commerce graduate with interests that include current affairs, history and travel. If you want to get in touch, possibly to fund some travel writing in South America, you can drop him a line at [email protected]

Poem of the Week|25| PASTIME

Exhibitions: ‘E.gress: A Film Exploring the Twilight World of Dementia’