The three words on everybody’s lips this winter. Most notably Health Minister Leo Varadkar’s, as he continued to push plans for a new bill that would restrict off-licences, supermarkets, and shops in Ireland everywhere from selling cheap drink. Varadkar said that the system would enable a vast majority of people to see “enormous health benefits.” Everyone else told him to stop ruining Christmas.

The full details of the bill were first announced earlier this month. They established a minimum alcohol pricing plan that would enforce a legal minimum price per unit of alcohol, a ban on drinks promotions, and strict restrictions on alcohol advertising before 9pm. One gram of alcohol would cost about 10c, meaning that one unit would work out at about €1.

The days of €4 bottles of wine from Lidl would be long gone, as the bill estimated that nowhere would be able to legally sell a 750ml bottle of wine for under €8.63. Your go-to 70cl bottle of vodka or rum that just always seems to be on special offer would never be on special offer again. Instead, it would cost you about €28. A standard can of beer would set you back at least €1.95. And you can forget all about those massive boxes of Carlsberg that are such a bargain – you’ll be paying by the unit now.[pullquote]Varadkar said that minimum alcohol pricing would enable a vast majority of people to see “enormous health benefits.” Everyone else told him to stop ruining Christmas.[/pullquote]

Essentially, the endgame of the alcohol bill is to stop people from getting drunk on the cheap, to improve everyone’s health, and to regulate the country’s relationship with drink. As well as driving up the price of it, the bill would also ensure that there were strict and distinct alcohol separations in shops, calorie counts and health warnings on all bottles and cans, advertisement prohibitions in child friendly areas such as near schools or on public transport, and the enforcement of fines and jail time for breaches of the law.

Upon the bill’s release, Varadkar stated that the country needed to make these changes to tackle its issue of alcohol abuse. “Ireland needs to change its damaging attitude to alcohol,” he said. “There’s a huge difference between having a drink on occasion with friends, and indulging in regular binge drinking.”[pullquote]For many, the excessive restrictions included in the bill seemed more akin to the actions of a nanny state as opposed to a government that actually trusts its citizens to look after themselves.[/pullquote]

That there is, Leo. And it was the public’s acknowledgement of this distinction that led to such an adverse reaction to the proposition. Everybody knows that alcohol isn’t good for you. It’s common knowledge that drinking less has great physical and mental health benefits. Nobody is doubting the Health Minister’s claim that thousands of Irish people risk their lives every day due to their alcohol addiction. And yet for many, the excessive restrictions included in the bill seemed more akin to the actions of a nanny state as opposed to a government that actually trusts its citizens to look after themselves, while simultaneously giving help to people who truly need it.

Those who drink a lot, but drink responsibly, didn’t want to start forking out twice as much money for a habit they felt they have complete control over. Those who drink in moderation felt they were being punished for the actions of heavier drinkers around the country. Those who don’t drink at all didn’t think they’d really be affected by the bill. However, there still remained those who would be affected, those who the bill was targeting, and those whose lives could be potentially saved by it. 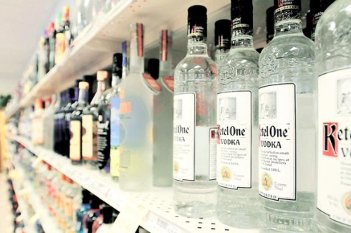 Alcohol Action Ireland have put together a list of benefits that could arise from the introduction of minimum alcohol pricing, including the obvious health benefits, reductions in alcohol related hospitalisation, and the potential saving of hundreds of lives every year. The list also debunks some myths and anxieties surrounding the proposed bill, like the idea that the price of alcohol in restaurants, bars, and pubs would rise too (it wouldn’t), and that many people would lose their jobs (they won’t).

The charity’s list also reflects the real life affects that minimum alcohol pricing has had in places like British Columbia. The Canadian province saw a substantial reduction in the annual 20,000+ alcohol related hospital admissions and 2,000 alcohol related deaths and injuries since introducing the law. Research conducted by the University of Victoria found that by raising the price of drink units by just 10%, the province saw a 30% decrease in drink related deaths.

Ultimately, minimum alcohol pricing makes sense. It has been proven to save lives, reduce hospital admissions, and make everyone that little bit healthier. But what doesn’t make sense, and what people are rejecting, is the impression of control and the potential implementation of such harsh restrictions across the board. Raising the price of drink is one thing, but the assumption that the Irish public cannot be trusted to look after themselves is another.

Following the announcement of Varadkar’s bill, Senator David Norris made some comments about the country’s attitudes to alcohol consumption that ruffled a lot of feathers. Earlier this month, he stated that he supported the proposed legislation as it would stop people on social welfare from drinking.

I don’t spend my tax dollars to buy drinks for people on social welfare, I don’t think tax is for people to be drinking all the time (…) I see them all around my area buying slabs of drinks.

The remark not only suggested that everyone on social welfare spends all of their money on drink, but also that they simply could not be trusted with the money they received. This implication that whole groups of people need to be supervised is probably what caused such an abundant backlash to the bill. That, and the fact that a lot of people don’t want to be spending almost 30 quid on a bottle of vodka.

Either way, it looks like we won’t have to worry about Varadkar’s plans going ahead any time soon. Last week, it was reported that the European Court of Justice ruled that Scotland’s plan to introduce minimum alcohol pricing did not comply with EU laws. Apparently, enforcing such a law in Scotland would lead to market restrictions, and the government has been told to consider alternative options to improve public health, such as raising alcohol taxes instead.

There’s no denying that the vast majority of us love a bit of a drink every now and again. But we also can’t deny that alcohol addiction is a serious issue, that its abuse kills over a thousand people a year, and ruins countless lives in the process. Whether minimum alcohol pricing becomes a reality or not, one thing remains certain – most people are not going to stop buying drink.

But maybe, we’ll be getting a little more annoyed by the cost.

Dating app for the morning after the night before