Having The Correct Opinion

Remember when people strived to be cool? People used to go out of their way to manufacture an air of coolness about themselves. There used to be a universal understanding that if you remained calm and kept your ego-laden-opinion to yourself, you were some sort of infinitely cool character. Unfortunately, the artistry of keeping one’s opinion internal died with dial-up internet connections. (Yes I understand the irony of me posting an opinion about this, @ me if you must).

Objectively, I don’t see this opinion-era to be a bad thing. However, there are very few human things that are objective. We’re all subjective, we’re all biased, and we’re all generally, incorrect. The thing about an opinion is that, it comes with the built in idea that ‘my opinion is right’, and most of the time it isn’t. This doesn’t mean you’re not entitled to your opinion, of course you are. A little awareness of how unimportant it is, however, would go a long way.

This leads to a second point which is: if you’re entitled to an opinion, so is everybody else. Again, this appears to be a cognitive blind-spot for people, and we often see countless opinion holders get dutifully triggered because someone else holds an opinion that isn’t the same as our own, as if this is somehow unexpected or against the rules. The reality here is that every opinion is valid and all opinion are arbitrary.

Now, if we are to assume free speech is a human right (which it currently is) then everyone is entitled to their own opinion. You can say whatever you like. You do need to understand though, that words aren’t cheap, and people get emotional. Nevertheless, all words and contexts aren’t created equally, which means some sentences are more offence-heavy than others. There are things one person can say, and be allowed to say, whilst another person may say the same thing and be ridiculed. Example time: 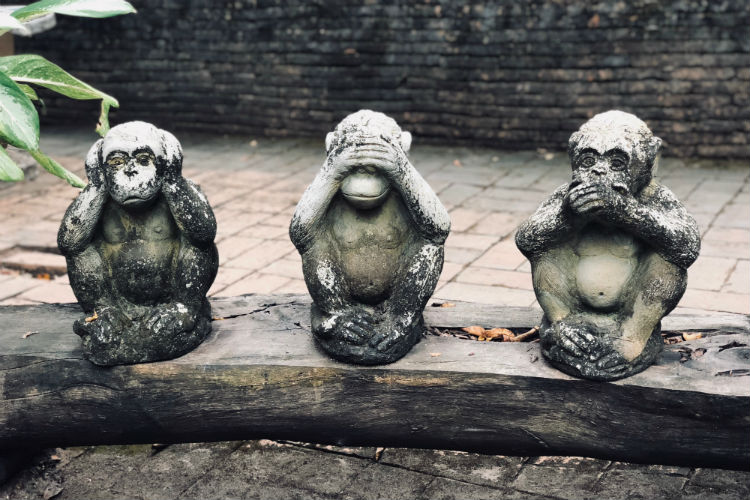 If a gay man were to say, ‘I hate straight men’, this is generally accepted as social justice, equality, anti-privilege etc. Generally it’s ok to say, even though it will trigger a lot of straight men undoubtedly. If you reversed this and a straight man said ‘I hate gay men’, this would result in bigotry, homophobia, and privilege. It would be infinitely more negative and infinitely more offensive, yet it is essentially the same opinion.

My point here is that there is such a thing as linguistic-privilege, and it’s rapidly becoming a serious factor in policing speech and reducing what ‘Free Speech’ actually encompasses. The general reality that’s emerging is this; 1) you can only say certain things if you belong to certain social-groups, and 2) your right to free speech depends on your degree of offensiveness.

The entire issue is a product of identity politics becoming increasingly influential. That is, aligning your political views based on the groups that you construct your identity from. Now, in terms of evolutionary psychology, an idea of ‘us and them’ or in-groups and out-groups, is built in (which is why racism will never totally be gone but that’s for different day) which means humans natural identify salient characteristics and associate themselves with people who are more-similar to them. This creates an incredibly strong sense of us vs. them, which undoubtedly plays a role in which opinions we find offensive, and which ones we find to be acceptable.

The take home point here really is that we’re all entitled to our opinions, but some opinions are more permissible, depending on what narrative currently controls the discourse. This essentially results in two similar opinions evoking polarised reactions based on the social-context of the person talking.

Daragh Fleming is a 22 year old from Cork armed with a BA in Applied Psychology and irrational desire to be a superhero. Daragh is a positive mental health advocate, having co-founded 'Fight Against Suicide' in Ocotber 20016. Two things you need to know; Daragh is a passionate writer, and he's trying to make the world a better place in any way he can.

#38 | Miriam Dowling and Sandra Dillon of the Green Ribbon Campaign

Is the word ‘Phobia’ letting bigots off the hook?