Why K-Pop Fans Were Perfectly Primed for the Revolution

These last few weeks have seen widespread protests across the US in response to the murder of George Floyd by Minneapolis police. In addition to and in response to the protests, many people have come together online to stand in solidarity with Black people, share resources and show the brutality faced by protesters at the hands of a militarised police force. Acts of solidarity and resistance have taken many forms but perhaps the most surprising to Twitter users was the use of K-Pop fancams to interfere with police attempts at surveillance.

Fancams, short videos of K-Pop idols performing, appear under almost any viral tweet, no matter how irrelevant, and because of this are arguably considered one of the most annoying things on Twitter by many users (including K-Pop fans). But opinions about K-Pop fans and fancams would soon change when, in response to the Dallas Police Department asking people to submit footage of protesters via their iWatch Dallas app, K-Pop fans organised to spam the app with fancams. Before long the Dallas PD had tweeted that “due to technical difficulties” the app would be down temporarily. K-Pop fans and their fancams were suddenly good.

If you have video of illegal activity from the protests and are trying to share it with @DallasPD, you can download it to our iWatch Dallas app. You can remain anonymous. @ChiefHallDPD @CityOfDallas

This would turn out to be only the first in a series of online actions K-Pop fans would take to protect protesters’ identities and take a stand against police and white supremacists. Since then K-Pop fans have responded with fancams to several other police requests for footage and have taken over several hashtags, including #whitelivesmatter, #whiteoutwednesday and #MAGA.

LMFAO THE KPOP GIRLS TOOK DOWN THE IWATCH DALLAS POLICE APP WITH THEIR FANCAMS pic.twitter.com/U9qLFbJKl5

Here’s why I wasn’t surprised by any of this: K-Pop fans were primed for this type of online activism. I’m an activist with experience in grassroots campaigning. I have been an activist longer than I’ve been a fan of K-Pop and a BTS ARMY. Since becoming more aware of and involved in K-Pop and ARMY Twitter I’ve seen how effectively and efficiently fans can organise within their own fandoms, whether it’s to defend their idols against unfair criticism rooted in xenophobia or to stream a new release. K-Pop fans are consistently organising online to make up for the ways in which the Western music industry and media fail to include and promote these artists. The very streaming methods K-Pop fans use are currently being adopted by people to stream monetised videos raising money for bail funds and grassroots organisations. They are expert organisers. 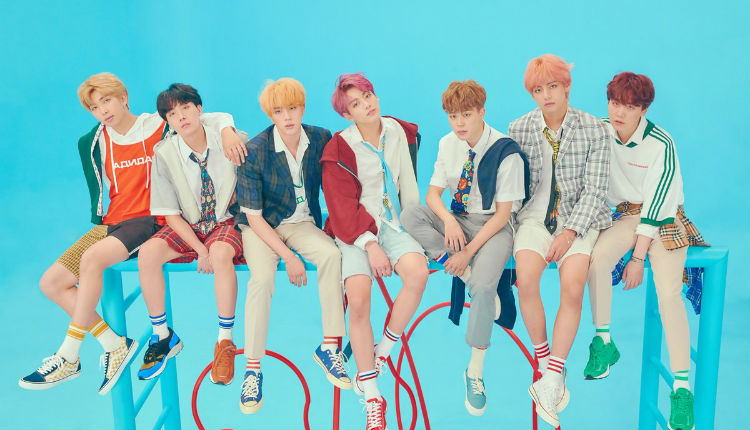 Even if we just look at BTS ARMY, their in-depth knowledge of the music industry and how charts work, things they’ve taught themselves, is something they use to call out the industry and draw attention to discrepancies in how BTS chart versus their actual sales. They are responsible for large scale projects both online and off, like the Purple Ribbon Project and Korean fans donating their ticket refunds to Covid-19 pandemic relief after BTS concerts were cancelled due to the virus. Just last weekend, BTS ARMY, with the help of fan-led monthly charity project One In An ARMY, raised over $1 million dollars for organisations fighting racial injustice in less than 24 hours after news broke of BTS’ donating that amount to Black Lives Matter. Online organising is not new to these fans.

Despite a lot of misconceptions online, K-Pop fans are not a monolith. And while many of the “K-Pop fans are good now” memes are funny (sksksks anyway stan Jungkook), they ignore that this is a diverse group of people from various backgrounds. It can be easy to forget that when you see thousands of similar looking profiles with idols as their icons. But some of the biggest tweets in the last week spreading vital information for protesters and allies were from those K-Pop stan accounts. There are fans from Chile and Hong Kong who are able to share their personal experiences of protest. There are fans who are medical professionals and professors and activists. And there are fans who are none of those things but through fandom have developed certain skills and learned how to mobilise. The assumption that all K-Pop fans are teenage girls is false, and beyond that the assumption that teenage girls aren’t engaged in politics and social issues is wildly inaccurate and misogynist. Like any large group of people, they are every age, race, nationality, religion, gender identity and sexual orientation. This is precisely what makes K-Pop fans a global network of people who can spread and boost information quickly when they have shared goals.

Often though, they don’t have shared goals. The assumption that K-Pop fans are one cohesive group also ignores the fact that frequently fans are more divided than united with “fan wars” being common between stans of different groups. More seriously, many fans experience racism and anti-blackness within their own fandoms and are being silenced when they try to speak on these issues. And while these actions have been inspiring and one of the few sources of levity for a lot of people recently, it would be disingenuous to discuss them without also acknowledging the negative aspects of K-Pop fandom, and fandom in general. A hugely important part of activism is to look within our own communities and listen to the people voicing their concerns. We have to truly listen to Black fans and fans of colour and we have to hold our own communities accountable when they don’t. Without that, everything else falls short.

K-Pop fans aren’t good now, and they weren’t bad before. They are both and everything in between, and they are a force to be reckoned with. What the actions of some K-Pop fans these past weeks have shown is that we are stronger when we direct our energies towards fighting injustice than when we fight each other.

Ciara Ryan is an activist from Dublin, Ireland. She has experience in grassroots organising and has been involved in several high profile campaigns in the last few years. She’s learning Korean in her spare time but swears it isn’t just because of BTS.

I Know That Face | Ken Watanabe

Up To 90 | Magic Doors, Rob Kardashian and Little Britain