“The Grand Experiment,” — these are the words founding father Alexander Hamilton used to describe the United States’ Democratic Republic. That was in 1788. Were you to compare what constitutes a “progressive” political idea in 2019 to the policy of Hamilton’s day, you might not be surprised to find we’ve come a long way in 231 years.

Despite being cast as the protagonist in the recent musical bearing his name, Hamilton might have been quite surprised to see some of the advances we’ve made. But he understood the dynamic of our nation as one of growth and change. That’s a concept conservatives seem to have abruptly chosen to dig their feet in on, and we simply cannot allow ourselves to go backwards.

I’m tired of being told that things are better now than they once were, so I should be grateful. Can I not be grateful for what is while fighting for what should be?

The Rhetoric of Ungratefulness

America is one of the only places in the world that proclaims itself to be “the greatest nation in the world.” There’s a notion that is sewn into our national identity that to be American is to wholeheartedly endorse American leadership. If you choose this approach, tread carefully, because it’s a slippery slope.

We have a robust economy that provides people jobs and thanks to this, many enjoy a fairly high standard of living. We have developed infrastructure that ensures clean water and electricity to many people. We have access to luxuries like high-speed internet and yes, we have higher ethical standards than many parts of the world that afford minorities less opportunity. Heck, just as recently as a 100 years ago, only 7% of Americans had access to the facilities needed to brush their teeth.

A lot of things have changed for the better, and we can recognize that. Does that mean there isn’t room for more progress to be made?

Too often in recent times it’s been suggested that nothing short of nationalism constitutes patriotism. I’m tired of reading articles telling me I’m “coddled, pampered and overprotected.” I can recognize the areas in my life in which I am of a privileged class. However, my generation is growing up burdened with student loan debt in one of the most expensive and difficult times for a low-to-middle class individual to find a job and pay for housing. I also live in a country where every 92 seconds, a citizen is sexually assaulted, and 80-90% of the time that victim is a woman.

Those are just a few issues that directly affect me, off the top of my head. There are so many others that affect folks far less-privileged than myself. And the fuzzy conservative logic that us change-makers are met with says to stop pushing your luck, making requests and challenging social norms that “clearly work.” Accept that marginalized groups like African Americans, LGBTQ individuals, women, the poor and the cancer-stricken firefighters who served on 9/11 and now have to implore congress for funding so they can receive life-saving healthcare, have it “good enough.”

Accept that it’s better to turn a blind eye to the parts of our system that cry out for improvement: corruption, campaign finance, immigration policy and so on. Accept mediocrity for your fellow Americans because the system takes care enough of most of us.

No. That’s not the American way. It’s not an ideal that anyone who lives in this country should promote, much less be proud of. It is shallow, short-sighted and narrow-minded — a convenient comeback to a collection of uncomfortable truths about how much more we could do to realize the principles this nation was created to uphold. What’s frightening to think is, some of the same people who accuse social justice activists of being “ungrateful” know this, but prefer not to question the status quo.

Change Is the First American Value

You want to be a patriot? Understand this: We should never forget that we are a nation of immigrants. The United States of America was founded by people seeking religious freedom, built on the idea that nobody should be persecuted for their beliefs. That ideal has been challenged more than a few times. In the course of writing history, we’ve thrown away a lot of crappy rough drafts. That’s part of the process. Spirited conversation about which direction the nation should be going is a good thing. To become insular, to deny that conversation, is a slap in the face to the people who founded this country.

“Identity politics” is a new term for a conversation that dates back to the beginning of our nation. You hear it in the news quite often these days and that could be because the movement that created this rhetoric and coined the term “identity politics” is having a moment right now. Conservatives, led by a powerful group of old, white men, are taking the stance that after 230 years, America has achieved the right amount of change. Pat yourself on the back, everyone. You did it.

Except that there’s clearly so much more work to do. Yes, we have a wonderful place to live. That doesn’t change the fact that the motifs of discrimination and corruption can still clearly be seen in our daily affairs as a country. Take the Trump administration’s outright denial of climate change, for example. An issue with repercussions that affect the entire planet, and long-term impacts that will make no preference between white men and the rest of the world when the day our damage truly catches up with us comes. And yet, our leaders have chosen to ignore it to protect the interests of a few people who enjoy a comfortable existence thanks to occupations insensitive to the environment. 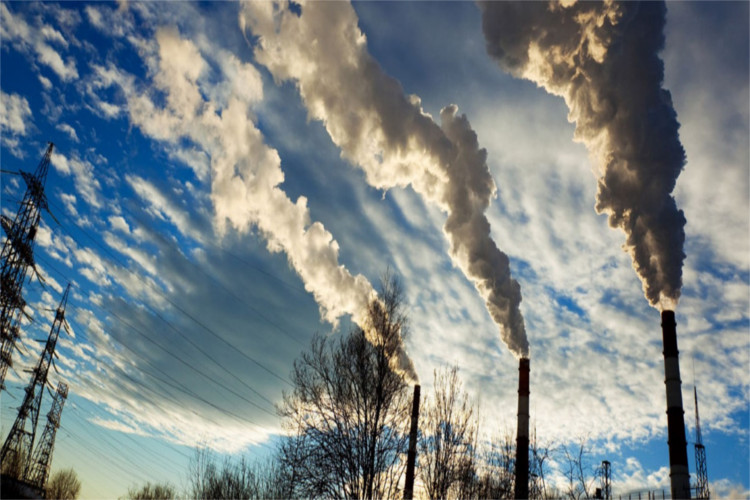 When presented with this dilemma, some might even ask the question: “Can we deter those effects and keep these people employed?” If you’ve done your homework, you probably know the answer is a resounding “Yes.” But that transition might be uncomfortable and the changes we fear the most are often those that involve some level of discomfort.

The parallels between the marginalised groups seeking a fair shake today and the ex-patriots who founded the U.S. are actually stiflingly obvious. Yet, over the course of generations, the progeny of those first Americans have become too comfortable. Too many have decided things might be better if we could all just agree that a system rigged in their favour is the land of equal opportunity that we set out to build. It is not.

To Those Who Call Me Ungrateful: I Say You Are Complacent

A legacy of progressive action has led us to this moment. It started over 200 years ago as immigrants from new places arrived on American shores and demanded fair treatment. If you’re someone of Irish, German or Italian lineage and you’re living in America, the only reason your place in this society is protected is that generations ago your immigrant great grandparents stood up for something. They forced this nation to question whether it was living up to its own ideals.

An experiment always involves at least one control group, a known quantity that is unchanged which allows you to measure the results of your undertaking against it. If the aim is to produce a positive result, you may have to attempt two, three or four different ways to improve on your control group. Things might get messy, and you could even hurt yourself in the process. But you’ll undoubtedly get a more refined result or answer at the end.

If we think of the privileged group that American policy tends to prioritise — namely, white, able-bodied, rich men — as the control group, you begin to see the parallel. And to be sure, if you remove all other quantities and only observe your control group, what you’re doing is no longer science.

Lying to ourselves about the things America still has left to fix isn’t a show of gratitude. If we really want to show how much we appreciate the things we’ve built as a nation, we should be willing to rise to the challenge of fixing what is still broken, and continue building a nation that is better for all, not just “good enough for me.”

Episode XXVIII: The End of The Fianna