As if Netflix hadn’t made us happy enough by finally releasing the third season of House of Cards last Friday, the  streaming site decided to make everyone that little bit happier this week by announcing the release date of another Netflix original show, Orange Is the New Black.

The good news is that we won’t have to wait too long, as its release date worldwide will is the June 12.

The Netflix original, which began in 2013, follows Piper Chapman (Taylor Schilling) as she serves her sentence for a crime she committed when she was young and portrays the life of everyone involved in the women’s prison.

After the second season was released last summer, there were rumours flying around on social media that the show had been cancelled. This caused much worry among fans of the show and resulted in outrage on Twitter. However, the rumour turned out to be a hoax started by satirical website, Empire News. Many fans breathed a sigh of relief after as the second season ended with a BANG! (literally). The television programme proceeded to win three Emmys awards last August, and was nominated for seven more.

At least now fans can relax as the third season has officially been added to this year’s Netflix schedule and, better yet, they will only have to wait for three months before they can binge watch the whole season. Season three will also have 14 episodes, one more than the previous two seasons.

INMATES, listen up! @OITNB is not cancelled. Here's @thedanieb and @UzoAduba on set for season 3: pic.twitter.com/8L32IYmMQU

However, there is some bad news for Jason Bigg fans as, according to website Variety, Netflix confirmed that he will not be returning to the programme this season. Last month the actor who played Larry Bloom, Piper’s fiancé (well ex fiancé), told the New York Daily News that his character won’t be featuring in season three, but that doesn’t mean he’ll never be back on the show.

Netflix announced the release date of Orange Is the New Black along with the rest of its summer programme schedule. The website will also be launching two new productions in June: What Happened, Miss Simone a film documentary based on the life of singer and civil rights activist, Nina Simone and Sense8 a sci-fi thriller from the makers of The Matrix. 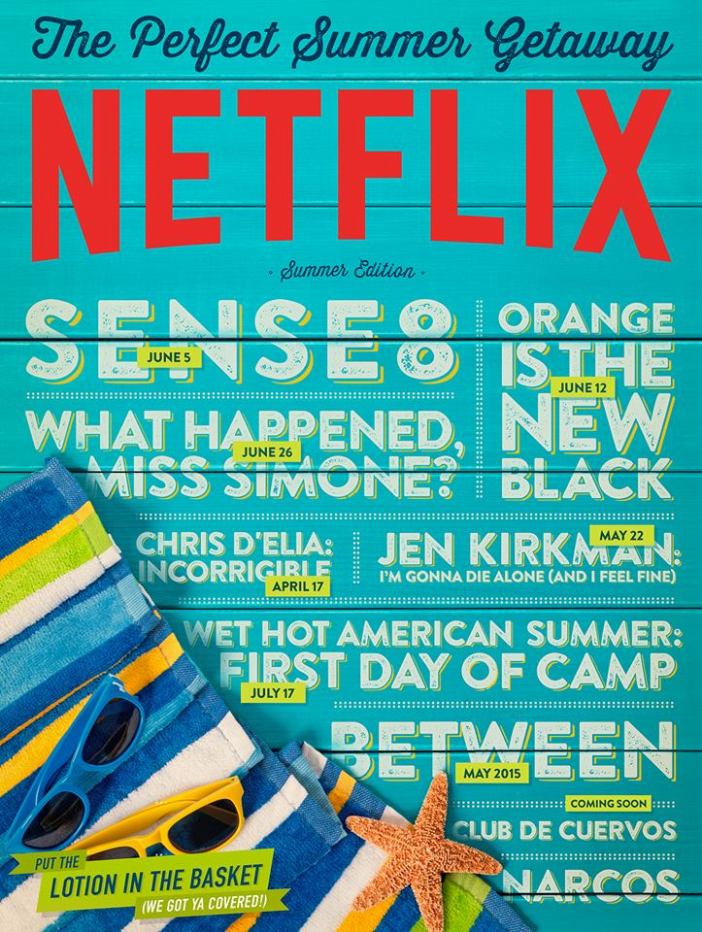