For as long as I can remember I have been an ardent music fan. I remember a quote from Morrissey where he said that as a teenager when he bought a record, he would smell the vinyl on the bus on the way home. Now I would never profess to being as discerning and cool as a pre-cancellation Morrissey but at the time I remember thinking there was no smell from vinyl. Though sometimes the fresh covers smelled like raspberry Chubba Chups. Like Morrissey (yes I’m aware of what I’m writing)… Like Morrissey, I always loved the hallowed moment of opening a gleaming new CD single on the bus. Sometimes, if you were lucky, you got a thin slice of silicone dust, a remnant of the pressing, inside the case. I relished the first squeaky spin of a newly minted CD single in it’s shiny plastic case, more than I ever would the four remixes of the track I had just bought.

But in 2003 the world changed a little bit. I always considered myself a techie and I read an article about the new phenomenon of mp3s and the looming threat of file-sharing. The idea that the future of music might no longer involve the clatter of CD Racks or the FUUUUUUUUUMPH of vinyl records flopping onto each other was genuinely horrifying. But I was very excited by the possibility of always having my whole music collection with me. There was literally no Eternal B-side that would not be within my grasp as I navigated my paper round.

It was heady stuff. Most importantly it meant that getting music would be easier. Nothing needed to be shipped and it was cheaper. As a paperboy I had limited funds, most of which were funnelled into my interests in the docklands; Virgin Megastore on Aston Quay or Freebird Records when it was under Bus Stop Newsagents on Eden Quay. It was indeed easy to get mp3s. In fact, it was too easy. 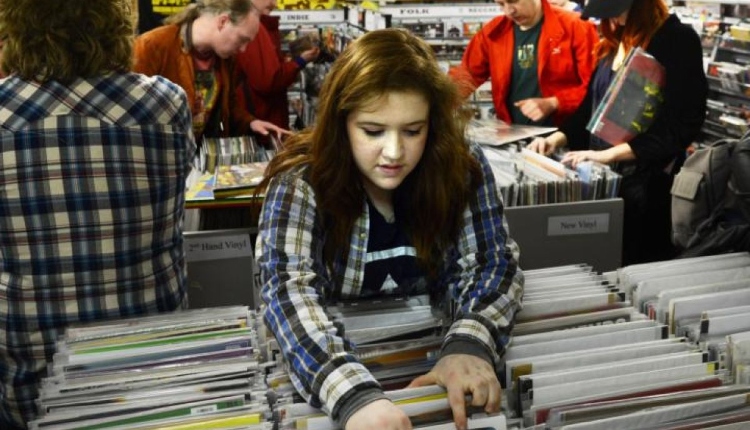 I continued to read about the exciting prospect of music leaking on file-sharing sites. Unreleased tracks, live versions, even demos. It was very exciting. I thought of the many times I had missed a CD single of a song that had flopped and been deleted before I had bought it. That song was then gone forever. That wouldn’t happen with mp3s. Yes, we were losing the complimentary artworks of CD single 1 and CD single 2 but we were sticking it to the music industry man! That felt fair. A couple of weeks later while trawling a file sharing site I believed I had found an unreleased Wilson Phillips track which turned out to be a track by early 80s girlband Exposé. The shame descended. I had been a fool and my love affair with digital piracy and the theft of intellectual property ended and I went back to my heaving book cases filled with CDs.

As we all know, what actually happened is the music industry collapsed and the opportunities for new artists evaporated because there had been a shift. That few years of a music vault free-for-all had reframed consumer thinking: music isn’t something you pay for. It is only in the past few years with the resurgence of vinyl that music consumers are getting back to paying properly for music.

Streaming services became an apologetic attempt to salvage the industry. Monthly fees to give the illusion of free music but not handing over the money at the point of acquisition. The screw-the-little-guy-to-save-the-big-guy streaming model ring-fenced bigger artists and decimated others. Just 13% of the revenue earned by Spotify is paid to artists who provide the content. Yet it remains the go-to streaming service for the almost-free music model. But free costs. Fiona Bevan, songwriter for Spotify heavy-hitters such as One Direction and Lewis Capaldi, recently revealed to a digital, culture, media and sport select committee inquiry into the economics of streaming that she had earned just £100 from streaming for a song she co-wrote on Kylie Minogue’s new album “Disco”; one of Spotify’s biggest albums of 2020. Nile Rogers made the point to the same committee that artists don’t actually know what a stream is worth because of non-disclosure agreements between record labels and streaming services.

The idea of free is an interesting one in creative endeavours. A number of years ago the Edinburgh fringe introduced the free fringe. Shows you could walk into and pay what you think the show was worth at the end. A concept which should have left the destitute performers even destitute…er. If a show was good, word spread quickly and the audience were more than happy to pay the equivalent of full-whack by chucking the money into the bucket at the end. The only caveat was the lack of quality control, but in a saturated market you really only heard about the good shows.

The same is true with podcasting. 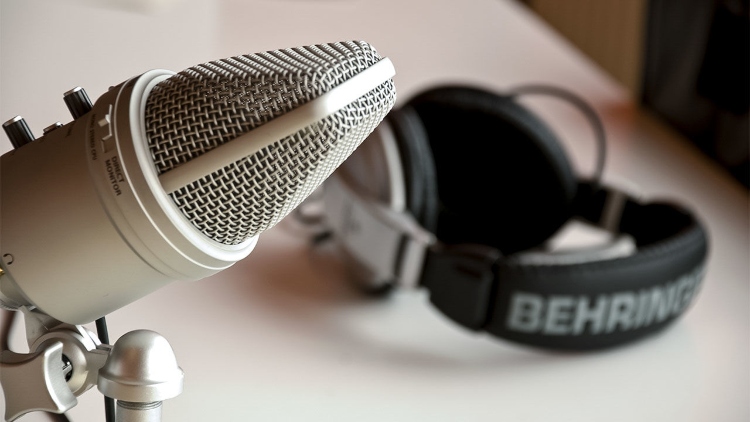 At a time when every artist in the world is locked up, the market has never been more saturated. The great irony is an industry based on the worldwide dispersion of a free product is thriving and experiencing massive growth. But what is podcasting doing right?

In the arts the concept of poverty and a lack of prospects is actually quite freeing. Apparently. I presume the idea is; if you are willing to starve for your art then surely you are only willing to create what you truly want to create. So if you’re going to make a podcast, you already accept that it is unlikely that you are going to make money from it, so you might as well make the show the way you want to make it because creating it might be its only reward. This has led to creative people making something that they are passionate about, the way they want to make it. Whether or not a show finds an audience is in the lap of the marketing department.

A while ago I was asked why I don’t make more podcast episodes and I said because every episode takes about 5 days to make. I then realised that I had made 50 of them so essentially it was an unpaid working year. While I never expected to make money from the show, I was left slightly reeling from achieving, no, SMASHING, that goal.

Podcasting has emerged as one of the most intimate forms of entertainment. We listen on earbuds; they speak to us. When you connect with a podcast it is like finding a new best friend and you can be as needy as you like. You binge the whole lot and wait each week for the RSS to refresh with a new episode. With such a strong connection it is unsurprising that supporting shows to keep the lights on has become the norm. Shows have launched merchandise, parlayed into live shows and launched subscriptions for premium content. Essentially, more of what you like, in return for paying for what you already love.

I think that sounds fair.

Gearóid’s podcast, Fascinated, is part of the HeadStuff Podcast Network. Season seven of the show has just begun and the first guest is Samantha Mumba. The show will drop a new episode the first Monday of every month. Gearóid is on twitter and instagram. You can support him, and all the shows, at HeadStuffPodcasts.com

Gearóid is a stand-up comedian from Dublin. He has appeared at comedy festivals all over the world and is also a writer and podcaster. His podcast "Fascinated" features amazing guests with wonderful stories. He lives with his boyfriend in Dublin and his life revolve around the whims of kitten called Boots.