After many weeks of periods making headlines there has been a slight lull in the menstrual news cycle, so it seemed like as good a time as any to get back to basics and reflect on language. For the longest time periods, if they were spoken about at all, were referred to as a woman’s issue or a woman’s problem or troubles. We have invented an almost infinite number of euphemisms, from the Curse, to the Crimson Wave, to Shark Week, to avoid having to mention the word menstruation, though arguably Shark Week is a far more graphic description than any medical term associated with periods.

When menstruation finally became a topic acceptable in public discussion it was relegated to certain approved spaces, particularly women’s health magazines and gynaecological manuals like Every Woman – ironically written by a male doctor – as if they were of little concern to anyone other than the female half of the population.

Well this is the 21st century folks and things, thankfully, have moved on. We have period emoji’s, menstruation on the red carpet and gynaecological manuals like Our Bodies Ourselves that recognise and celebrate diversity. As our understandings of the body, gender and sexuality evolve, binary conceptions of gender which reduced the human experience to penis = male and vagina = female are increasingly seen as erroneous, obsolete and exclusionary.

Similarly, our language is evolving to reflect the diversity of human experience, and the fluidity of both gender and sexuality includes people who identify as gender fluid, non-binary, gender queer, gender non-conforming, intersex, trans or cis.

So the question is how we can make our language when discussing menstruation, a biological function which for centuries has been attributed to a category of human known as woman, less binary and more inclusive?
The gender/sexuality (r)evolution has also, finally, began to change how we understand and speak about menstruation.

Menstruator, rather then be seen as nullifying the category of women, should be seen as a term that can help us understand that menstruating is not inherent to a specific gender. As feminists, many of us have fought for a long time to overcome the biological determinism that has tied the fate of women to our reproductive cycles.

Likewise when talking about menstrual hygiene products, the tendency is to imitate language used by the so-called ‘fem care’ industry which is incredibly gendered. According to Lunapads: the concept of feminine hygiene is “rooted in outdated, binary assumptions about sex and gender that uphold cisnormativity by centering cis bodies as natural, while simultaneously classifying cis women + trans and nonbinary people who menstruate as unnatural or inherently flawed. That’s like quadruple the patriarchy.”

Some elements in the industry are beginning to catch up. The pioneers for inclusivity in the menstrual hygiene industry are, unsurprisingly, independent companies that bring safe, ecological, gender neutral menstrual care alternatives to the market and who actively promote inclusivity and understanding of the need for gender neutral language, products, packaging and advertising. 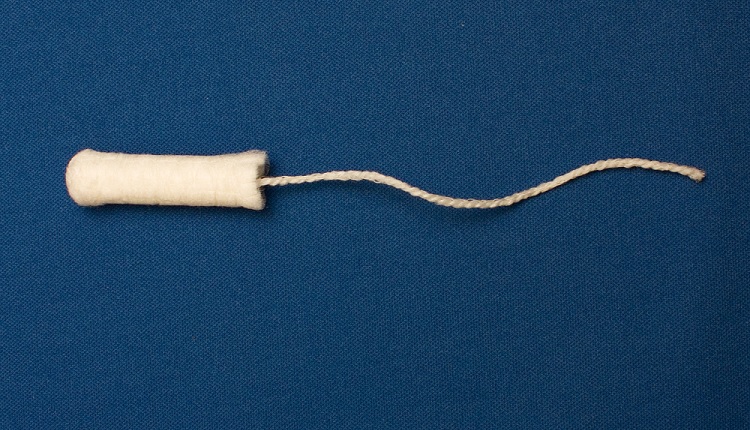 As a cis-gender woman, writing about sexual and menstrual health, there has been a sharp learning curve for me in terms of making my writing inclusive, and I have had to question many prejudices I didn’t even realise I have. I generally try to use menstruators or people who menstruate in all my writing on this topic, but I have, on occasion, referred to women or girls when quoting directly from research that was based on interviews with women and girls exclusively. The fact that much of the (very little) research that exists on menstruation is designed to focus on cis women and girls is a reflection of how far we still need to go before menstruators becomes mainstream.

I’m sure I have made many mistakes and put my foot in it on more than one occasion. I feel the only way I can remedy this is by reading diverse writers widely, including diverse voices and linking to resources that are sensitive to the broad spectrum of genders and sexualities.

On that note Toni the Tampon, is a wonderful resource that I draw on time and again to check myself and my language as I develop this column. Toni’s creator, Cass Bliss, developed the comic to raise awareness of the experience of menstruators who do not identify as women:

“Someone who menstruates might identify on any number of points on the multidimensional spectrum of gender, but that doesn’t mean that we get to exclude them from the menstruator community. Those of us who get periods and do not identify as women have enough obstacles to get through while we’re bleeding that we really don’t need the extra burden of being erased from existence when it comes to the experience of menstruation.”

Our world is evolving but our lexicon often does not reflect the diversity and complexity of the human experience nor the forms of being and ways of living that fall outside the neat binary boxes of male/female. Adopting the terms Menstruator and menstrual hygiene/care is only the beginning.

The Periodic Table | 5 | On the Reusable Rag

The Periodic Table | 3 | A Step Towards Free Periods in Ireland

The Periodic Table | 1 | A Period Emoji is Coming