As Irish Water begins to send out the first round of water bills, protests continue, fresh controversy hounds the utility company and the debate over non-payment rages on.

Although the country is divided on its opinion of water charges; it is in everybody’s interest to improve Ireland’s water infrastructure, but also to campaign for Irish Water to be guaranteed as a public amenity within the Irish Constitution. Independent TD Catherine Murphy has repeatedly called for a referendum to enshrine water as a public amenity in order to protect it from privatisation and commercialisation in the future. Other TDs and the Green Party have also suggested this idea.

[pullquote] “The utility company will have to charge at least €500 per household in the future just to cover costs. [/pullquote]

It may seem a bit excessive, but if we actually consider how important water is to us and how valuable it will be in the years to come it is a perfectly logical and reasonable move. During the anti-bin tax protests in the early 2000s, various promises were made by the then Fianna Fáil-PD government that the service would not be privatised, but by 2012 Dublin City Council’s bin services were handed over to the private company Greyhound under the current Fine Gael-Labour Party coalition. The only way to guarantee that water services remain in the hands of the public is to enshrine this in the constitution so that it cannot be changed by the government of the day.

Water charges in other countries are much higher than the figures seen in Irish Water’s current bills, but as Stephen Donnelly wrote in the Irish Independent earlier this month, the utility company will have to charge at least €500 per household in the future just to cover costs. Last year, delegates from the Detroit Water Brigade joined the protests against Irish Water in Dublin. The group was campaigning against the high costs of water in the US, which are too expensive for many poorer families. Although water in Detroit is publicly owned, the group says that people who cannot pay their bills have their water cut off. According to the group’s website 40% of Detroit’s population is having their water cut off. Meanwhile Boston has some of the highest water prices in the US, Boston Water and Sewer Commission charges the average one-family residence $992.56 (€927.13) per year.

In 2000, violent protests erupted in Bolivia after the country’s water supply company, Semapa, was privatised. The public utility was bought by Aguas del Tunari, a subsidiary of US company Bechtel, and as a result water rates were immediately raised by 35%. Bolivia is one of the poorest countries in South America and these price increases led to massive protests by citizens from all classes, across the entire country. Eventually the privatisation of the water company was reversed.

Many companies have begun to invest in water, because it is seen as the oil or gold of the future. In fact, in Nigeria a litre of safe drinking water is usually more expensive than a litre of petrol. A report issued by UNESCO earlier this year states that there will be a 40% shortfall in the world’s water supply by 2030 unless its use and management is drastically changed. Another report published by the OECD in 2012, Environmental Outlook to 2050, also says that the world’s demand for fresh water is likely to grow by 55% by 2045. Estimates of the number of people currently suffering from water shortages range from 450 million to 1.3 billion people. Profiteering companies have taken notice of the increasing shortage of this most basic need.

The 2012 documentary Bottled Life, which is available to watch on Netflix, looks at the commercialisation of water focusing specifically on Nestlé, the largest food and beverage company in the world. It is the largest bottled water company with more than 70 brands which make the company $9 billion profit per year, according to the documentary.

Nestlé’s Chairman, Peter Brabeck, certainly appreciates the value of water as he has made comments like, “We’ll be running out of water long before we are running out of oil” and “I have often wondered what is the single most important factor that could ensure a company continuing for another 140 years and I always come to the same conclusion- water”. Although the UN declared in 2010 that access to clean water and sanitation is a human right, Peter Brabeck believes this is an extreme view; he believes it should be a commodity, like food.

Bottled Life looks at Nestlé’s Pure Life bottled water, which is aimed at developing countries. Pure Life is purified ground water with added minerals. The documentary shows how the company uses the local ground water in Pakistan to create their product. Although it can be argued that Nestlé is making the water clean and safe for the people of Pakistan, their product is targeted at those with high incomes while the local well used by poorer people in the village beside the Pure Life factory has run dry.

This informative documentary also shows that this can take place in the developed world. In the town of Fryeburg, Maine in the US, Nestlé bought the water rights on a piece of private land where it pumps out a million litres of water from a well every day. It planned to create a second well to produce more of this mineral water and when the town of Fryeburg tried to stop it, Nestlé sued the town until it won its case in the highest court.

It is striking that Nestlé packages American ground water and then sells it back to the American public to make a profit, particularly at a time when many US states are suffering from drought. California, Nevada, Oregon, Texas and Oklahoma are particularly bad at the moment. Earlier this month, the Governor of California imposed mandatory water restrictions to deal with the four-year drought. He is aiming to reduce water usage by 25% in the state. The move comes after California’s snowpack, which usually supplies a third of the state’s water, was at the lowest level ever recorded. 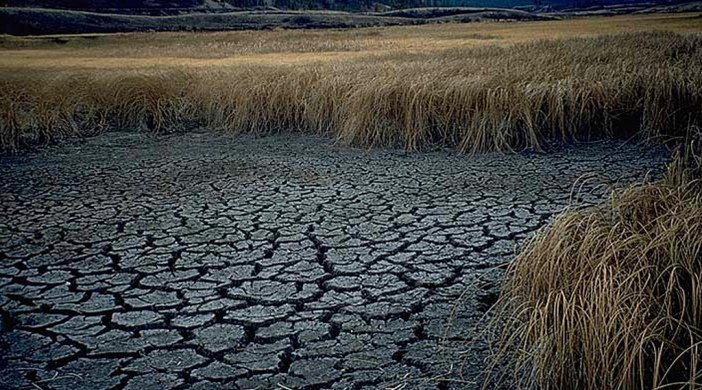 It is evident that water is a precious resource and that it is set to become even more precious in the near future. Ireland is lucky enough to have a plentiful supply of fresh water and there is no doubt that there are many companies that would like to take advantage of this. Regardless of whether or not you agree with Irish Water and water charges, we should all ensure that the utility company remains within the hands of the public and that it is completely protected from privatisation and commercialisation into the future.

Review | Tyler, The Creator finally starts to grow up on the uneven ‘Cherry Bomb’

Police Shootings Are Becoming All Too Familiar

The Week On Twitter: Hozier Defends SSM and VinB Baffles

The Week On Twitter: Marriage Equality, The Eclipse and Russell Crowe