Same-Sex Marriage from an Anthropological View

Terry McFadden looks at the upcoming marriage equality referendum from an anthropological point of view to make a case for a more nuanced understanding of same-sex marriage. He examines different forms of marriage around the world to argue in favour of a Yes vote in next month’s referendum.

The primary concern for the No campaign in the same-sex marriage referendum is how far a yes vote would stretch the meaning of the social/legal construct of marriage so that it covers beliefs, behaviours and customs different from traditional Irish Catholic ideology and constitutional reform without losing its shape altogether.

Gay Rights in Ireland: Past and Future

[pullquote] “Homosexuality wasn’t decriminalised in Ireland until 1993, despite its presence in all socio-economic sectors of Irish society, including the Catholic Church… [/pullquote]

In 1988, the European Court of Human Rights decided a more pressing monumental issue; the case of Norris v. Ireland improved the legal and social standing of a minority of Irish citizens seeking common recognition and equality under the law. David Norris claimed that Ireland’s archaic criminalisation of certain homosexual acts was in violation of Article 8 of the European Convention of Human Rights. The ECHR found in favour of Norris, vindicating him after an eleven year legal battle with what was described as “a backward-thinking Irish judiciary”. Homosexuality wasn’t decriminalised in Ireland until 1993, despite its presence in all socio-economic sectors of Irish society, including the Catholic Church, a fact which has only come to public acknowledgment in recent years.

In a society which has undergone unprecedented social and cultural change in a profoundly short period of time, Irish voters are now required to make a judgment on a relatively tiny section of our fellow citizens whose sexual preferences, on the face of it at least, do not seem to fit neatly into the dominant form of ‘traditional’ man-woman marriage within the state. But how and to what extent can a yes vote really change the shape of marriage? To answer this question and to encourage a more informed reflection on this issue, I have turned to those most expert on the human condition – anthropologists.

[pullquote] “This forced Gough to disregard sexual access as a key element of marriage and to instead define it in terms of the legitimacy of offspring… This is currently an issue for gay adoption and child support rights. [/pullquote]

In an analysis of marriage among the Nayar, a polyandrous society in India, Gough found that the group lacked a husband role in the conventional sense, yet the institution functioned quite well. Likewise in the west, unitary roles were often divided between non-parental residents (uncles, aunts etc.) in times of economic hardship whereby “social fathers” took temporary or permanent responsibility for a woman’s children, for example as a result of emigration. Lovers in western and non-western marriage have also acted as the socially accepted pro-creators of offspring, including in property and social perpetuity for absent or dead fathers.

In Nayar society, men often enjoy the legal rights to a woman’s child in cases where such rights are required, for example because of the inability of the male to procreate. This forced Gough to disregard sexual access as a key element of marriage and to instead define it in terms of the legitimacy of offspring. Therefore, marriage was redefined as “a relationship established between a woman and one or more other persons, which provides a child born to the woman under circumstances not prohibited by the rules of [the] relationship… accorded full birth-status rights common to normal members of society”. This is currently an issue for gay adoption and child support rights.

Other forms of marriage have been observed to function equally well. In 1997, an article by Duran Bell  in Current Anthropology described marriage as “a relationship between one or more men (male or female) in severalty to one or more women that provides those men with a demand-right of sexual access within a domestic group and identified women who bore the obligation of yielding to the demands of those specific men.” This means that the family of the husband, which have paid a bride price, have a right to the woman’s children even if her husband passes away. Bell refers to both males and females, because women, as well as men, within the family can stand in as the “social fathers” of a wife’s children.

In many countries throughout Africa and Asia, levirate marriage is also practiced; this means that if a woman’s husband dies, his brother has an obligation to marry the widow and she is obliged to marry him. In Sudan, Nuer tribes practice ghost marriages, which is a slight variation of levirate marriage. In this case, if a husband dies and his brother steps in, any future children are considered those of the deceased man. This form of marriage reflects Catholic views whereby God, the absent spirit husband of Mary, sanctioned the legitimacy of Joseph as the stand in father.

There are therefore as many different forms of marriage as there are interpretations. For instance, polygamy, marriage of more than two partners which is practiced by Mormons, allows a woman to marry ‘in’ to a marriage. While bigamy is illegal in most US states, this form of marriage has been accepted as socially and religiously legitimate within Mormon society. Polyandry is another form of marriage, whereby a woman is married to more than one husband at a time. There is no marriage bond between the husbands, only social obligations which are equally as binding.

A recurrent theme in the variety of definitions of marriage is the range of obligations by which marriage is itself also constituted. These include norms and prejudices based on legislation or social values, including how different relationships transform and become accepted over time in different societies, take for instance arranged marriage within the Japanese royal family. Debates have bordered on the personal in relation to the legitimacy marriage represents for individual partners in areas such as human productivity. One of the oldest bug bears of marriage (forgive the cliché) in dominant Irish Christian thinking is the ‘tradition’ of the contractual rights – sexual, economic and social – of males over females. Yet, while not so well known, this view of marriage has its precedent in western secular thinking.

Marriage and Misogyny in Catholic Ireland

In Ireland, the overwhelming context by which marriage is defined is the family. It is first and foremost the basic site of production – social, economic, political, cultural, and biological (Daly, 2002). This has institutional backing in Irish law through the constitution, Bunreacht na hÉireann 1937. Under Article 41.1 the state promises to “protect the family”, while recognising families’ “inalienable and imprescriptible rights, antecedent and superior to all positive law”. Social obligations are affirmed under Article 41.2 whereby the state is required to ensure that “economic necessity” does not oblige a member “to engage in labour [the mother/wife] to the neglect of her duties in the home”.

[pullquote] “In the 1970s, marriage in Ireland required a legislative corrective to a common sexual bias, which pertained in Irish society and enshrined in Irish constitutional law that the woman must be subservient to her male ‘partner’ in marriage… [/pullquote]

In Ireland up until the 1970s a husband retained exclusive sexual, as well as property, rights over his wife under the law which would equal any ‘primitive’ society on earth. Wives were the property of their husbands. The family itself was the spiritual property of the Catholic Church, an institution which enjoyed a moral monopoly over biological reproduction and even sexual intercourse in the past.

In the 1970s, marriage in Ireland required a legislative corrective to a common sexual bias, which pertained in Irish society and enshrined in Irish constitutional law that the woman must be subservient to her male ‘partner’ in marriage, including upholding her obligation and the church’s priority to biological reproduction. In short, marriage could only properly function as a locus of male domination and control through such subjugation.

Whether we accept or reject gay marriage by referendum is a personal choice, but it has profound consequences for gay people. It is as profound as the 1920s suffrage movement concerned with the rights of female voters, a status which was equally objectionable to many.

As a single heterosexual male and a trained cultural anthropologist, I am in favour of the right of marriage choice for same-sex partners. I believe same-sex couples should enjoy the same choices I have.

Below, I have set out a series of general premises I consider crucial to my arguments on the necessity for a yes vote. I deem these are necessary in order to engage in a more inclusive debate on the main tenants of the upcoming referendum on this most important of issues: 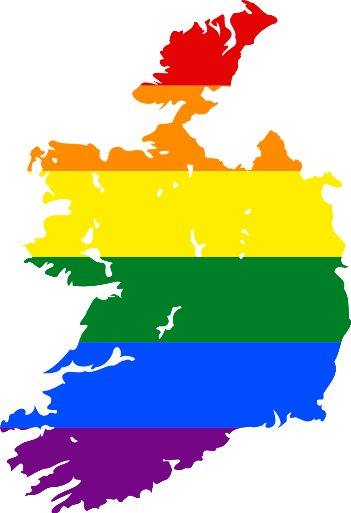 I have not touched here on the other forms of marriage of which polygamy, while not possible to enact under Irish law, is nevertheless practiced and socially facilitated in Ireland. To understand gay marriage as proposed under the upcoming referendum, we need to view it first as a necessary legal relationship between contractual parties and second, as an essential social institution with all of the attendant obligations enjoyed by heterosexual couples.

The legislation sorts out for us who the parties are: man and man, or woman and woman. Our job is to consider what rights and values such an institution is likely to grant or to threaten. We must take even greater care to ensure that all our citizens are treated equally under Irish constitutional law. We heterosexuals need to consider who we are to deny the rights of transfer we ourselves have the option to enjoy through marriage. We need to carefully consider, beyond any prejudice we harbour, what rights are currently being denied, will be assigned and distributed and to whom. We can no longer deny to others – our fellow citizens – the rights we expect, enjoy and take for granted.

Terry Mc Fadden is a Doctor of Human Geography and trained Cultural Anthropological field researcher. His specialisation is behavioural in relation to Rural Development in Socio-Economic/Cultural context. He is a published author with upcoming publications in the areas of field-research, European Union policy, Irish domestic policy and business sustainability. As an emigrant to the U.S. in the 1980s, he is currently turning his attention to the experiences of the new generation of Irish emigrants and the unemployed at home who have suffered most as the result of Irelands economic collapse. He was a contributing member to the Chicago-based Irish-American Alliance, a social organisation concerned with building relationships between both communities. His professional interests range from Russian literature to landscape research, technological effects on society and social change. He enjoys rugby, football, motorcycling, hiking, and aircraft.

10 Poems for the YES Vote for Marriage Equality