Before we delve into the murky lands of powerful men, let’s never forget that while all this is happening, Rita Ora is in public wearing a bathrobe and a towel, showing the wonders that lie ahead when we truly stop giving a fuck. I aspire to be at this level of bravery by the end of today.

Before we begin todays scarlet sermon, let’s have a brief recap on ways to avoid being scarlet.

Now, that we have established some of the ways to not be scarlet, let’s take an investigative look into people who looked scarlet in the face and said, ‘hold my dick’. 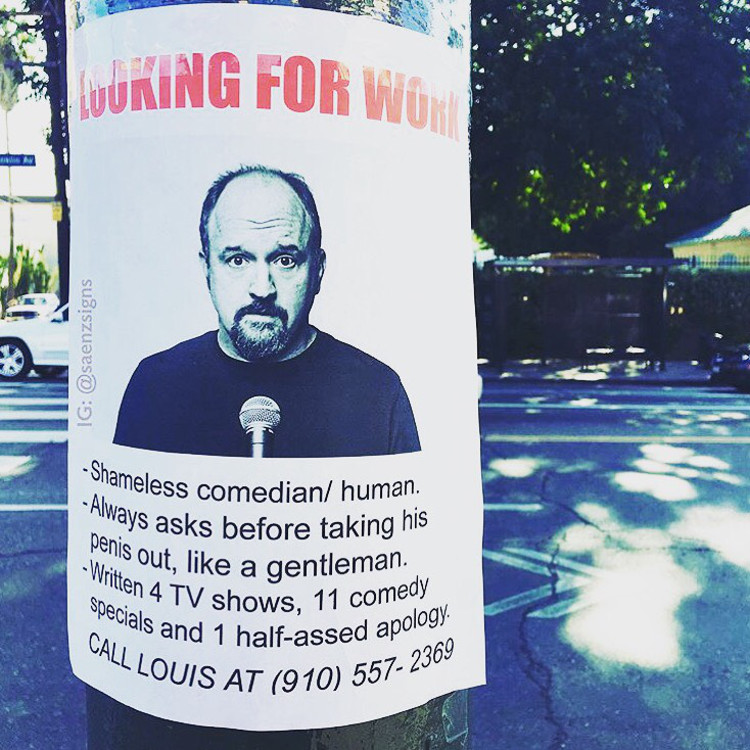 Christ, draining the swamp is exhausting, isn’t it? Either men are denying they even live in the swamp, or admitting that they only visit the swamp because everyone that lives there admires them so much. Be rude not to go there and show everyone your dick.

Insert Louis CK, your boyfriend’s favourite comedian. Harvey, Spacey, Roy Moore, they have all been brutal. Abhorrent. Predators. Off with their heads. It seems to be easier for men to rationalise with these crimes. These are clearer cut. The guys are MONSTERS!

Louis CK though, his shit has huuuuuuuuurt. From his behaviour, to his statement that was NOT an apology, to the reaction from A LOT of people men, it has been the clearest example to me of how a lot of men still do NOT FUCKING GET IT. If there was a movie made about how the subtle every day patriarchy works to silence women and uplift men, it would be Louis CK’s story. It goes like this.

Utilise the most important tools of patriarchy that are at your disposal. Your penis and your power.

Use one hand to hold a mic to remind people that you are a man and your word is golden. Become known as a feminist comedian, use this to create some of your most well-known work including this piece on how men are the biggest threat to women.

Use your other hand to take your penis out in front of female comedians, your colleagues, and remind them who has the real power here. Make them watch your admirable power while you offload your shame on them, to carry around.

When asked about said abuse, use your most powerful tool, the one that is the easiest. Silence. Shush them away. Ignore it. Deny it. Keep reminding people that YOU GET IT. Keep telling your “truth”, while denying others theirs. Then, when your tools break. When they have been taken away. Use your backup plan. White, male redemption. Write a statement aimed at white men. Admit to it but don’t apologise. Remind them who still has the power. Name all the ways you are powerful. All the ways you have been admired.

And wait for your redemption.

If you don’t believe me, Louis himself even wrote a movie about it.

Because he gets it. He has ALWAYS got it.

Two months ago, Louis CK had said his accusers were spreading “rumors.” His fans continued to revere him. Under pressure, he has now confessed and awaits patiently his redemption. There is a script, and men know it by heart.

Let’s take a break for a second and appreciate Seal in his quest to perfect scarlet.

Now back to everything being the worst.

I avoid talking about Lena Dunham because life is too short. However, to deny an alleged sexual assault PUBLICLY, regardless of what “insider info” you have, is careless & selfish. If your friend is innocent, that will be proven. Your public statement hurts survivors.

I want to see all the men who have done toxic shit have their reckoning. I also want to see women who participate in the same toxic shit and call themselves feminists to FUCK OFF!

Lena ‘believe women’ Dunham got herself in yet more shit this week, by releasing a statement defending one of her friends against a rape allegation. Actress Aurora Perrineau has alleged that ‘Girls’ writer Murray Miller raped her when she was 17 and he was 35.

‘Why don’t women go to the police if this happens?

Why don’t women speak out?”

Aurora, a woman of colour, did both. Filed a police report and spoke out. White “feminist”, Lena Dunham, then runs to the defense of her friend calling Aurora a liar publicly and defending her friend.

“During the windfall of deeply necessary accusations over the last few months in Hollywood, we have been thrilled to see so many women’s voices heard and dark experiences in this industry justified.

“It’s a hugely important time of change and, like every feminist in Hollywood and beyond, we celebrate.

“But during every time of change there are also incidences of the culture, in its enthusiasm and zeal, taking down the wrong targets. We believe, having worked closely with him for more than half a decade, that this is the case with Murray Miller.

“While our first instinct is to listen to every woman’s story, our insider knowledge of Murray’s situation makes us confident that sadly this accusation is one of the 3% of assault cases that are misreported every year. It is a true shame to add to that number, as outside of Hollywood women still struggle to be believed.

“We stand by Murray and this is all we’ll be saying about this issue.”

She ended the statement saying she would not be talking about this again but of course, she did. She always does. Her “apology” came out hours after her original stament.

Here’s a brief recap of it.

I’m so naïve. Here’s my perspective.

But of course, everyone deserves a second chance. And third. And fourth. 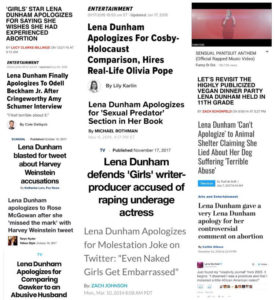 Barry Walsh and his bitches

Another person relegated to the upside down was, Barry Walsh, who resigned from Fine Gael last week for comments he made against female politicians and activists on twitter. Or as he likes to call them, Bitches. 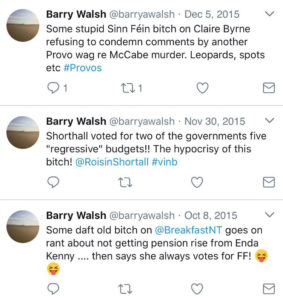 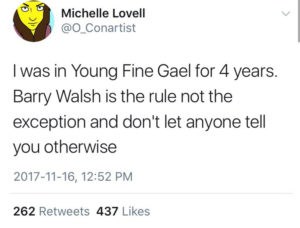 At least the leader of Fine Gael knows what he’s doing.

In a bid to be more inclusive, People magazine had middle aged, blind people, vote for this year’s sexiest man alive and the result was BLAKE SHELTON.

Which wouldn’t be true if he was literally the ONLY man alive.

“The only thing necessary for the triumph of evil is for good men to do nothing.” There comes a time when one can no longer stand by quietly as our society chooses a dangerously unqualified man. So today, I break my silence to ask… Blake Shelton? Really?

Give thanks to our Lord

But as always, when things get a little too hard, when we start to question our faith, our Lord and Saviour comes to rescue us. This time by blessing us with a sighting of the ‘Holy Twins’ and reminding us that even though in life there is lemons, there is also Lemonade. Psalm: 7:11, The Blue Ivy Testament. 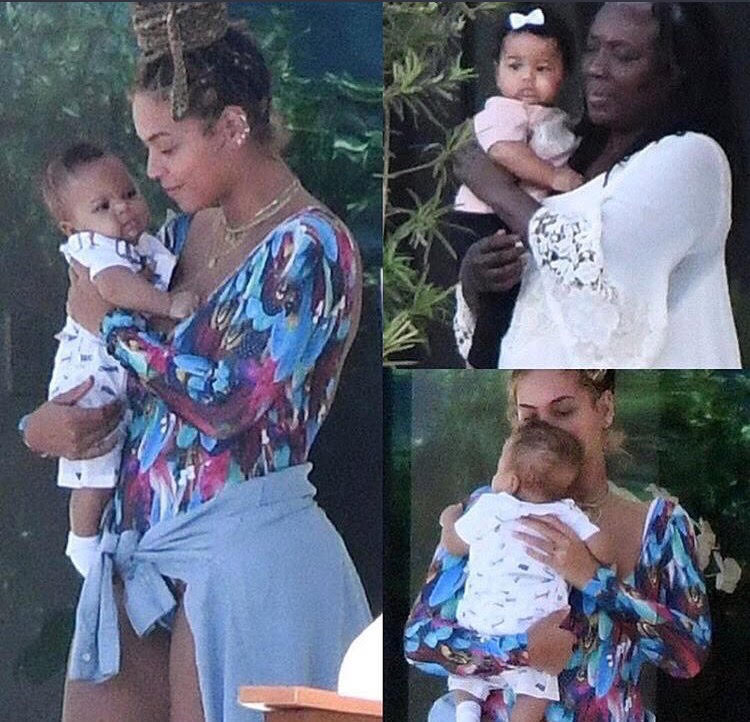 I leave you all with a final prayer to get us through 2017. Go in peace my friends to love and serve our lord. 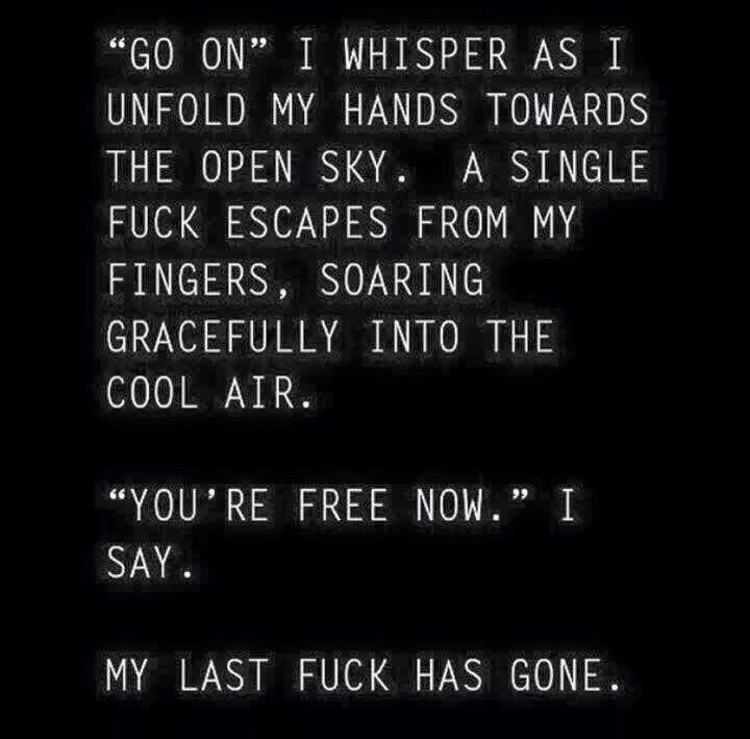