2015 saw the publication of some amazing popular science books for curious people. Whether you’re buying some last minute gifts for the hard-to-buy-for, or just want something stimulating to keep you awake after that massive Christmas dinner, scientists and non-scientists alike will love these in their Christmas stocking.

This is Your Brain on Music 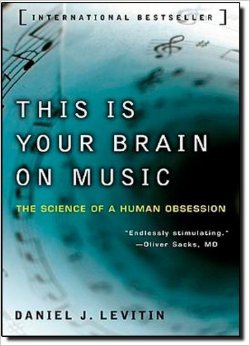 They say authors should write what they know and Daniel Levitin is a rock musician and studio producer turned neuroscientist who knows a lot about music. Levitin takes the basic nature of music and music listening apart and explains it. This brilliant book will completely change how you think about music. 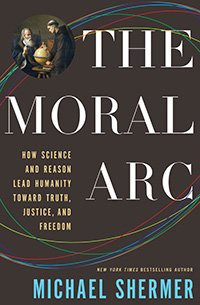 Well if you needed one more reason to read HeadStuff Science here it is – science makes humanity better. Michael Shermer makes a bold claim that we are living in the most moral period in history backed up by lots of data. Despite the wars, poverty and terrorism the 21st century is, according to Shermer, the most humane era yet.

We’ve all wondered about the science behind fiction. Could teleportation, flying cars, spaceships, time warps and floating candles become a reality? Charles L. Adler uses (mostly) secondary level maths to explore the possibilities of everything fiction from StarTrek to Harry Potter.

Touch is a sense that sometimes doesn’t get as much limelight that the other senses taste, smell, hearing, and sight receive. Neuroscientist David Linden wrote this book on touch for the non-expert and it is a fascinating read. From itches to orgasms Linden tells you all you need to know about this sensuous sensation.

In Origins Jim Baggott covers over 13.8 billion years of creation in the universe in one volume. Published in 2015 it is the most up-to-date single-volume book on life, the universe and everything.

“And although we know (or think we know) much about our origins, there are still many gaps and some pretty big mysteries. For the incurably curious among us there is much still to learn.” – Jim Baggott 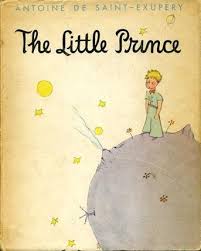 This is the perfect children’s book to spark interest in space travel. Unlike the rest of this list it is not a new book but a much beloved classic from 1943 by Antoine de Saint-Exupéry. It is about a prince who fell to Earth on an asteroid. Gift this to the special little person in your life and watch yet another generation fall in love with the little prince’s story.

The Last Word column in the New Scientist allows readers to ask all manner of questions about the world. Previous edited volumes of these questions and their strange answers include Will We Ever Speak Dolphin?, Do Polar Bears Get Lonely?, Does Anything Eat Wasps? and, Why Don’t Penguins’ Feet Freeze? This time editor Mick O’Hare tells us to Question Everything! It makes a great Christmas gift for anyone curious about the world and it is a great book to dip in and out of for people with busy lives. 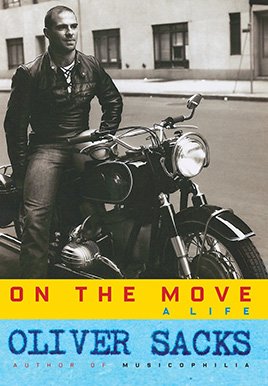 On the Move, A Life by Oliver Sacks

No 2015 book list would be complete without paying tribute to the life of Oliver Sacks who died last August. Sacks published his last book, a memoir, in April 2015. In it he talks honesty and humorously about his life as a young neurologist, his struggles with addiction, his love life and all the people he’s met and who influenced him. If you haven’t read Sack’s amazing insights into the human mind start reading them now. The Man Who Mistook His Wife for a Hat is a good starting point. For those of us who have already read them On the Move is a wonderful account of an incredible man’s life.

Anxious dives into the world of anxiety that a large percentage of us suffer from. It is a science rather than pop-pyschology book but if the thought of getting into the details of how our brain generates anxiety doesn’t make you anxious then this book is worth the read. The author, Joseph LeDoux, looks at the idea that past memories help our brains predict future outcomes and at the role this plays in creating anxiety. In the past we’ve thought about fear and anxiety in all the wrong ways but by taking on board his approach we may be able to lessen the burden or even cure chronic anxiety. 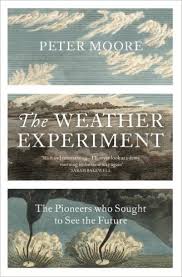 Peter Moore’s bestseller tells an exhilarating history about the people who advanced weather forecasting including Francis Beaufort, who quantified winds, and Admiral Fitzroy, who invented a storm warning system in the nineteenth century. Moore tells the history of meteorology with passion and this is the perfect book for science or history enthusiasts or anyone who likes to talk about the weather. Here’s a free extract.

Jeffrey Lieberman tells the history of psychiatrists from the inside. A former president of the American Psychiatric Association, Liberman’s book tells of all the weird, wonderful and dangerous treatments that psychiatrists have used over the years and traces how psychiatry went through rehab itself to become the respected profession it is today.

In the past few years autism has been talked about more frequently but Steve Silberman challenges how we perceive it. Neurodiversity is important and in the past we’ve often shunned those who were autistic. This book paves the wave for a more humane society that includes many different ‘neurotribes’. This is fascinating must-read.

Einstein And His Masterwork

2015 saw the celebration of 100 years of Einstein’s general theory of relativity and there were lots of books published on it. We chose Einstein And His Masterwork to represent them as best selling popular science author John Gribbin explains the most difficult concepts in physics out there with complete ease. His latest book tackles Einstein’s general theory of relativity on it’s hundredth anniversary. If you’ve ever wanted to learn more about the 20th century’s greatest mind now is the perfect time.