I love listening to science podcasts, reading papers and scientific books. In a science podcast I listened to the other week, the hosts spoke about how some classic paintings by non-scientists actually have scientifically accurate elements, this sparked my interest and I thought about writing a piece for HeadStuff.org when I got the chance. Then last night I was watching the TV series Sherlock, it was the episode where Sherlock had ten seconds to prove that a painting was a fake or else a little girl dies… He looked frantically at the painting and in the last second said that the comet in the painting was not scientifically accurate because it wasn’t seen until long after the painting was supposed to have been completed… Good job Sherlock! Again, this made me think about genuine works of art which include scientifically accurate information.

I did a quick search of in the internet but expecting to find loads of different blogs with lists with the most scientific pieces of art, but I never came across a single one. So here you are an exclusive (to my knowledge) list of several art works which are scientifically accurate.

I would really like this piece to be interactive so if you know of any pieces that I have overlooked please tell me about them in the comments below. 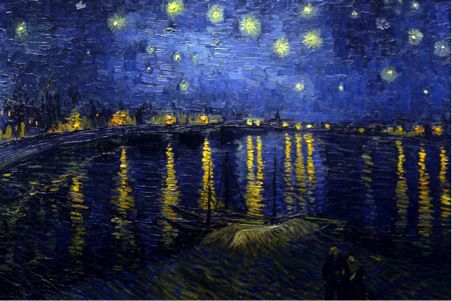 This painting is really spectacular. It was painted by Vincent Van Gogh (1853-1890) in September 1888 and depicts the Rhone River in the French city of Arles.

This painting merits its place in the list because the stars in the sky are accurately represented, if you know your astronomy you should be able to find the big dipper and the North Star Polaris.

This painting is currently on display in the Musée d’Orsay in Paris, France.

Adoration of the Magi by Giotto di Bondone (1304) 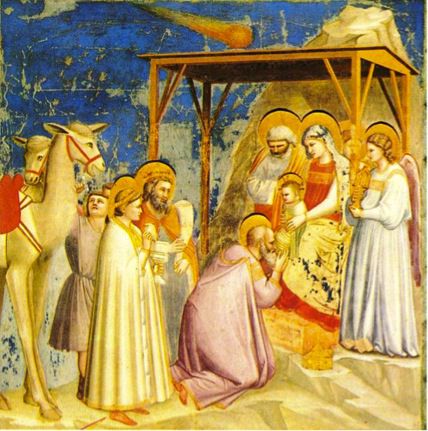 This painting by the Florentine painter Giotto di Bondone (1266/7-1337) depicts the birth of Jesus Christ. In the sky we can see a comet which we can say without doubt was Halleys comet which was visible in 1301, Giotto was so impressed by this sight he decided to include it in his painting.

You can find this painting on the wall of Scrovegni Chapel in Padua, Italy. 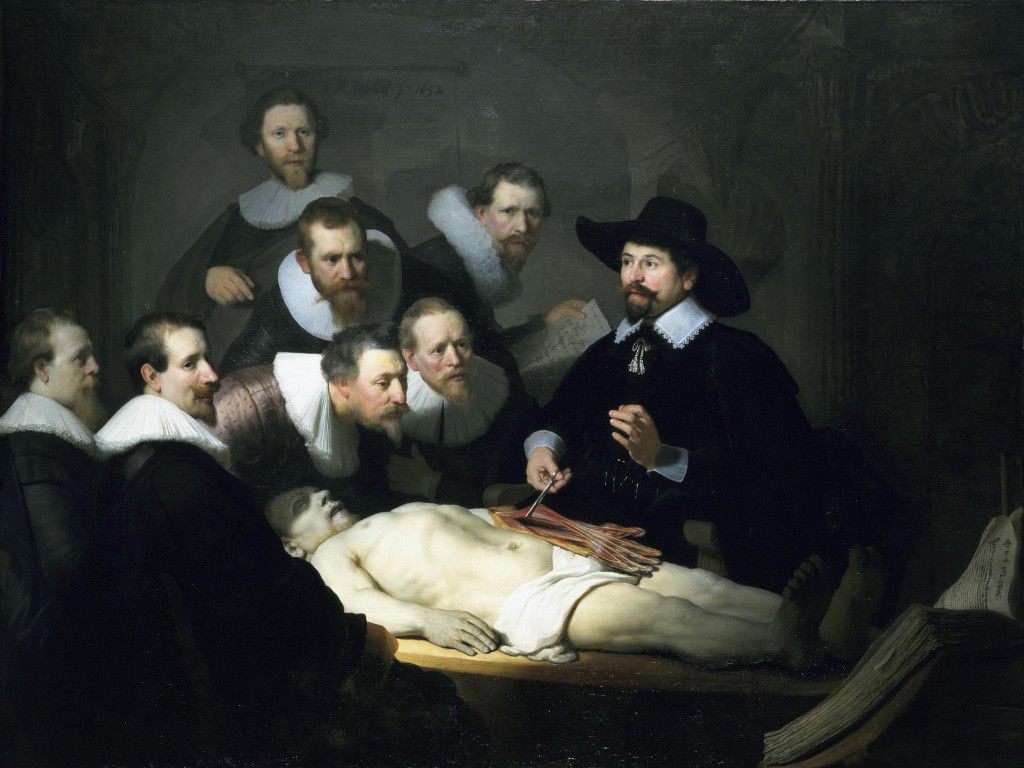 Immortilised in this painting by Rembrandt (1606-1669) is a dissection carried out by Dr. Nicolaes Tulp, who was the official city anatomist at the Amsterdam Guild of Surgeons. Only one public dissection was allowed per year and the body had to be that of an executed criminal. Here we can see Dr. Tulp explaining the musculature of the arm, which has been painted extremely accurately for someone who is not a medical specialist. This painting has an extremely rich history and I recommend a visit to the Wikipedia page.

This masterpiece can be found in the Mauritshuis in The Hague, Netherlands. 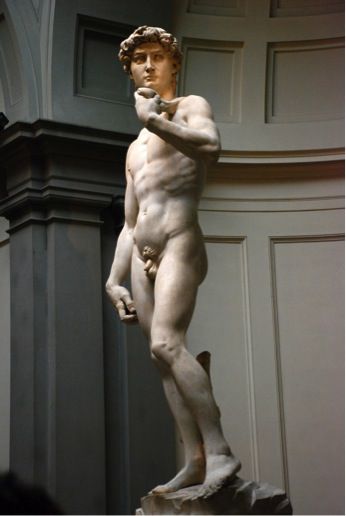 This sculpture by Michelangelo di Lodovico Buonarroti Simoni (1475-1564) almost didn’t make it into the list. There has been a lot of debate over the accuracy of David’s anatomy. However, it is believed that this statute, standing at 5m tall and carved from a single block of marble, was made to be observed from below. So to me it makes sense, and was probably more challenging, to skew the proportions so that the body’s proportions look right for the observer. It’s just a pity for David that not all of his proportions were skewed!

We can find David at the Galleria dell’Accademia in Florence, Italy. 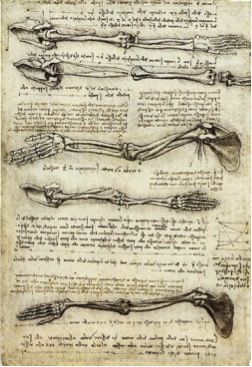 It’s safe to say that Leonardo da Vinci (1452-1519) was a brilliant artist who took great interest in science. He has many works of human and animal anatomy. As a respected artist in his own time, he was given permission to dissect human corpses in Hospitals around Italy. Between 1510-1511 he worked with the Dr. Marcantonia della Torre and made detailed drawings of the human body. Here, I’m going to link you to the great Legend of the Month piece written by Mr. Alan Bennett.

I couldn’t pin down where these pieces are currently on display because they are often moved and exhibited around the world. 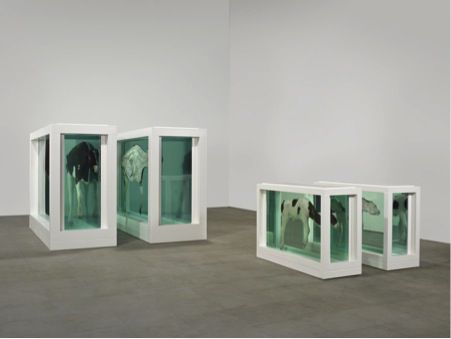 I will finish this piece with a more modern work of art which is scientifically accurate. This piece, by the artist Damien Hirst, used formaldehyde to preserve a Cow and calf, which were cut in two. Apart from being a nice piece of art this is also interesting as a biologist, to be able to see the intact insides of an animal is not so common. Formaldehyde is a commonly used chemical in biology because it’s great at fixing tissue.

Mother and Child (Divided) is currently on display at Astrup Fearnley Museet in Oslo, Norway.

If I have missed any other pieces of art which are scientifically accurate, please tell me. I would be really interested in taking a look.