We live in an age of algorithms. They fly our planes for us, explore the distant rocks of Mars for us, find us our soulmates (or at least a cheeky Tinder rendezvous), and even help us find something good to stick on the telly of a dreary Wednesday evening in Kildare.

Algorithms are all around us and are rapidly shaping the world we live in in ways we don’t even yet fully understand. It would be a naive person indeed who failed to recognise the significance of Google’s search algorithms in laying bare the dark corners of the interwebz and revolutionising the way we access information. A development so powerful that it has generated an ongoing debate into whether or not Google is re-wiring our brains and what, if any, the knock on effects of such “distributed cognition” may have on us as a whole.

Indeed, algorithms are such a big deal in the modern world that not only do they basically operate the global economy via sophisticated automatic trading platforms, they also prompt the proprietors of such automatic trading systems to run amok on the American countryside, levelling hills to install cables that may generate microseconds worth of a performance boost to their trading algorithms.

Considering the sheer scale of the impact that algorithms now have on our lives, they are a remarkably shy concept. Ask ten people on the street what an algorithm is and you would be hard pressed receive an answer more clear than “Umm.. it’s like, maths and stuff isn’t it?”.

So I’d like to take a moment to shed a little light on the subject using my all time favourite class of algorithm. One that has sustained humanity since time immemorial, passed down from generation to generation in order to provide sustenance to our progeny… I’m talking of course about your granny’s home made chocolate sponge cake..

Well, at least the recipe for said delicious culinary treat. You see we tend to think of algorithms as these amorphous mathematical constructs that only computers can read, but at heart, an algorithm is very simply, a set of ordered, linear steps that terminate in a fixed goal state. In this case, a piping hot slice of chocolate heaven. The key thing about recipes, or “food algorithms” as I prefer to call them, is that they are stable and repeatable. You may not be a domestic deity when it comes to operating a food processor, but the great thing about a recipe is that by following it exactly, you don’t have to be. You don’t need to know whether an extra half cup of flour will cause the cake to de-materialise in the oven, or whether a tablespoon of salt really is so much worse than a teaspoon (it is). The recipe takes the legwork out of the process while still providing a fixed outcome at the end. Provide the inputs, follow the steps, and you will reach the desired outcome. Guaranteed.

This ability to encapsulate the abstract concept of ‘bake a cake’ into a series of concise and relatively uncomplicated instructions is what lends an algorithm its power. So powerful a tool in fact, that people have been developing and using them since ancient times. The sieve of eratosthenes for example (a handy way of automatically calculating all the prime numbers up to a given number) is attributed to noted Greek philosopher / scientist Eratosthenes of Cyrene who lived around the 1st century BC.

Skip ahead a few millennia to when we all aren’t all just sitting around the Mediterranean inventing hard sums though, and you’ll find find a technological landscape the likes of which could not have been dreamed by our ancestors. Layer upon layer of our modern conveniences rely upon a foundation of algorithmic thinking that has been leveraged to provide us with safer air travel, instantaneous global communications, advanced medical instrumentation, laser beams, robots and an infinite stream of hilarious cat pictures!

It’s tempting to believe that everything is all pretty rosy in our brave new world; mostly it is. However, as with any tool us humans have had access to for a long time, we have become both proficient and prolific in it’s use. For both good and for decidedly more unpleasant purposes. At every level of deployment technology and computing power have proven a bit of a double edged sword. We have more ways of communicating and connecting than ever before, but it seems we are becoming more and more physically isolated and unhappy as a result. More worryingly, governments the world over (often in partnership with private industry) have developed ever more sophisticated and draconian ways of monitoring us and affecting our online communications, either through state censorship and internet bans to the NSA’s infamous PRISM program. To make matters worse, algorithms are being decoupled from their human oversight at an alarming rate with more and more ‘autonomous’ entities manifesting themselves in the form of drones and automated weapons platforms while the quest for a true artificial intelligence continues unabated. 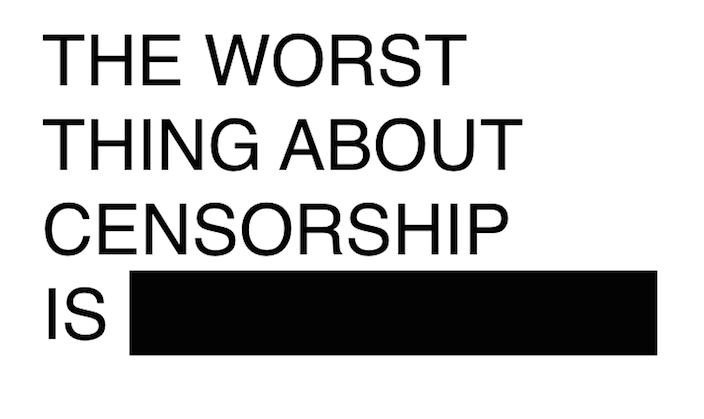 The full ramifications of our rapidly developing technological capability are yet to be understood, but, like our early seafaring ancestors who described the presence of dragons and sea monsters in unexplored lands, we recognise the lurking dangers of the unknown ahead of us. Given this environment, it is our responsibility to arm ourselves with the knowledge we need to make informed, pro-active decisions in debate with our leaders. To demand that these debates take place at all, and to take control of our digital lives in order to ensure our collective well being. Of course, that’s not to say everyone should up and enrol at MIT or anything, but unless we take it upon ourselves to participate in this area of our shared experience we may yet find ourselves in the unenviable position of stumbling blindly into the dragon’s den.
Disclaimer: We hold no responsibility for making you hungry with all this talk of chocolate cake. If the main image above caused your stomach to rumble the recipes can be found at DonalSkehan.com
nsaGooglePRISMcensorshipalgorithmMITChocolate Cakeeratosthenes
Share FacebookTwitterGoogle+ReddItWhatsAppPinterestEmail

The Week on Twitter: Pigs, Ploughs, and Web Summits