Mammals do it, bees do it. Even one type of bird does it.

As the days get colder and shorter and the rain drizzles down, soon to turn to ice and snow; as you think about wet socks and permanently cold feet, trudging through slush-filled streets; as the soaring cost of your gas bill chills your heart – perhaps, on these cold days getting colder you think about tucking yourself away and sleeping the whole winter through.

If only you could hibernate.

We all know that bears hibernate in the winter, as well as hedgehogs and squirrels. But the number of animals which are known to be hibernators is growing all the time and there’s strong evidence to suggest that most mammals are capable of entering states of torpor for at least some period of time. Good news for us!

Mammals which hibernate do so to reduce energy consumption. This can happen, not just in winter, but in any period of stress – for example, food stress or environmental stress. Let’s say you read the terrible news that the price of chocolate is going up (it is, by the way[1]). It’s not worth it, you say, crawling into your bed. Wake me up when it’s over!

The good news is that the practice of hibernation is so widespread among mammals that Gerhard Heldmaier, Professor of Animal Physiology at the University of Marburg, believes that it is an ancient evolutionary trait retained by many vertebrates[2].

But what you really want to know is, can humans do it? There have been several cases reported of people who have spontaneously hibernated, surviving extremely low temperatures for many days or even weeks by entering a suspended state.

In 1999 Swedish woman Anna Bågenholm fell onto an icy stream while skiing in Norway. A hole appeared in the ice and pulled her under, trapping her underneath in the freezing water. By the time rescuers managed to cut through the ice, dig her out and get her to hospital, she had been ‘dead’ for over two hours. It goes without saying that Norwegian doctors are pretty adept at treating extreme cases of hypothermia and, although Bågenholm appeared to be very much dead, physician Mads Gilbert warmed her up carefully, just to make sure. Because as the old medical saying goes, “you’re not dead until you’re warm and dead”.

It took a long time but Bågenholm recovered, and her experience has led some researchers and clinicians to utilise hypothermia in surgery, although the practice remains controversial.

Short of plunging into an ice cold stream, though, how else can humans enter a hibernation state? 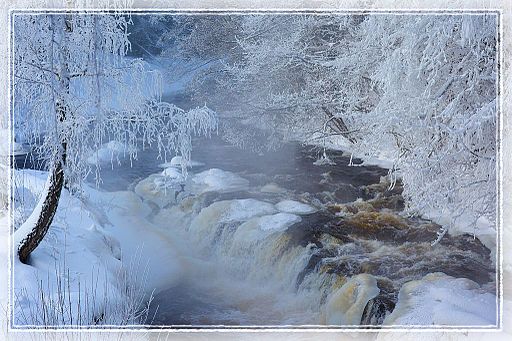 Earlier this year Yahya Abdi, an American teenager, climbed into the landing gear of a plane travelling from California to Hawaii and lived to tell the tale. In order to survive the 5.5 hour flight, which reached altitudes of 38,000 feet and below freezing temperatures, some people believe he entered into a kind of hibernation. This physiological state would have seen his heart rate dramatically reduced, organs shut down and brain activity severely curtailed. Why would someone go to such extraordinary lengths to leave California? Abdi wanted to get away from his dad and visit his mum.

Okay, so perhaps you’re not quite so desperate as all that. What other options do you have?

Wikipedia will tell you that hydrogen sulphide[3] “is a colorless gas with the characteristic foul odor of rotten eggs; it is heavier than air, very poisonous, corrosive, flammable, and explosive.” Sounds like a fun party drug! But Mark Roth, cell biologist at the Fred Hutchinson Cancer Research Center, thinks that this smelly gas could be the key to ‘hibernation on demand’. Ever since the space race started, governments have been interested in human suspended animation. That particular aim is no longer important, but the science of suspended animation is still ongoing, particularly its applications in trauma medicine. Roth and his team have successfully hibernated mice and fish, although no tests on humans are currently forthcoming.

In the Netherlands, Professor Rob Henning is considering the surgical applications of hibernation. While in a state of hypothermia some of the traumas of surgery are alleviated, due to a reduced blood flow and decreased metabolism. Henning’s team gently freeze test animals, while providing them with fluid and oxygen – I’m not saying that they then perform gruesome surgery on them, but it could be possible!

Option 4 – Let go of the dream

It turns out that hibernating isn’t so easy. “It’s a gruelling marathon of hypothermia, starvation and disease susceptibility[4]”

You either need to plunge into an icy liquid, go to extraordinary lengths to avoid your dad or submit yourself to foul gas. Frankly, I do all of those things most Friday nights anyway.

This winter, I suggest you abandon all hopes of hibernation and head to the pub instead. Cheers.