Secret Article Do Not Open!

There are lovers’ secrets, family secrets, State secrets, secret codes, handshakes and diaries. Have you a secret and can you keep one? Secrets ignite our thirst for knowledge and everybody has at least one. Even as I write this I have unwillingly discovered a secret of my neighbour who is currently butt naked in his kitchen – a secret I would rather un-see! The new exhibition at the Science Gallery invites artists to explore the possibilities of secrets. As you enter a George Orwell quote is written in mirror writing.

Near the entrance is an airport-like scanner telling you to empty your pockets. The objects which pass under the scanner remain imprinted on the conveyor belt underneath removing the secrecy surrounding ladies’ handbags and an unhappy reminder that there are no secrecy boundaries when it comes to the indignity of airport security.

The secrecy of passwords are explored in Datenform’s exhibit of 4.7 million passwords of LinkedIn users hacked in 2012 and posted online. Visitors can search through the volumes of books made up of the passwords (but not the attached usernames). The things people use as passwords are fascinating especially since most are not in the least bit secure ‘LinkedInPassword’ was an actual password. The number of password variations of the word “killer” is more than a little worrying. I changed my password at the time but happily my account was not hacked. I wonder if my neighbour uses ‘nudist’ as his password?

Most of the exhibits are conceptual art pieces visualised in a variety of ways.

Benjamin Grosser digital exhibit introduces Scaremail designed to insert ‘scary’ NSA keywords into emails to trap programs like PRISM and XKeyscore and to protect your secret emails from prying eyes.

The exhibit NetWorth is a participatory one for those who dare swipe their credit card. The name on the card is then scanned and linked to Google search results and compared to the social ‘networth’ of celebrities and historical figures. Most cards swiped seemed to have ‘insufficient networth’ which led to some people sheepishly wondering if their bank account had just been emptied. At least it didn’t ask for a pin number – then people would be willingly giving away a most valuable secret.

Paolo Cirio’s large mural illustrated the corporate structure of his fake company established to mimic large multinationals. The diagram seeks to un-shroud the secrecy behind the tax structures and loopholes exploited by companies. It shows the separation of functions and finance stretching across the world from San Francisco to New York to Luxembourg to London and the Cayman Islands. The rerouting of companies through Luxembourg and the Cayman Islands is no major surprise to regular readers of the Financial Times but to the artist and layman with little knowledge of the mysterious corporate world it was educational. There are even copies of the Certificate of Incorporation to take away. 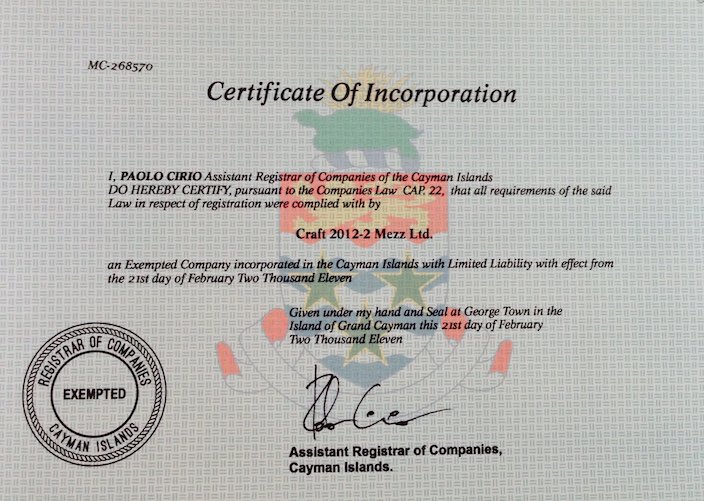 Another take-away piece was the thoughtful work by Matt Kenyon. Standard yellow notepaper to the naked eye. But with a 10x magnification the lines on the paper are shown to be names of civilian victims of the Iraqi war. Kenyon encourages visitors to take paper with them and write letters on them to politicians and officials so that those names eventually make their way into public archives never to be forgotten. It seems there is a tenuous link to the theme ‘secrets’ here but the names were obtained from Wikileaks which of course un-massed the mother load of State secrets.

The contrast between Matt Kenyon’s evocation of Wikileaks’ demand of transparency in political dealings and Benjamin Grosser’s indignation at the lack of personal privacy granted by the government are two uneasy ideological bedfellows. Should the governments of the world live by complete transparency while the people enjoy full protection? Should we all enjoy our little secrets or have none? Or should we maintain the status quo knowing that sometimes secrets will out and Watergates will happen and our activities will be monitored? The complexity of the issue of privacy deserves more than the shallow thought and lip service that it is usually given by the popular mass audience and the Science Gallery exhibit Secret may provide a venue to ignite this serious discussion.

Online privacy is a hot topic and the most obvious associated term with secrecy that comes to mind these days. Privacy is not always interchangeable with secrets however, as one may expect privacy regardless of secrets in many situations. The Science Gallery exhibition on secrets is heavily weighted towards investigating privacy as an assumed sub-sect of secrets but also explores the theme more directly: There is a secret handshake machine, an opportunity to share and shred your own secret, a nod to cold war military secrets and a formula to create your own alias just like 007.

What will be interesting to see is how the events held alongside the exhibition tease out and explore the concept of secrets further. The event highlights include secret walking tours, a lock picking tutorial and a Harry Houdini event. The Science Gallery website has all the listings and booking info for the events and the exhibition page deals with the theme of secrets in a playful way.

But shhhh don’t tell anyone!

Earth Day – Have you ever wanted to be a tree?