Watched Over By Machines Life-logging Part 3

Lifelogging is the subject of the current exhibition in the Science Gallery Dublin (runs until April 18th), which explores the way in which we can use data logging to track and improve our lives. HeadStuff is exploring various aspects of data and life logging, in this instance briefly surveying life-logging in film and television.

As a Far Side cartoon has it people have recorded data to improve their lives since the first caveman brought down a woolly mammoth with a single spear to the beast’s heart, and another caveman said maybe they should make a note of that spot for future reference… But let’s jump ahead from that implausible beginning to where we are now. The relentless, exhausting positivity that Facebook encourages is only the digital equivalent of the split between Dr Johnson’s public bonhomie and high spirits, and his private grief over the death of his wife and his agonies over the fate of her soul; which his Anglicanism did not allow him to pray for under the doctrine that as the tree falls so must it lie. But such gaps between public personae and private selves only became apparent through posthumous discoveries of journals and private letters. And for every Victorian keeping a tremendously revealing spiritual diary of their failings for the purpose of self-improvement, there was a Horace Walpole keeping fair copies of letters full of scandalous gossip and little else.

To keep a diary was to drop the public facade and allow the unvarnished truth to be written, about oneself and others – friends and enemies alike. Gladstone lived long enough to be wounded by the publication of extracts from Lord Shaftesbury’s diaries which showed what a low opinion the elder statesman had held of the young Turk. But Gladstone could shrug it off. Shaftesbury had kept a record of his personal doings and thoughts, the authorised posthumous lifting of the curtain allowed the real person behind the public facade to be glimpsed. But what if there was never to be any gap between the real person and the public facade? What if having a dissenting opinion were a matter of life and death, what if Big Brother really was watching and would deliver you to Room 101 for any transgressions?

Half the terror of Room 101 of course is that Winston Smith does not know for sure what will be in it, but Big Brother knows. Every dwelling having an inescapable television screen that transmits both ways allows Big Brother access to all the data he needs in order to know the deepest fear of every citizen. But George Orwell’s scary future was merely a technological exaggeration and geographical transplantation of an existing reality in 1948. Soviet Russia did not need any of Orwell’s sci-fi technology to achieve just such a reality of surveillance. Relentless propaganda, the turning of children against their parents, and an all pervasive security apparatus could see anyone whisked to Siberia for hard labour for a stray snarky comment; overheard, noted, passed on, and acted on with severity. Orwell’s dystopia was a warning, especially in its linguistic creation Newspeak, on how easily totalitarianism could come about.

The ultimate horror of 1984 is its finale, where Winston sits in the sun and is moved to tears by thinking of how much Big Brother loves him – he cannot be free even inside his own mind. The same spectre haunts Philip K Dick’s Minority Report and its 2002 film adaptation by Steven Spielberg. To think of committing a crime is to be as guilty as if one had actually committed the crime; the thoughtcrime of Nineteen Eighty-Four rendered as not so much a tool of political oppression as an overly enthusiastic method of policing homicide. Perhaps the key moment of Spielberg’s film is when its on-the-run hero Tom Cruise, having had eye transplants to bypass a retinal scan, is cheerfully greeted by a digitised shop doorway: “Hello, Mr Yakamoto and welcome back to the GAP!” “Mr Yakamoto?!” The Age of Snowden is inseparable from the Age of Loyalty Cards.

Minority Report cinematically juggles the violent intrusion of the psychics and the thought police into people’s lives with the simultaneous willingness of the populace to have their retinas used for commercial promotions. While Dick’s original story was concerned with the knotty problem of free will, fate, and prophecies, the film introduces a subtext of how none of this would be possible if people had not willingly assented. When Cruise holds his breath underwater in an ice-filled bath-tub to avoid the robot spiders that are mandatorily scanning every retina attached to a heat signature in an entire apartment block, underneath Spielberg’s showy suspense you subconsciously realise that such a sequence is only possible because everybody in this society agrees that such occasional disturbances are inconveniences worth putting up with to get loyalty points at the GAP.

But that’s science-fiction… “You followed me?!” yells Naomi Watts in While We’re Young, only for Ben Stiller to retort “I followed you, on Twitter!” People allow their movements to be tracked through their devices’ GPS, and, indeed, to tag their movements on social media when offered the choice. But the choice is made because of promised benefits; whether it’s discounts, or the cutting-edge life-logging which we’re promised could soon see devices track your caffeine intake to alert you when you need a coffee fix. A smiling, opted-in version of Minority Report: “John Anderton! You look like you could use a Guinness.” But the problem with data is it wants to be free, as it were. As Eddie Izzard noted nobody has ever read the terms and conditions when hastily clicking through something digitally, which has led to disasters like the Fitbit users whose default settings made all their nocturnal activities, including horizontal jogging, visible to the world.

Hawaii Five-O showrunner Peter M Lenkov, the only TV writer who creates scary Hallowe’en specials, had tremendous fun exploiting the nightmarish possibilities of digital data, handed over for the promise of benefits, falling into the wrong hands. He wrote a CSI: NY episode in which super-hacker The Gravedigger used information provided, and control ceded, willingly to cause total chaos; from rerouting a GPS to lead a car into the very worst part of New York before killing its engine and setting off its alarm to helpfully attract criminals, to pouncing on a ‘N.B.: Nuts Allergy’ note being digitally written by a waitress to alter it by the time it digitally arrived in the kitchen to ‘N.B.: Extra Nuts’. But outside Lenkov’s gloriously fevered imaginings was the reality of digital data being harvested on an industrial scale without permission, in reality. 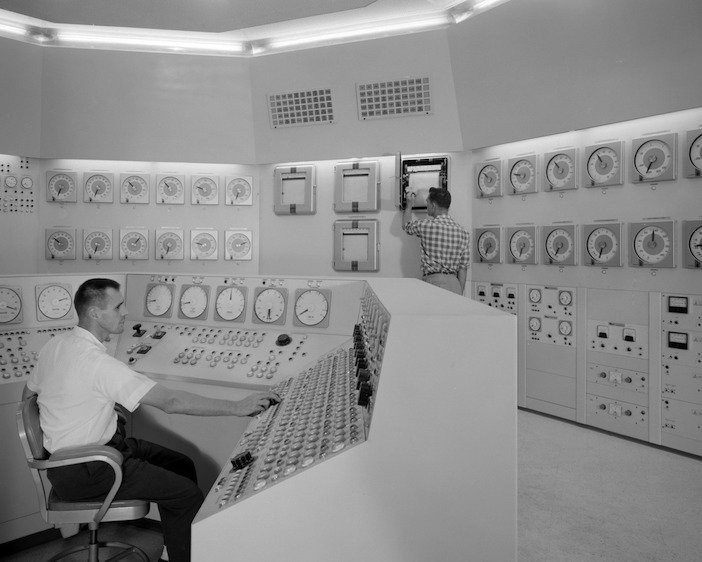 “You are being watched. The government has a secret system, a machine that spies on you every hour of every day. I know because I built it. I designed the machine to detect acts of terror but it sees everything. Violent crimes involving ordinary people, like you” – Person of Interest

Since Edward Snowden’s revelations the opening voiceover of Jonathan Nolan’s TV show Person of Interest, which premiered in 2011, has seemed less like a sci-fi set-up and more a simple statement of fact. As the show has gone on it has veered from its original premise, crime procedural with a dash of Batman, into hard sci-fi territory and accompanying ethical questions. When we first met reclusive billionaire Harold Finch he was recruiting ex-spy John Reese as his muscle. We learned that Finch, a tech genius, had responded to 9/11 by pouring money into creating a computer programme capable of taking all the surveillance footage in America and analysing it to identify actively plotting terrorists, so that they could be arrested before their plans came to violent fruition. So far, so Minority Report.

Except the Machine, over the seasons, has become a character. Finch, regarding it as too powerful an instrument to be trusted to anyone, locked himself out of the system; a back door feeds him a list of non-terrorist crimes that could also be prevented. Technology being used today to provide Alzheimer’s patient support in the UK is based on taking regular photos to aid memory and support habitual behaviour. Flashbacks to Finch’s adolescence have revealed the Machine grew out of his desire to create a computer programme that could help his father fight Alzheimer’s. The teenage Finch’s programme would remember activities, and then cue his father to perform them. Finch pitched it to his father as being a reminder, a help, maybe, even a friend. The Machine, through its evolving ability to predict human behaviour, has become a true AI…

Lifelogging through wearable cameras combined with other data-streams, such as heart rate and blood pressure monitors, and GPS and financial activity trackers, could very soon act in the same manner as Nolan’s fictional Machine. Except instead of detecting violent crime and terrorist plots it would notice population health patterns and hazards like broken pavements. But then there’s the privacy question. Lifelogging through a wearable camera is voluntary. But when your behaviour is predicted through data collected by a shadowy surveillance apparatus, well, people get jumpy. Not as jumpy as Person of Interest’s privacy terrorists Vigilance, mind, but volubly unsettled by PRISM and the activities of the NSA and GCHQ. Indeed Finch’s Machine is deliberately made an independent system, capable even of moving location by itself, because according to Finch nobody should have the power to direct such a computer programme.

The Machine is benevolent, because it grew out of Finch’s love for his father. It even manages to tame super-villain Root, and make her its analogue interface with the world. But its omniscience is extremely unnerving. When Fusco is reluctant to trust Root, she asks him to trust that the Machine knows what it’s doing in pairing them because – “In your right pocket there’s 85 cents. That’s the change from your morning coffee. In your apartment there’s a photo of your father as a child, he’s feeding a lion cub in the zoo. Do you know the name of the lion cub? It’s Lionel. That’s where your name comes from.” When Root faces down the sinister government agent known only as Control she speaks for the Machine: “Don’t question my judgement. Don’t pursue me. I will protect you. I will save you. And I will always be watching.”

The words are unmistakably meant to sound like a God… Sci-fi has a tendency to be pessimistic. Alex Garland, speaking recently at the IFI about his directorial debut Ex Machina, noted that he wanted to avoid the customary ‘hands thrown up in horror’ note when dealing with the implications of AI. Ex Machina, unfortunately, hits that exact familiar note like a resounding gong. Sci-fi works by extrapolating the possibilities of the present to outré conclusions, quite often for the worst. Lifelogging unquestionably has the potential to make our lives better but perhaps we should heed some of the cautions told to us in sci-fi. Apple has started selling watches that regard it as their mission to make you fit, and will hassle you for sitting around too much. Well, if Apple can make you fit, why wouldn’t a canny insurer offer discounts on health insurance for Apple users who can upload data streams of their health statistics? And if a critical mass of people do this it becomes ‘normal’, and suddenly it becomes weird to say you like your privacy, and don’t particularly want to record your health data at all, let alone share it with Apple, health insurers, and anyone who might hack into a digital warehouse for an auld rummage. Perhaps the next Fahrenheit 451 will be about people who refuse to record the minutiae of their daily existence. But such a nightmarish dystopia, well, surely that’s just the stuff of science fiction… Isn’t it?