Are We Being Complicit When We Separate the Art From the Artist?

Many exceptionally talented and world-changing people have led disgraceful personal lives. In fact, the list is probably too long to count. Winston Churchill was an outspoken champion of chemical warfare. Bill Cosby — “America’s Dad” — is a serial sexual abuser. Albert Einstein drew up a code of conduct for his wife that’s hardly even believable in its level of detail and cruelty.

Can we separate the personalities and private actions of these people because they left behind outsized accomplishments? Can we, or rather should we, “separate the art from the artist?”

We keep our memories nice and selective when it suits us. Some of the most recent and highest-profile examples of this dilemma concern women’s rights issues today, which are still, for some reason, divisive.

Previous excisions from Spotify’s curated playlists include R. Kelly, Tay-K and XXXTentacion. The group hopes to add Chris Brown, the Red Hot Chili Peppers and 6ix9ine to the list of disgraced artists excluded from Spotify, et al, and their playlists and “discovery algorithms”.

Is this a good use of our efforts? More to the point, is it okay to keep enjoying and respecting the creative or otherwise productive output of a person even after we’ve discovered something unforgivable about them? Let’s not pretend the issue isn’t complicated. Nevertheless, as we stand at an apparent crossroads in world history, where authoritarianism appears to be asserting itself all over the globe, there’s an argument to be made that some things in life aren’t worth compromising on — and heroes just aren’t worth the worship.

What we’re talking about here is whether we’re entitled to worship false idols or whether we have a responsibility to scrub away the entire earthly footprint of a person because we find their behaviour or worldview inexcusable. We’ve just seen several examples from politics, religion and pop culture. How about this one:

About 600 years before Jesus purportedly walked on water, the Jewish nation turned to a man named Cyrus, who didn’t serve their god, didn’t call himself a Jew and was more a murderous conqueror than a spiritual or moral exemplar. Evangelicals and Jews are now comparing Donald Trump to Cyrus.

Trump is a strongman with no obvious ties to God or godly behaviour. Like Cyrus, Trump is a convenient public figure who, in exchange for loyalty, has promised to help keep religious practitioners relevant in modern politics.

Sometimes, as it turns out, we don’t need much time to pass at all before we start excusing the “artist’s” “art.” Here we are, in real-time, watching a huge portion of America’s voting-age adults excusing the several divorces, long line of ruined business partners, corruption great and small, overt racism and transparently elitist agenda of a U.S. president, all because they’re worried about keeping the White House and the chambers of Congress deep red. Or, rather, orange.

Why Art and Artist Cannot Be Separated

This writer has not yet been able to go back and listen to the albums released by Ian Watkins’ band, Lostprophets, since Watkins was convicted in the U.K. of grisly sexual crimes against children.

Clearly, this is an extreme example. And Lostprophets were never destined for permanent rock-and-roll canonisation anyway. But the truth is, after someone chooses to brutalise an innocent person, they give up whatever claims they once had on cultural relevance or permanence.

This earth of ours is not so starved for role models and real talent that we need to hang on, white-knuckled, to every actor, singer, writer, movie director or politician who’s found guilty of a crime merely because they were more accomplished or sang more in tune than the average citizen.

Of course, there are also times when it’s appropriate to consider somebody’s debt to society paid and done with. It is, for example, uncivilised to withhold voting rights from six million American ex-felons if they’ve already served their time. 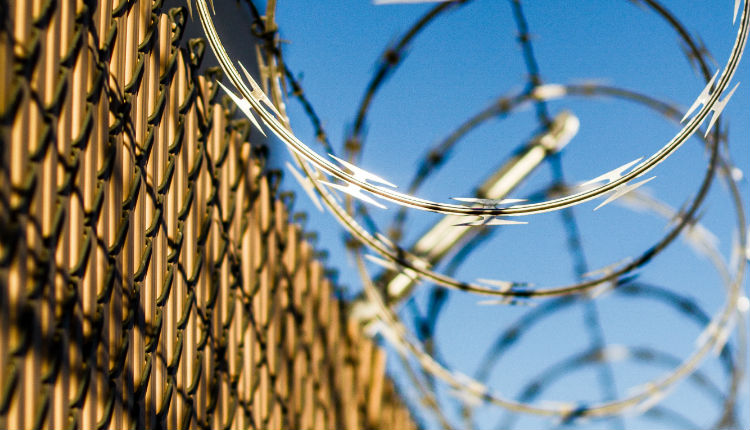 When you make your living as a politician, which Al Franken did until recently, or as a beloved and avuncular actor, as Bill Cosby did, or as a middling movie director, like Woody Allen still does, it’s because you believe the people of the world have need of your works, or your words, or your deeds, or your message, and that you, in place of probably innumerable equally qualified candidates, should be the one to deliver that message.

Why do we watch movies in the first place? Why read books? Or vote in elections? On some level, each of these actions is a form of communication. You can pretend the book in your hands just appeared one day or the film sprang to life, fully-formed, on the screen. But the truth is, artistry was intended from the very beginning as a means to tell incoming generations about what life was like during our time here and how it made us feel.

What are we telling the next generations when they blow the dust off our ruined libraries and abandoned film studios a millennia from now and wonder why we walked alongside sexual abusers, domestic abusers and Nazi sympathisers, willingly, for so long, even after we had the evidence, the means and the tools with which to remove them from relevance?

Again, it’s worth asking: Are we so hard-pressed for role models that we can’t imagine what life would be like on earth without Bill Cosby or Al Franken? Or Cyrus? Or Donald Trump? Or R. Kelly? Maybe hard choices have to be made in times of unclear morals and political and social upheaval.

But then again, maybe they don’t. Even if you have a pretty singing voice, if your actions make you an enemy of true gender equality and social justice, we don’t care what else you stand for. We don’t have time for you — not when a million other people would probably kill to stand where you’re standing.

Shame on us for backing ourselves into a corner like this. Shame on us for whittling down our pantheon of heroes to the point that we have to wrack ourselves with worry when one of them falls from grace.

There’s probably a huge overlap between people who swear there’s “no good music being made these days” and folks who don’t bother voting anymore. Maybe we’ve made ourselves slaves to nostalgia for no other reason than because we’ve forgotten how to look for, and find, something newer and better.

Future Franchise | What Will Be the Next Series of Blockbusters?