A sense of entitlement rarely goes a long way when garnering sympathy from strangers. At least, that’s what Eve Kerton – the author of this little number in the Irish Times – found out soon after her article went live on the Internet. Eve’s story is one that thousands of Irish postgraduates are probably familiar with – the eternal struggle of finding a job that actually justifies those thousands of Euros you spent on your degree. 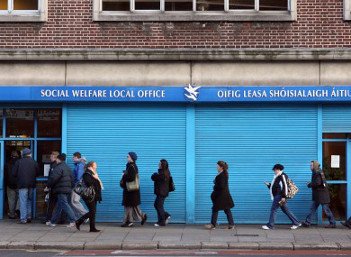 Many are left wondering whether they should just resign to the slave labour trade that is JobBridge. Others – upon discovering that that degree maybe wasn’t as relevant as they thought it was – consider investing even more money into further education. Whether you have a college diploma, or even just your junior certificate, searching for a job can be a truly painful and demoralising venture. We live in a society that preaches that fair work equals fair reward, so it’s not difficult to see why so many postgrads are feeling more than a bit disillusioned. Eve certainly is. Shame that there was no one there to pity her.

Eve appears to resent the fact that she’s done quite well for herself up until now. She got her 500+ points in the Leaving (fair play to her), worked hard for a 2:1 degree, and passed up the chance to get the shift at the National Ploughing Championships to meet Bryan Dobson. She was even the Welfare Officer in DCU! Sounds like a fairly handy couple of years if you ask me.

And yet, poor Eve still has to carry the shame of the town on her shoulders as she sits in an Intreo centre looking for Jobseeker’s Allowance. She is being forced to mix with those who choose to live sluggish, menacing lives; those who have no ambition whatsoever! Speaking of her harrowing experience in the dole office, she says

I never thought I would be in this position; in the same position as people who have never pursued goals, never had ambition, engaged in lives of debauchery and who are currently, in the eyes of the government, on a par with me. I’m being punished for something I didn’t do, a crime I didn’t commit…

Christ, those who looked for monetary assistance in DCU must have made her sick! No wonder she’s so angry about being on the dole; she’d already been up to her eyes in worthless individuals who don’t have money due to the socio-economic circumstances they often have no control over. How very dare they. 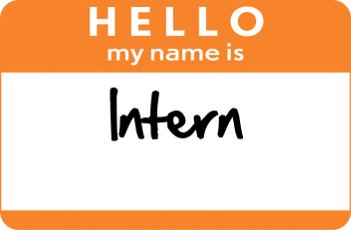 However, despite all of Eve’s painfully misguided resentment – and really rather offensive language – somewhere deep in the depths of that article resides a point. The sad reality of this world is that our work-reward system is flawed, especially in the job sector. The current government is consistently warping unemployment statistics by introducing slave labour – sorry JobBridge – and have thus normalised the idea of forcing postgraduates into low-paying “opportunities” to gain “experience.”

The problem is that no person is worth €50 a week on top of their Jobseeker’s Allowance – which can be as low as €100 for somebody under 25 – for a full week of work with no guaranteed job at the end. Eve comes across as self-centred (and a bit deluded), but she has a point. There should be an active, working link to get postgraduates into employment without them having to fork out thousands of Euros on a Masters, accepting internships that may or may not promise anything, or – God forbid – getting another degree. If there isn’t, then what’s the point? You spend all those years working towards your nice little 2:1 only to be told that it’s essentially worthless. Instead, you’re told you’ll have to work for next to nothing because that’s just the way things are. Which, y’know, is fine for those who can work for next to nothing, and are happy doing it. But a lot of people can’t. And a lot of people aren’t.

“There are jobs out there for those who want them!!” screams Tom from Ballyfarnan in the comments section of any article regarding people who are depressed because they can’t find the job of their dreams. Well, yes and no. Often, postgraduates who have their heart set on a career quickly realise that it’s not as simple as insolently declaring “I have a qualification. Hire me.” Due to inexperience, they’ll turn to places that they’ll consider to be more of a stop-gap job, like working in retail, as a bartender, or a waiter.

But it’s not like being armed with a college degree and bucket loads of self-aggrandisement will give you any more chance of getting that sales assistant job… And nor should it. Postgrads can find themselves stuck in that liminal space of being under-qualified for that illusive dream job, and over-qualified for something else that pays the bills. It’s not a fun spot to be stuck in.

Being constantly shot down can cause distress, depression, feelings of worthlessness, and a bunch of other undesirable things that really don’t make that employment application process any easier. Which brings us back to Eve. She seems pretty down and out, and that’s fair enough. But Eve is also lucky.

When it comes to job hunting, patience is a virtue, and you need it in plentiful amounts. But submitting petulant articles to the Irish Times suggesting that others don’t deserve things like you do won’t help anybody – least of all yourself. In order to make that transition from qualification to employment smoother, we all need to work together to ensure that those implementing internship schemes can actually promise full-time jobs, that a living wage exists, and that “opportunities” don’t just mean mounds of clerical work and getting somebody their coffee every morning. Eve’s article may not represent the reality of those desperately struggling to make a living. But then again, neither does the Irish Government’s botched employment statistics.

Oh, and rents in Dublin are fucking shocking. Sort that out.

Ryan McTernan is an English graduate who also teaches languages to students sometimes. He used to like football and wrote some articles that did pretty well, before he decided that he didn't really care for it anymore. Now, he spends his time writing about other stuff, playing guitar, and consuming lots of bacon double cheeseburgers.