The Forgotten Story of the Green Party’s Housing Reforms

“Let’s be clear. A deal with Fianna Fail would be a deal with the devil. We would be spat out after five years, and decimated as a party. But… would it be worth it? Power is a many-faceted thing.”

Cast your mind back to 2007. It was the very tail-end of the Celtic Tiger, with 1 in 4 people in Ireland dependent on the building trade for work and rents in Dublin at a then all-time high. The boom was just getting “boomier” and Anglo-Irish Bank were posting record profits. It had gotten to the point where ridiculous property developments in tiny villages in Donegal and Leitrim were being launched with no thought as to who would actually live in them. At the same time city dwellers were being packed like sardines into barely habitable flats and rooms they had little choice but to take at an extortionate price.

It was in this grim housing market that the 2007 General Election was fought. Fianna Fail predictably got the most seats, but the real story of the election was in the aftermath as the Greens were added to the existing mix of Fianna Fail, Progressive Democrats and independent TDs. This unlikely marriage was made even more incongruous by how unnecessary it was, as Fianna Fail already had a workable majority without their 6 TDs. The governing coalition which came out of the 2007 election was more of a rebranding exercise for Bertie Ahern than any political turn towards Green politics either from necessity or caring about the issues. 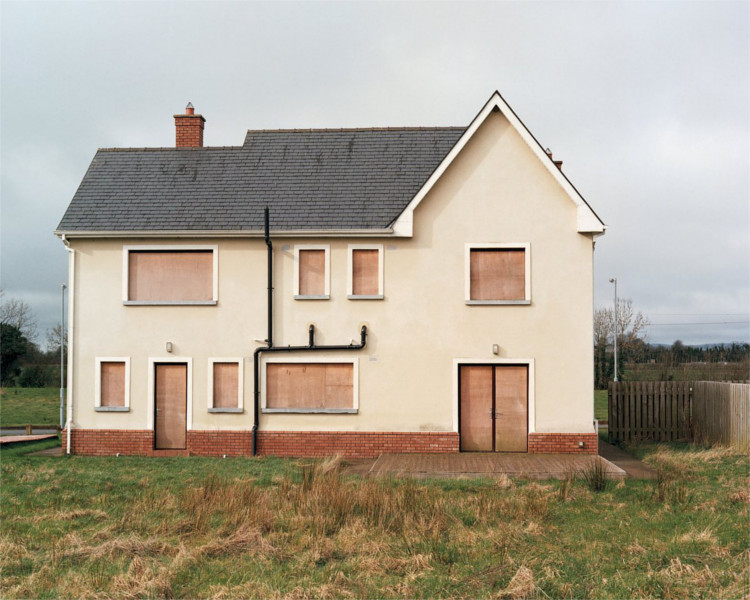 However, it’s hard to blame the Greens for going into power with Fianna Fail after the election they’d just had. They’d underperformed relative to the 7-8% showing which polls and local election results had predicted, and managed a mere 0.9% better than in 2004 in the popular vote with no improvement in the number of seats. In fact, they’d arguably done worse as they were left with only one seat outside of Dublin.

They’d failed upwards by finding themselves in this situation, leading to TD Ciaran Cuffe admitting defeat by advocating coalition. All going into power with Fianna Fail required was a willingness to make U-turns on the Shell to Sea protests and the Lisbon Treaty in full awareness that it would all end badly.

We all remember how badly it ended for that government and the Irish people. What’s been forgotten is how the Green Party’s short and unhappy time in government saw a rare attempt to pass genuinely progressive housing legislation. Those achievements are now being quietly dismantled in the name of addressing the housing crisis.

The first of these was the bedsit ban. Re-introducing bedsits may have become every landlord’s favourite idea for resolving the housing crisis, but when the Green Party came to power a lack of proper legislation meant the term was something very grim. Landlords had taken to subdividing old houses into bedsits with no proper insulation, fire safety standards or sanitary facilities. The only required heating facility was an open fireplace. They were freezing and miserable, but the rental market in 2007 was such that there were plenty of tenants who had to make do with paying a fortune to live in these deathtraps. 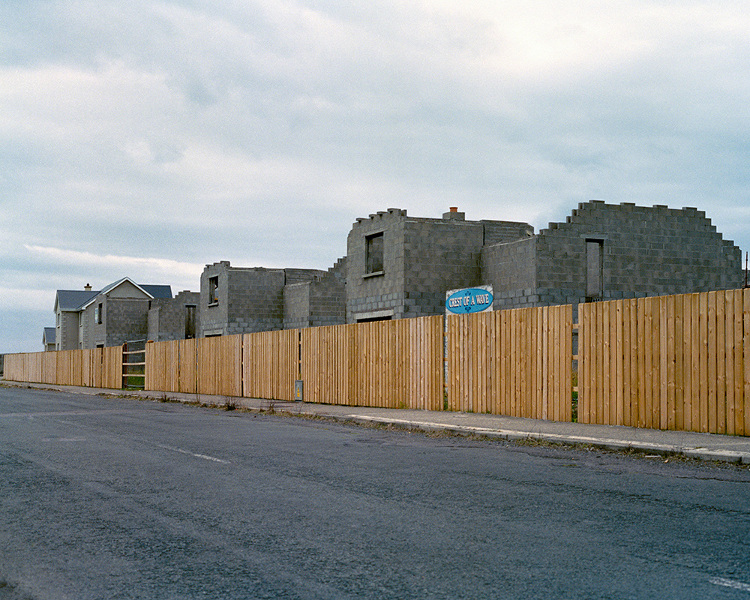 The Greens successfully spearheaded legislation to have them phased out completely by 2013 by introducing legislation insisting dwellings had their own sanitary facilities, independently managed heating, and facilities to the storage and preparation of food. This met with firm resistance from landlords immediately and wasn’t to come into effect until 2013. But even getting the legislation through was a rare triumph for tenants who were paying an average of €110 per week rent in Dublin for substandard accommodation in 2006.

Their other great triumph in relation to housing policy was the 2010 Planning Bill. It closed many of the loopholes which had allowed for overzoning and rushed planning decisions during the Celtic Tiger era, and forced local authorities to demonstrate that their planning decisions were consistent with agreed national and regional development plans. Unlike previous planning legislation, it provided for the power to actually penalize transgressions and enforce environmental laws by strengthening enforcement agencies and integrating EU laws into its directives. Before this, it had been possible for a developer to get a planning decision by default if they hadn’t heard back from the planning authority within 8 weeks or to make sweeping changes at the last minute without having to place them under public scrutiny. The plan even made allowances for local authorities to take control of unfinished developments when enforcement proceedings had failed in an early effort to deal with what were already being called “ghost estates”. It marked a genuine shift in Irish housing policy towards a more sustainable development model.

As Ciaran Cuffe had predicted, neither of these did the Greens any favours at the ballot box. These bills and others relating to funding for home insulation and better environmental standards were buried in the news cycle by the financial crisis, NAMA and the Green Party’s reluctance to pull the plug on a demonstrably incompetent and corrupt administration that had become dependent on their votes. They lost 14 seats in the local elections in 2009, leaving them with just 3 county councilors. 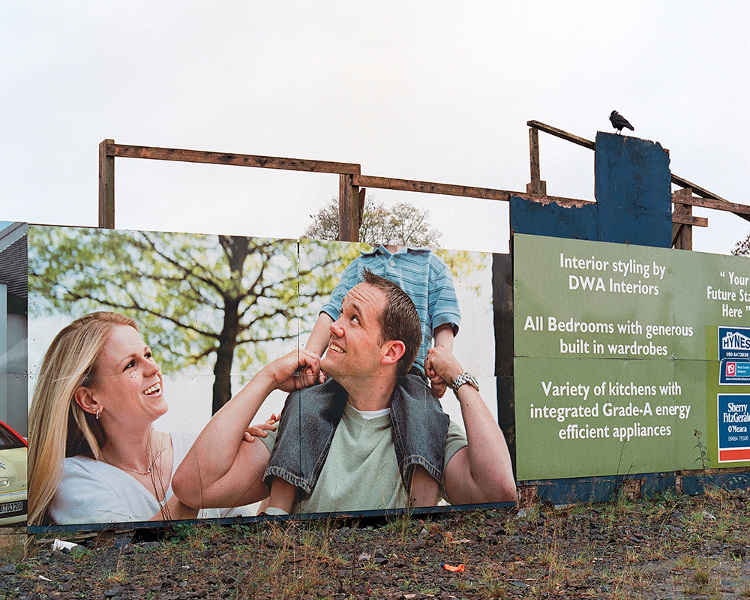 It didn’t get much better in the next general election. They were left without Dail representation for the first time since 1989 and polled so badly as to lose state funding. They had to close their Dublin office. They still haven’t recovered electorally, with their 12 councillors and 2 TDs as of 2017 representing their lowest level of representation since 1997.

It’s hard to feel sorry for the Greens despite their best efforts to reform Irish housing policy. Whilst the bills were genuinely significant moves in their own right, their planning reforms and the bedsit ban only alleviated the worst excesses of the Celtic Tiger era rather than doing anything to prevent them happening again. They failed to prevent NAMA becoming the bloated bailout of the rich it became or to insist that any of the housing stock that came into state custody from it was made available for social housing. The rent market collapsed after the financial crash. This surely would have been an optimal moment to press for better rent supports or a new housing model to help support both landlords and tenants through the crisis. Housing could have become their signature issue during a banking crisis which presented them with the best opportunity in history to bring about real change for tenants and buyers. They instead chose to be complicit in a policy disaster which has done more than any other to bring about the present crisis. Perfectly good housing is lying vacant in the interest of profit and NAMA made the arrival of vulture funds an inevitability.

Even their two main reforms of Irish housing policy are now being quietly dismantled. The reintroduction of bedsits has been mooted since then-Tanaiste Joan Burton took the death of a homeless man named Jonathan Currie outside Leinster House in December 2014 as an opportunity to propose their re-introduction, and Eoghan Murphy has quietly hinted that he is open to the idea on several recent occasions.

Their planning reforms are also being made redundant by The Planning and Development (Housing) and Residential Tenancies Act 2016, which undermines the transparency and sustainability aimed for by the 2010 Act by allowing the fast-tracking of developments and the contravention of restrictions on density and height . Where once it could have taken 2 years for a planning application to go from initial designs to turning the sod, now it can take a mere 25 weeks. The evaluation of environmental, safety and living standards which would have gone on in the meantime is now to be drastically rushed if not disregarded completely. The outbreak of the Housing crisis has allowed the current Fine Gael government to strip away progressive housing legislation without any great public outcry. 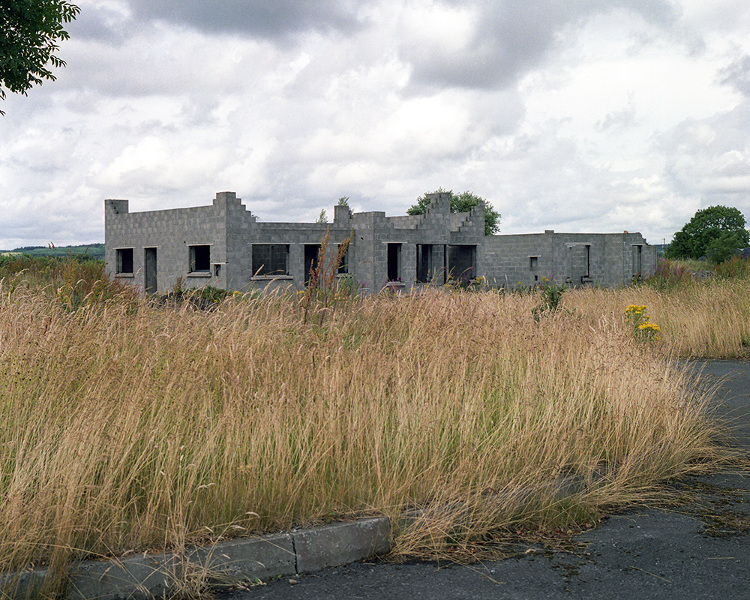 It’s the absence of any great public outcry that tells us why the story of the Green Party’s efforts to reform housing policy is so important. Their pragmatism in the face of such a great crisis in the property market was their unmaking – despite being the party who got more done to improve housing standards than any other junior coalition partner in memory, the relatively moderate nature of their reforms meant that the party could never become associated with the issue in the public mind.

It’s easy to forget it was right to ban bedsits and curb the worst excesses of Celtic Tiger era planning when rents are at an all-time high and homelessness is spiralling out of control. Housing could so easily have been their signature issue, but the essentially lukewarm nature of their policies and reforms saw them damned alongside Fianna Fail for creating the crisis. Along with the near-elimination of their Labour successors five years later, the fate of the Green Party proves the impossibility of bringing about genuine change in the housing situation through compromise with conservative parties openly indifferent to the victims and beholden to developers.

Voters will only feel the benefit of real and substantive change such as social housing and rent controls, and forget how bad the abuses during the Celtic Tiger era which the Greens put a stop to really were. By contrast, moderate reforms such as the bedsits and the 2010 Planning Act can be easily overturned without many people noticing once the housing crisis gets bad enough. With another general election looking like a distinct possibility in the near future, any junior coalition partner elected on the housing issue would do well to take the Green Party’s efforts to reform housing policy as a cautionary tale. Pragmatism only makes things worse.

Images from Ruth Connolly’s ‘If you lived here, you’d be home by now.‘ series.

Patrick McCusker is a native of Donegal who went to Dublin for a fortnight and never left. He is a graduate of Philosophy and History with degrees from NUI Galway and KU Leuven. He tweets at twitter.com/Archimoldi when not reading deeply nerdy books or talking at people