The Housing Crisis is a Political Decision

The crisis in our housing sector is no mistake. It is the result of political decisions, and is seen as “the norm” by people like Conor Skehan, the Government’s top housing advisor. Long-term disinvestment in social housing and the privatisation and marketisation of social housing, and the failure of the private market are directly responsible. This is clearly illustrated in Rory Hearne and Mary P. Murphy’s research: Investing in the Right to a Home: Housing, HAPS, and Hubs. The cause of the crisis is undeniable and the solution obvious, but large scale investment in the provision of public services is in complete opposition to Fine Gael led free market obsession. And so they refuse. The situation sustained by the Government’s hard-line stance. Until the state prioritise its own building process and private landlord subsidies are de-prioritised as the primary mechanism for social housing delivery we will continue on this upward trajectory with even further levels of instability, uncertainty, and homelessness unleashed on those who grapple within the midst of the crisis, which to be fair, is a lot of us.

To have a housing need in this country is for the most comparable to sleeping beside a giant cliff edge, with nowhere to go only downwards. It can suck the joy out of life. It can make it seem unbearable. For the close to 10,000 people whose lives are unfolding within the walls of emergency accommodation it is an assault on their right to dignity, privacy, autonomy, and personal security. This shameful situation is unprecedented in the history of our state. And the figure above doesn’t even include the undocumented “hidden homeless” who either live in squats or live in overcrowded conditions with family or friends.  It’s safe to say that neither Leo Varadkar nor Eoghan Murphy and the class they represent will ever experience the grim reality of cyclical homelessness and constantly teetering on the brink of collapse. It’s a reality a million miles away from their bourgeois comfort. It is class warfare weighed down through government policies, keeping people in a state of permanent alienation and insecurity. 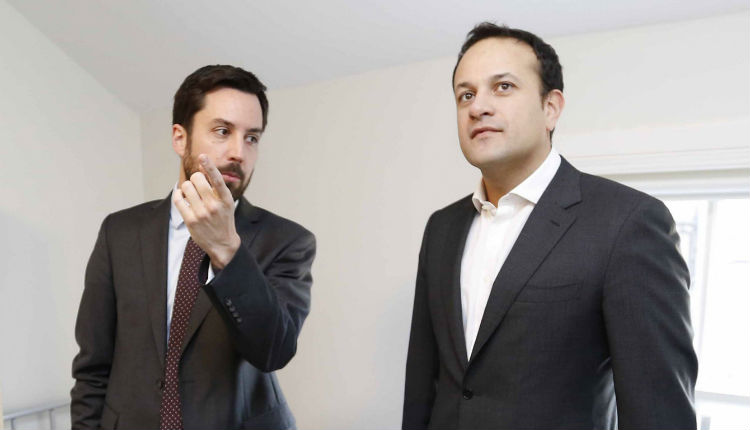 To rely on the state to provide one of the most basic of human needs – a secure home – is simply too much to ask for. Many countries in the EU protect the right to housing in their Constitutions – Belgium, Finland, Greece, the Netherlands, Portugal, Spain, and Sweden. There is no express protection of the right to housing in Irish legislation or the Irish Constitution. The state no longer deals in such provisions for those of its citizens who cannot afford to provide a home for themselves. The provision of public services now increasingly meted out to the market. The market does not cater for human needs; its only concern has and will always be the accumulation of as much profit in as little time as possible. The Government does not care if almost 4,000 of its children develop long-term psychological issues that are inevitable whilst growing up within the confines of chaos. We stand firmly within the age of cut-throat neoliberalism in all its sterile barbarity.

The provision of social housing has been in steady decline since the advent of marketisation in the 1980s and then brought to an almost complete halt following the banking meltdown ten years ago. Figures from Dr Rory Hearne suggest that local authority housing in the UK is at 17%, as opposed to 33% in the Netherlands. In Ireland it’s 9%. Private banking debt was socialised overnight, to the paltry tune of €64 billion – socialism for the rich in its most blatant form, the rest of us can rot. This colossal transfer of public wealth was to save insatiable criminals whose tab we will be picking up for generations to come. 100,000 people now languish on a housing list that serves mostly as a taunting backdrop to the vulnerability that encapsulates their lives. The chance of ever obtaining a secure home becoming ever more improbable as the chaotic private rented sector continues to take precedence. 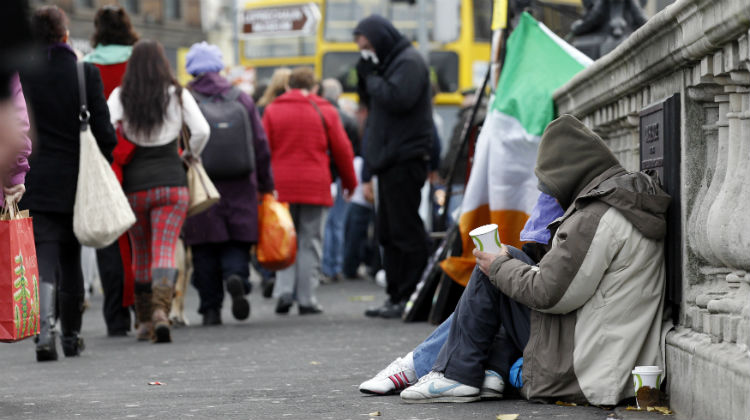 To expect people to live their lives in this way is to simply not care about them. If you don’t have the ability to generate capital you do not matter and whatever happens to you is only of concern when it threatens a politician’s prospect of getting re-elected. These are not the people who the establishment parties represent. They represent the landlord class, the REITS, the Vulture Funds, the banks, the speculators, and the builders. In June alone private landlords received €28 million through HAP payments, a figure that is rising by €1 million per month. David Ehrlich, the founding chief executive of the Republic’s biggest landlord earned a €4 million profit on the sale of 11.8 million shares in the company to its main investor. He says he “feels bad for the Irish people” though, while looking like a man who could witness a horrific road accident and be annoyed that it has caused him to be late for a six course dinner reservation.

Of the 130,000 new social housing units pledged by 2020 the vast majority will be sourced through the private housing market in the form of the Housing Assistance Payment (HAP). This is housing subsidies to the private sector disguised as social housing. And it is disastrous for people who must self-accommodate when demand is outstripping supply at an astronomical rate. For instance, in Galway where the rate of homelessness is growing exponentially Housing Minister Eoghan Murphy is looking for 64% of the 2018 target for social housing to be delivered through HAP. At the time of writing there are 20 properties available for rent in Galway City, with almost all of them far beyond the HAP caps. Someone who is reliant on HAP must compete with those who can afford to pay rent from their own means, or who can offer landlords more money and are not bound by rent caps that fail to reflect real market rent.  Competition is fierce, and inequality of competition even more so. The impact of this on mental health is devastating. Fair play to Eoghan really, as a housing minister he’s been an unmitigated success in terms of making a shit situation a whole lot shitter. 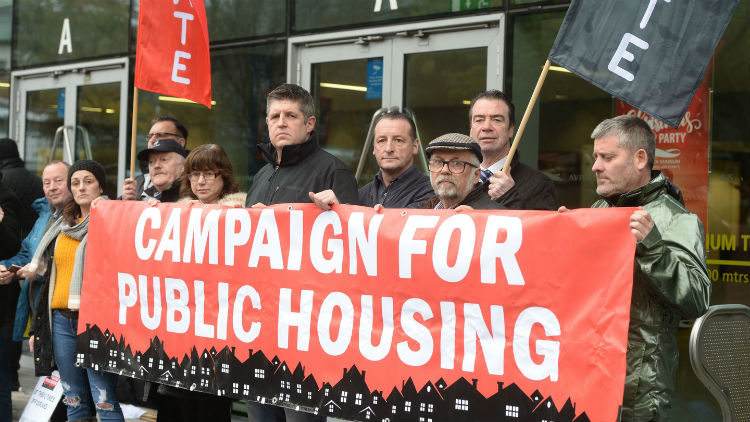 With this privatised mode of social housing delivery we have witnessed the erosion of rights that were afforded through traditional social housing, mainly the provision of secure long-term housing. To say that you can acquire such a thing through the profit driven private sector is akin to saying that you can acquire the ability to see in the dark if you stare at the sun for long enough. The precariousness of the rental sector is universal. Tenancy terminations are rampant and legislation is weak. The Residential Tenancies Act 2004 permits for tenancy terminations if the landlord wants to sell, wants to carry out substantial refurbishment, or if they or a family member wants to move in.  A tenancy without the protection of a fixed-term contract can be terminated within the first six months without reason. The majority of tenants now live in a state of perpetual fear that they will be served notice if they make an issue of anything i.e. inform a landlord of their legal obligations. Given that we now have a record number of people being forced to rent as the prospect of home ownership becomes increasingly unrealistic our legislation should reflect that people need substantial security. A recent national survey carried out by housing charity Threshold found that 71% of people rent because they cannot afford to buy, cannot get a mortgage, or cannot get social housing.

The only way to tackle this crisis is by unified community driven resistance. It is a collective problem and can only be dealt with by collective action. At the end of 2017 there were approximately 340,000 tenancies registered with the Residential Tenancies Board which encompassed over 714,000 occupants. This is an untapped powerful political force for change. Currently there are tenants’ unions burgeoning mainly in Dublin. For example the Dublin Tenants Association who call for progressive measures such as the law on evictions to be overhauled in line with the Irish Congress of Trade Unions’ Charter for Housing Rights, so that no tenant can be evicted unless and until the tenants has secured alternative permanent accommodation. There is also the Irish Housing Network under whose umbrella various groups fall, which was set up by a collection of housing and homeless groups fighting the on-going crisis. Connolly Youth Movement in Cork recently occupied two vacant buildings in a peaceful political protest. The group were evicted by armed guards who serve to protect the financial interests of an assets management company over people’s right to basic shelter. We need a well organised national movement to challenge the rotten ideology that is causing so much human suffering while it champions the rights of the wealthy to accumulate capital.

Meadhbh is from Cork, and lives in Galway. She works as a housing advocate and is passionate about politics and music. In her spare time, she writes, djs as part of the Really Bad Mothers duo, and plays the fiddle. Catch her on Twitter @MeadhbhStakelum

Baby Driver, Drive or The Purge | The Impossibility of Adapting GTA