I can see this being a very over-excited and potentially nonsensical post. However, it’s happening. Thom Yorke, who I think we can all agree, is the best thing in the world ever. Or, at the very least, he’s good at music. And surprises. I remember when I was waiting for the new Radiohead album to come out, and I had another week of waiting to do, and it was like the week before Christmas but then one morning I woke up and it was the 19th of December but Santa Claus was eating my cookies and ‘King of Limbs’ was there, on the internet ready to be downloaded.

Now again, when I wasn’t even necessarily expecting imminent new Thom, all of a sudden it pops up in my news feed. And without taking another breath I have my credit card out and I’m downloading it. I love 2014. And Thom Yorke. And I’m listening to this album and it’s all too much to really register right now but I’m excited and delighted and loving the music, and look, here’s a music video, and it’s great too. 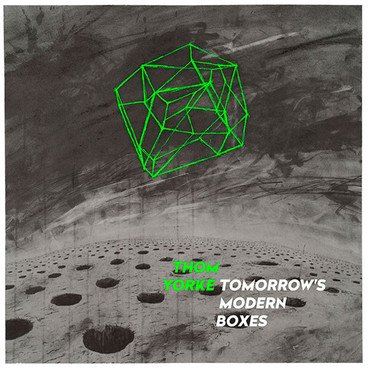 Thom Yorke is a cool, experimental, creative bastard. This album is already great, I’m listening to Mother Lode as I type.

They released (sprung the album on us) in this way as an “experiment” so that people can “make their own music and sell it themselves” therefore “bypassing the self elected gate-keepers. If it works anyone can do this exactly as [we] have done.”
You can buy the album in that box above there, which I very much recommend you do. It’s cheap too, less than a fiver in Euros. It’s new Thom Yorke, how often does that come along?

I’m going to finish listening to it now. And then I’m going to listen to it 45 more times and then I might write an actual review of it, as if I’m worthy of such a thing (clearly not).