Macau, it’s one of the most exciting destinations in Asia for those interested in travel, it is the fourth wealthiest territory in the whole world, and it’s home to the Venetian, one of the most expensive buildings in the world and the largest individual hotel building in Asia. The region of South-East China was once a Portuguese colony, and has since been handed back to China, in 1999. It has, in recent years, become a thriving home of casinos and entertainment, benefitting from the fact that gambling is illegal in surrounding areas.

The four parts of Macau together have landed themselves on the map as the Asian Las Vegas and doesn’t disappoint when tourists visit. It’s a lively and thriving area of the country and currently has no low season due to its popularity, so no matter what time of the year you visit there will be plenty for you to do. There are visitor attractions, major events and even displays and contests throughout the year, this includes a Grand Prix every year and the international fireworks display contest. It is thought that the reason Macau is such a valued tourist destination is that it’s the only place in China where gambling is allowed to take place.

As well as the casinos, of course, there are many exceptional dining experiences available in Macau, including restaurants in every casino, there are bars for every personality and many people and staff on hand to ensure that your visit is incredible, and we all know that if a tourist attraction has plenty of fantastic eateries then you’re onto a winner.

Even though there is a strict limit on the amount of poker that is allowed to be played in Macau, this doesn’t stop the fact that gaming tables and companies are opening rooms in various casinos all the time, and tables are usually sold out with a long waiting list too. There are significant tournaments held there each year, making Macau a renowned poker destination. This, along with fantastic shows, fantastic restaurants and experiences that cannot be found elsewhere, and it’s easy to see why it’s called the Las Vegas of Asia. 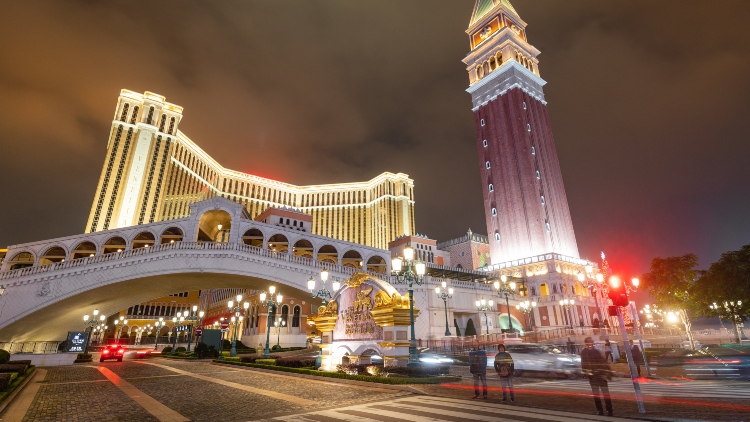 While in Macau, there are lots of things to do other than spend time in the casino, however. There are some fantastic buildings, including the Macau Tower, with incredible views right across the country. The ruins of St. Pauls, and plenty of history for you to look at during the day, and even bungee jumping and city tours. But during the evening the casinos and bars come to life, and it’s highly recommended you book a table at a poker game, just make sure you do this in advance because they are in very high demand.

Like it’s American version, Macau has plenty of shows and entertainment sessions available including dance shows such as the House of Dancing Water, which takes place in its very own custom-built theatre. You can expect acrobatics, amazing water jets and theatrical effects, plus incredible motorcycle stunts too. Or the Golden Reel Ferris Wheel, the world’s first figure-eight Ferris wheel. There really is something for everyone in Macau, and even though it is known as the gambling place to be in Asia, nobody leaves underwhelmed.

Macau boasts a very historical landscape, incredible attractions, and a thriving casino scene. It is expected that it will continue to thrive as one of the top tourist attractions in the world, drawing in crowds from all over the planet. People looking for extravagance and high-end entertainment aren’t ever disappointed, anyone who has visited the area will tell you that it was worth the trip. And even though large amounts of money are being spent there, overall it isn’t an expensive place to travel to, with very reasonable prices for the necessary travel and essentials as a standard, as with anything, you just need to know where to look.

That’s the beauty of Macau; you can choose your own experience and enjoy it in your own way. So even though you may have been thinking of taking a trip to Las Vegas for your next big trip, Macau might actually become a top contender for many people that may not have initially thought of it. However, without the 10 million people from China visiting every year, it’s no wonder that people are starting to take notice and travelling from further afield.

In Blasphemous God is Real and He Hates You