A photograph of a little boy washed up on a beach in Turkey has made every headline last week, and has gone viral on social media. The child in the picture is 3-year-old Aylan Kurdi, who drowned along with his brother Galip, 5, and their mother Rehan, on their way to Greece, from Turkey, after fleeing their home in Syria.

Those who previously saw Syrian refugees as being “them” and not “us” have been moved to empathy, proving that even in today’s over saturated media, we can still be deeply affected by a single image.

The war in Syria has been ongoing since 2011. So far, it has resulted in 12,000 deaths of children. About 250,000 people have been killed in total, and over 4 million have fled as refugees. The facts and figures are overwhelming. In May this year, disturbing photographs were published of a boy from Ivory Coast who was smuggled into Spain from Morocco in a suitcase. Just last month we read about up to 70 migrants found dead inside a truck in Austria. Every day we read about the humanitarian crisis in Syria. We have already seen so many shocking images and read hundreds of articles on the war in Syria. So what is it about this specific photograph of Aylan that has stopped us in our tracks?

Through the media, Syrians are seen as a collective group. Them. Others. They are over there suffering and we are here, feeling very sorry for them, as we discuss what can be done. We are sympathetic to their plight, but we are removed. Part of the reason we remove ourselves is because the stories are too overwhelming. The photographs are too horrific. And we are used to seeing images of terrible atrocities in the world. The over exposure of heart-wrenching subjects leads to the public becoming numb to them. So we experience what is known as compassion fatigue. We don’t break down in tears every time we see images of people suffering in war torn countries. We turn the TV down when the Oxfam adverts come on. We try not to think about it for too long, or we immediately remember how “blessed” we are, and we feel better. 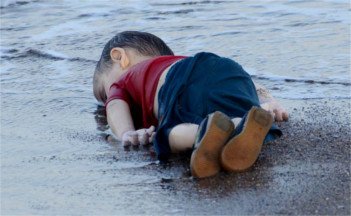 This photograph is different. We weren’t expecting it. We just can’t keep scrolling through twitter as we see it sandwiched between an article about Kanye West announcing his presidential bid and the train strike that will affect our Friday commute.

These have been the sentiments of many war photojournalists. There is nothing to do but take the picture. Since the beginning of photojournalism, war has perhaps received more photographic attention than any other event. But no image grabs people’s attention like that of a child of war. Throughout modern history, it has been the photographs of children that have jolted people into action. Nick Ut’s Pulitzer prize-winning photograph “Napalm Girl” immediately springs to mind. This photographic icon was massively effective on a large scale in 1972, in helping to end America’s support of the Vietnam War. 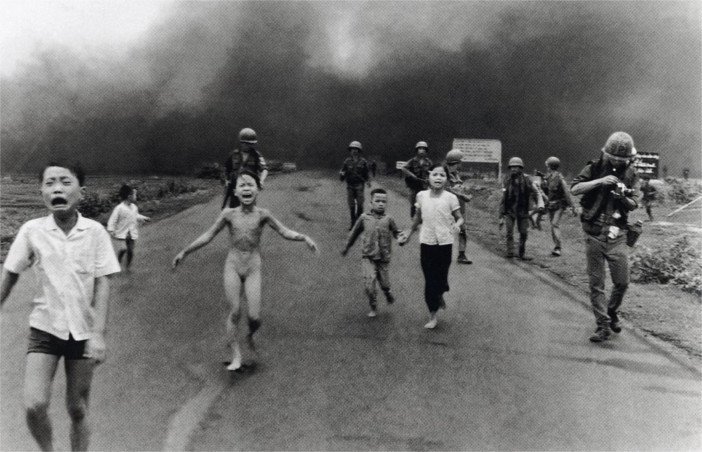 In 1993 the Western world was shocked again, with the work of photojournalist Kevin Carter and his Pulitzer Prize winning photograph, ‘Sudanese Girl’. A controversial image, Carter did nothing to help the child in the picture, but simply waited for the vulture to come into the shot. However it can be argued that this photograph looked at the bigger picture and greatly aided the plight of genocide in Sudan. 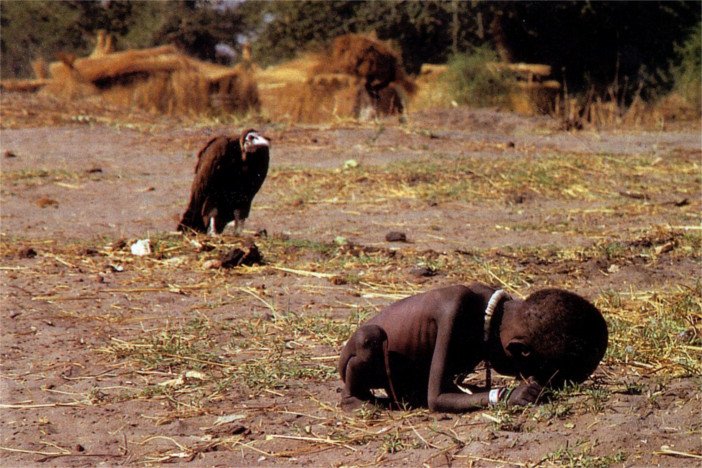 American writer and filmmaker, Susan Sontag, has written that, “being a spectator of calamities taking place in another country is a quintessential modern experience”. We are a virtual kind of tourist, watching what happens in other countries from our screens or our newspapers. In 2015, at a time when we are bombarded with photographs on a daily basis, there is a lot to compete with. We have become so numb to these constant images of war, that we needed something different to really hit us.

Unlike the image of the dying Sudanese girl on her way to a food station, or the violent image of Phan Thi Kim Phuc, screaming in pain from napalm bombings, we find it more difficult to be removed from Aylan’s picture.

The fact is, the photograph of Aylan resonates with us because he looks like one of us. He is no different to any of our own children. This is far from an Oxfam ad. It’s not an obviously violent photograph. This is a little boy wearing shoes he has yet to fully grow into, pictured on a beach at the end of summer.

We can imagine the journey that the little boy had undertaken, getting on the boat, the boys’ mother whispering to her children about the big adventure they were going on, trying to hide her own fear of their situation while hoping and praying they would find refuge in Canada with her husband’s sister waiting there. We can picture the scene on their last morning together: pulling the red t-shirt over his head, telling him to stop fidgeting as she put on his little shoes, for a journey she hoped would not be their last.

It is this familiarity that makes the image so powerful.

He could be ours.

He was not so different, after all.

The Best and Worst of Electric Picnic 2015