Anyone who was at OFFSET this weekend will understand how exhausted I am right now writing this; but what jizzy craic. An incredibly overwhelming three days of concentrated inspiration.

I’ve heard a couple of people say that this year didn’t live up to previous years, which may be true, I didn’t come away fist pumping the air with a jotter full of notes. But I’m going to put that down to being older and more cynical, not the standard of speakers. On looking back through the lineup I found it very difficult to narrow it down to five.

Obviously, as an art director working in advertising, certain speakers would appeal to me more than others, I was surprised this year as to the speakers I found most engaging. Unfortunately for Peter Maybury, Aisha Zeijpveld and Matt Willey I did not get to attend their talks and I know they’ll be very disappointed not to get a shot at the top five.

I have also excluded Boys and Girls, my place of work, as I can’t be impartial. But I will say I was pleasantly surprised at just how good Rory’s talk was, who knew he was funny? (Please don’t fire me if you’re reading this).

So here they are, the top 5 best speakers at the 2015 OFFSET festival 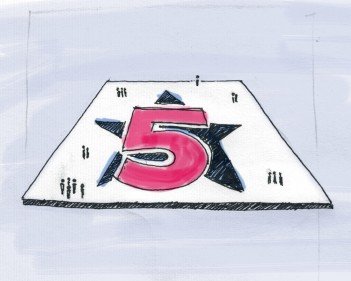 Andy is a partner in Why Not Associates, a British graphic design company whose focus is primarily typography. In less than an hour he took us through over thirty years of his work. While a lot of it hasn’t aged well it was great to hear about the process and see how the introduction of various technologies (the computer, photoshop, etc.) defined the popular style of typography from each era.

But the most impressive part of his talk was definitely how he convinced me and several of my friends to visit Blackpool, the site of the final project in his talk.

The behemoth of a £2 million, five-year-long project that was the Comedy Carpet. I’ve no idea how to describe just how impressive it looked, It’s a 2,200m2 work of art, that contains over 160,000 granite letters embedded into concrete…  just Google it. 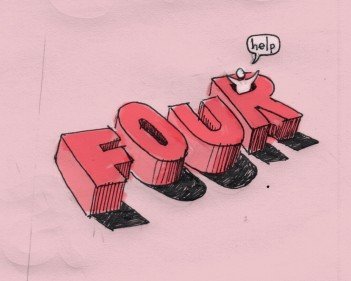 I didn’t get much of a sense of what they actually do on a daily basis, their work took backseat to their personalities. The company mantra, is ‘make enemies, gain fans’. This is the point where I say something like, “they certainly gained one fan”, but I’d hate myself for it. So I’ll just say I really liked them, but their irreverence didn’t win over everyone. 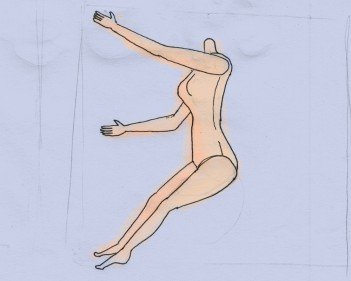 Steve Simpson interviewed the 83-year-old artist/illustrator. Well, Steve asked questions and Tomi just talked about what he wanted to talk about. They made for a wonderfully charming comedy duo. My only regret was not knowing more about Mr. Ungerer’s life before attending, he’s lived through so much it was impossible to go in depth to everything.

Now it may have been my emotionally hungover state, but I was nearly brought to tears when the packed out Bord Gais Energy Theatre gave him a standing ovation at the end. 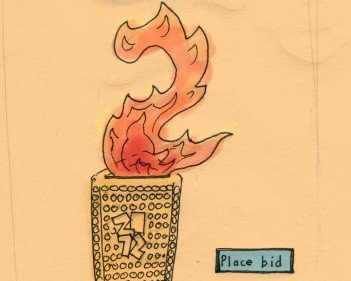 Edward Barber and Jay Osgerby are industrial designers/architects and, if I’m completely honest, I’ve no idea which one gave the talk at OFFSET, but it doesn’t matter because it wasn’t about them, it was about their great work.

They’ve designed and created some lovely things, like furniture, a commemorative coin, oh, and the London 2012 Olympic Torch. THE OLYMPIC TORCH! Hearing about the rigorous process involved in designing and realizing the torch used in the 2012 games was definitely a highlight of the whole weekend. 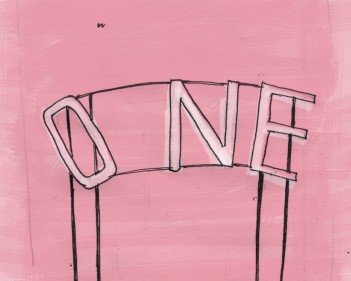 You did it Annie, number one on Mikey’s top five Offset speakers 2015. So put down that Oscar, this is what you’ve really been waiting for.

She did have an unfair advantage, I bloody love Wes Anderson. His films are upsettingly beautiful. I get frustrated watching them, knowing how many lovely little details I’m missing out on and Annie’s talk did a great job at illustrating that fact.

Having recently worked as the lead graphic designer on the Oscar-winning Grand Budapest Hotel, to my delight, most of her talk was dedicated to this.

She both made me really want to work for Wes but also never want to do that to myself. The amount of work, thought, and love that goes into every inch of Wes’ cinematic world is astounding, yet so little of it ever really gets seen.