When your Eyebrows are more Obvious than your Face 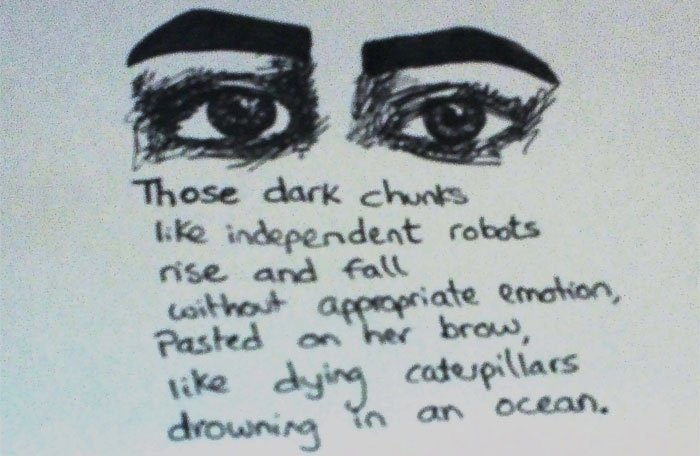 It is over a week since I have found time to commit anything to paper. What have I been doing? Living? No, no, no, my life is an endless stream of mayonnaise and frustration.

I can’t even bring myself to reply to the bevvy of suitors on POF. They drain me of my will to write. One recognised me from my online writing diary and decided to lecture me on the importance of accepting fate. Obviously he has no passion and is probably a cabbage farmer in Westport. 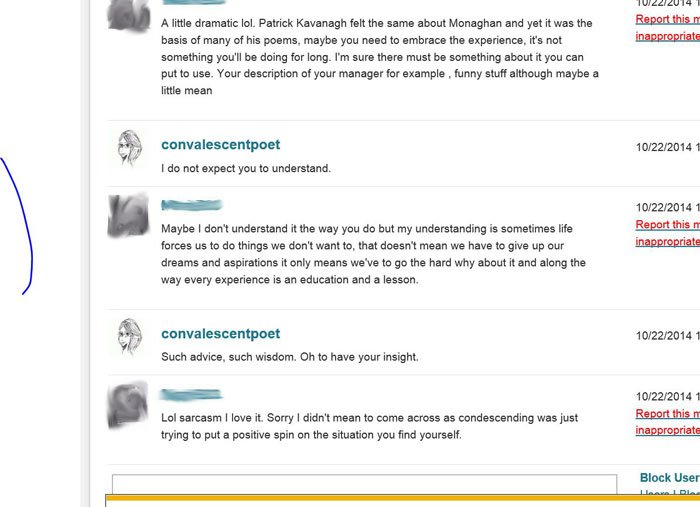 Upon reviewing THE SENTENCE, which I wrote two weeks ago: it is not THE SENTENCE. It was not even grammatically correct. I kept it folded in a gold-leafed envelope inside the front cover of my diary. I was afraid to confront its brilliance, until now. I was despairing over my inability to write. Then I remembered that I had THE SENTENCE. The only problem is that is looks like a drunk gerbil wrote it.

I must find love. Without it the power of the pen is dead.

Lorna drew on new eyebrows today. Just when I thought things could not get worse.

She asked me to meet her in the cupboard to discuss my attitude problem. I told her it wasn’t a problem as far as I was concerned. I don’t remember what she said I was too busy trying not to stare at her fake eyebrows. They were these two thick black wedges darting up and down above her eyes.

A poem came in one fell swoop. It is however not on theme for my collection. Perhaps I will now call it “raising eyebrows at my roots.” It would incorporate the universal themes that seem to travel so readily through my pen.

Laura came over after work to ask what I was dressing up as for the big Halloween party. I had not known about the Halloween party and didn’t want to admit I hadn’t been invited. I know if I go with her, nobody will ask any questions.

I don’t think I could really invest in someone that was attracted to the idea of screwing a zebra. It would lead to some serious questions later in the relationship.

I now have a poem about Lorna’s eyebrows and another about her receding hairline. Is this what my life is amounting to?

I confided my despair in mother, she sighed and said I should move out and take the damn cat with me. Which was hardly constructive and mostly rude.

My brother was invited to a Halloween party by Xbox girl. Who came over and had all the proper bits: like hair and eyes and teeth and knew how to make conversation. She was however dressed as a tiger. So it can’t end well.

I wish I could warn him, but he must make his own mistakes in this life.

Worked the morning in Gala with Sawdust brains. I’m not sure why I think rum is my friend when all the evidence points to the fact that it always reduces me to tears and sawdust brains.

In the taxi home I tried to get Laura to comfort me, but she said it was my fault for dressing like a “fucking sex toy.”