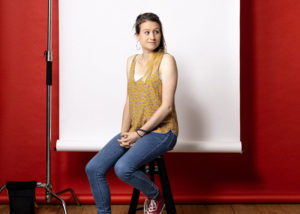 Jess Green is a poet, playwright and workshop facilitator. Jess was the BBC Edinburgh Slam Champion 2018, and hosts Find the Right Words a Spoken Word open mic night in Leicester. Her new play ‘A Self Help Guide To Being In Love With Jeremy Corbyn’ tours between March and Nov 2019.

This question is so tricky because they change all the time!

How did your new show ‘A Self Help Guide To Being In Love With Jeremy Corbyn’ come about? What were the origins of the performance?

I’ve been a Labour member since I was 18 and grew up in a house of Labour Party activists. I’ve always written about politics and I think we’re living through fascinating times politically. People have never been so engaged in politics! My publisher approached me to bring out a new collection last year and when I looked at what I’d been writing over the past few years it was almost entirely stuff about The Labour Party and Corbyn. The show grew out of putting that collection together.

Scroobius Pip said of your work that: ‘Jess manages to be hard hitting in a way that’s so subtle you don’t realise until the bruises come up? – Is this something that resonates with you about your work?

It’s a very flattering comment! I hope that is what people get from my work. I aim to try to write about things which are knotty and difficult in a hard hitting way, whether that’s through humour or story telling etc.

Congratulations on winning the BBC poetry slam competition. How did it feel to win?

Like going through a round of The Hunger Games. My goodness that slam is brutal! I was chuffed to win. All of the poets in the final round (Jasmine Gardosi, Louise Fazackerley, Saili Katebe, Nafeesa Hamid) are incredibly talented and any one of us deserved to win. It’s the nature of slams that someone has to win and obviously having that title has been a great thing this year.

What are you reading at the moment?

What next in your creative work?

A couple of things – a short film, a theatre show, some new poems. They’re all in early stages so I don’t like to talk about them too much should they disappear in a puff of smoke!

Where can readers find information about your upcoming work/shows?

I want to say website www.jessgreenpoet.com but I’m not brilliant at updating it so failing that, Twitter @jessgreenpoet 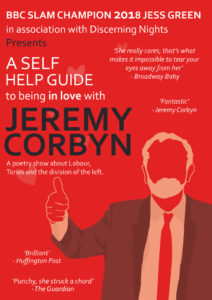 Hey Google: Can We Travel Back in Time?