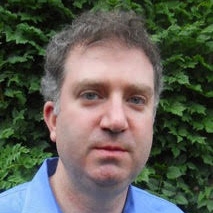 Mark Fitzgerald is the author of two books of poetry, Downburst (Cinnamon Press, 2019) and By Way of Dust and Rain (Cinnamon Press, 2010, 2019).  His work has appeared in various periodicals, including Santa Clara Review, Slipstream, Crab Creek Review, and Beltway Poetry Quarterly.  He has also been published in several anthologies, including Scratching Against the Fabric (unbound CONTENT), What Lies Beyond the Frame (unbound CONTENT), and Only Connect (Cinnamon Press). Mark received a Bachelor of Arts in English from Franklin and Marshall College and a Master of Fine Arts in Creative Writing from George Mason University—graduating with Phi Beta Delta honors. He has studied in Strasbourg, France and was awarded a fellowship to pursue his writing at Oxford. He teaches writing and literature at the University of Maryland and was recently awarded a writing fellowship from the Virginia Center for the Creative Arts.

Emily Dickinson and Wallace Stevens continue to be important poets in my mind now, but they were especially important to me at an early age, years before I began writing poetry. I also read a lot of Philip Larkin back then. These poets helped me appreciate a formal way of writing. Larkin captures nostalgia and melancholy really well in some of his poems, and I was drawn to that early on. Later, I was impressed by how Eugenio Montale compressed language to create tremendous momentum and crystallise a lot of big ideas. John Ashbery, Larry Levis and Robert Hass, these three American poets helped nurture a meditative quality that occurs in some of my work. I’ll also mention W.S. Merwin because his voice and wisdom continue to captivate me. To be able to combine images with ideas and also narrative: I think that’s key and the foundation of some of my own writing.

How was it different in writing this second collection compared with the first, in quote, quick succession?

Well, I’m very fortunate that Cinnamon Press published a second edition of my first collection, By Way of Dust and Rain, which came out this year—the first edition appeared in 2010. My second book, Downburst, also published this year, is different in that it’s really trying to explore thresholds, transitions and turning points through scenes and narratives, often in a memoir-ish way. So I guess I’m revealing a bit more of myself in Downburst. Both books took years to write and assemble. They both have poems connected to weather—wind, rain, snow—and poems that tackle big ideas and existential themes, but comparatively my first book doesn’t get as close to where I was at the time. They are quite distinct collections, yet several people who love the first one have told me they love the second in a different way. In By Way of Dust and Rain, there is a whole sequence of poems about walking through the Père Lachaise cemetery and another sequence of poems about the extinction of three species of tigers. In writing Downburst, I was much more interested in capturing scenes and experiences that reveal a certain strength in the everyday, sudden change, the effects of time, and the importance of believing in something. A good deal of it has to do with acceptance and resurgence and my journey over the last decade.

Downburst is described on Cinnamon’s website as a book that is ‘about finding magic in the ordinary’—is that something that you identify with?

Yes, I think that’s the art to living and what we often see in great literature. My close friend, Andy Fogle, who was kind enough to read my manuscript in its early stages, pointed out that Downburst aligns well with what the German poet and philosopher Novalis said was the purpose of romantic art: ‘to see the ordinary as extraordinary, the familiar as strange, the mundane as sacred, the finite as infinite.’ I agree that many of my poems are searching for this special territory, even though that wasn’t directly what I was after when I began writing them. This aim has a unique place in literature and in life. What does it mean to be alive? You try to render that in a distinctive way, in a way that reaches beyond the personal. You try to capture turning points, thresholds, insights that strike you on your way in to work. So much of what we hold onto happens on ordinary days, where we are doing something and we don’t quite expect to see beauty that way or feel so connected with the present moment.

How important is form to your poetry?

Form has been and continues to be very important to my work. I think it can enhance poetic expression rather than restrict it. There are sonnets in both of my collections, as well as poems written in couplets, tercets and quatrains. In By Way of Dust and Rain, there are four haikus, one for each season, and, in Downburst, there is a triolet about dreaming and waking, which was fun to write. I like rhyme, especially when the content seems to call for it. I also like free verse and open field poems. Much of my narrative and discursive poetry tends to resist traditional forms. I like to work through an idea and see what shape develops. Often the form reveals itself late in the creative process.

What are your plans for the future?

I’m about halfway through my next collection, which is about the power of reunion, of gathering with friends and family after a long hiatus. I’m working through a lot of ideas, frames and images related to coming together again. There is a definite coherence to it, which is pretty exciting.

How did your relationship with Cinnamon Press come about?

I submitted some poems for an anthology Cinnamon was assembling about the importance of connecting and the many levels of connection. The title of the anthology, Only Connect, came from E.M. Forster’s epigraph to Howards End. I was very happy that Jan Fortune, the founder of the press, liked my work. Shortly afterwards, I sent my entire manuscript, which was also well received and later published.

How important are small presses to the poetry ecosystem?

Small presses are vital in how they celebrate and distribute poetry throughout the world. They are essential because they nurture community and hope and promote reading and writing in numerous ways. Many small presses sponsor contests, workshops and events that foster brilliant writing and bring amazing people together. The people who run small presses tend to be very committed and work very hard. Many are writers themselves. In the U.S., plenty of presses are looking for something new and fresh—and they’ll know it when they see it. It’s great that there are places for a wide range of work: experimental poetry, language poetry, poetry that embraces the New York School aesthetic, and so on.

How can readers find you online?

Kin By Hugh Dunkerley – Review for HeadStuff can be found here

More information about Marks work can be found on his website: www.markfitz.work

Photo by Dorin Vancea on Unsplash

Words To That Effect #36 | Blood, Death, and Varney the Vampire