Every year poetry slam teams from universities all over the UK, and Ireland battle it out to win the prestigious UniSlam trophy. This week HeadStuff.org looks at all things UniSlam 2018. Today we showcase three of the best talents from this years final weekend, Courtney Conrad, Connor Ryan Macleod, and Katie Ailes. All have been kind enough to share their spoken word videos, and written versions of those pieces with HeadStuff. Later in the week we interview the winners and see/read the winning poems. 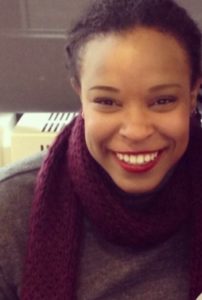 Courtney Conrad, is a 22-year-old poet born and raised in Kingston, Jamaica, who moved to Buckinghamshire, England at the age of 15.  She later discovered spoken word in her second year of undergrad at the University of Birmingham where she studied a B.A. in Social Policy, and acted as Vice President of Speak Out Society, the university’s poetry society. Also, opening up for American poet Alysia Harris on her Stars to Stars UK tour in Birmingham . Now studying an M.A. in Public Relations and Society at the University of Leeds, she’s continuing her dreams of becoming a poet, currently working on a chapbook alongside her studies. As for her poetry she uses personal narratives to discuss the politics of race, gender and class, whilst simultaneously allowing her feelings to go skinny dipping offering very vulnerable and raw personal experiences on love, heartbreak and self-love. 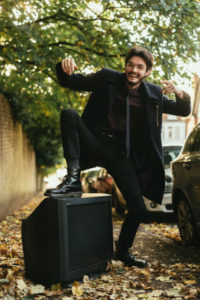 From humble beginnings reading passive aggressive complaint poetry on the backs of napkins in SU bars, to the giddy heights of being asked to host poorly attended open mics in those same SU bars, Connor Macleod has truly done it all! A Hammer and Tongue national finalist, Unislam runner up and Poetry Rivals highly commended finalist, everybody’s second favourite poet just won’t stop *almost* winning everything he turns up at. Macleod is currently the co-host of Raise the Bar, a burgeoning playwright working with the Bristol Old Vic and a masters student researching poetry criticism in the vain hope of discovering why no-body really rates his work. Drop him a line if you’d like to chat, he’s almost as busy as he is lonely! 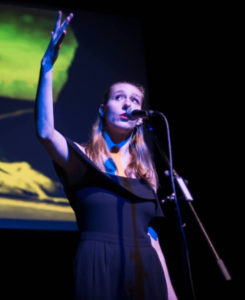 Katie Ailes is a poet and scholar currently pursuing her PhD in English at the University of Strathclyde. An active spoken word artist, Katie placed second in the 2015 Scottish National Poetry Slam and has performed across the U.K., including at the StAnza and Wickerman festivals, The Edinburgh International Book Festival, Rally & Broad, and St. Mungo’s Mirrorball. She organises, composes, and performs with the spoken word collective Loud Poets, including touring with them to the Brighton, Prague, and Edinburgh festivals. She released her first collection, Homing, in 2015, and was published in the House of Three anthology series in 2016.

Thanks to Sean Coletti for introductions to some great poets.

Agriculture and the Iris Hypothesis | The Climate Debate in Ireland