The Resignation of Mabel Maghee 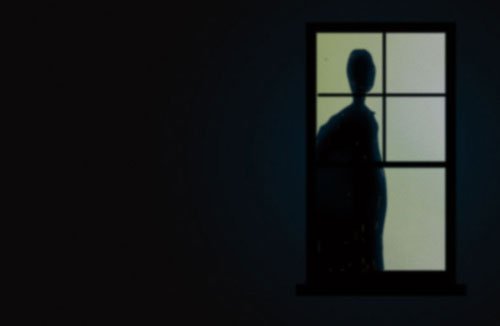 To whom it may concern

RE: The disappearance of Abigail Petty

To all concerned parties, this is my account of the events leading up to the disappearance of Abigail Petty, known henceforth as Abby. From this point forward I will stop attempting to sound formal and just tell you what happened. This letter will also serve as my letter of resignation of from the Colorado Springs Police Department.

I was made aware of Abby’s existence some weeks before her disappearance. She had called into the 911 dispatcher on numerous occasions to report what she believed to be an intruder in the vacant house across the street from her home. Each time an officer was sent to the location without finding any indications that there was anybody in the residence.

Eventually the dispatcher stopped sending a unit over and instead transferred the calls to me. I was instructed to make sure there were no immediate threats to her and to see if there was another reason for her calls.

I put her age at approximately ten years old. I was disturbed to find out that she lived in a single-parent household and her father worked nights. I worked under the assumption that she was lonely and this was some sort of attempt to get attention. When I asked if it was ok to speak to her father about her calls she seemed fine with it. She had told him about the intruder as well and apparently he would not be upset that she called the police.

She officially disappeared on Saturday, August 24th, The Wednesday beforehand she called in to once again report seeing someone moving inside the residence across the street. When I asked her describe what she saw she could only say that it appeared to be a large shadow moving back and forth in front of the windows. Other than a rough idea of the height of an individual, she could not give me any additional details about hair length or color, skin color or clothing. She told me it looked like a big shape moving around.

When I was done asking pertinent questions we started to just talk. Gal talk. One story she told me stuck with me. She was telling me that her father had taken her on vacation to the Caribbean the previous summer and one night she sat out on a dock and watched a school of tiny fish swimming at the top of the water. Every now and then a larger fish would sneak up and eat some of them and then less frequently a larger fish would come gobble up the fish that was trying to eat the tiny fish. I realize that coming out of a ten year old’s mouth it might not seem profound but the way she said it made me remember it. She said “Only people are silly enough to think that there’s a point to life. Those fish know the score.”

The next night, at just about midnight she called again. Same problem … the shadow was moving around inside the house again. She was actually watching it as we talked. This time she told me about a boy that had gone to her school last year. He had moved from England and had a rather hard time of it. The other kids teased him relentlessly and when I asked why she told me the oddest story. I had to actually Google the word faggot to make sure she wasn’t making the whole thing up. When I did I saw that faggot is indeed a British dish. Apparently the boy has mentioned in class one day that his mother had made him faggots for breakfast.

For the remainder of the school year his life was unpleasant.

As you might guess I was getting quite attached to Abby and when the phone call came the next night I was actually happy to take it. The nightshift can get a bit dull and our conversations passed the time nicely.

Her voice was different though. She sounded nervous. She told me that the shadow was just sitting there at the window. Watching her. She said she could feel it somehow. I tried to calm her down, get her talking like she usually did but this time she seemed agitated.

She told me that she thought that it was mad at her. I questioned her about calling the shadow an “it” as opposed to a he or she but she simply said that it wasn’t a person. That’s why, she explained, the police could never catch it.

There was something in her voice that gave me goosebumps. I started to talk about the little boy from England and whether or not she’d ever made friends with him. She said that she didn’t, she was too nervous to go up and introduce herself.

Looking back now I realize that I’d made a mistake in not changing the topic because she started to associate the shadow in the house with the little boy. She said that perhaps the thing in the house was just lonely and didn’t have any friends. She said that maybe this time she should have the courage she lacked with the faggot-eater.

I about fell off my chair when she called him that. Kids say the funniest things without knowing it.

She told me that she waved at the shadow but it just sat there. She took a long breath and told me she was going to introduce herself.

“Maybe I’ll make a new friend. Or maybe I’ll end up like those little fish next to the dock.”

Then she hung up. To this day I don’t know why I didn’t scream at her not to go. Or at least send a squad car around to make sure she was alright. I tell myself that the whole thing was just something in the imagination of a young girl but even then I knew it wasn’t. I felt something was wrong about the whole thing.

I even went to the house a few times. Once late at night. Looking for shadows I guess. I never saw anything.

So when I stated that this was my letter of resignation I really should have phrased it that I am resigned to quitting. I have handled all the inner demons of the people that come through these doors day in and day out, but I’m not sure I could handle it if there are other types of demons.

Actually, I’m quite sure I can’t. I stare at the picture of Abby and I hear her voice. In my mind’s eye I see her walk across the dark road that separates the houses and I hear her little hand knocking on the door. And almost every night since she disappeared I wake up out of a nightmare picturing what opened the door.

I am the author of five short story collections; Merciful Flush, Results May Vary, The Ball Washer, Homo sayswhaticus, and my latest The Trembling Fist. I blog daily on my website www.lancemanion.com and frequently contribute to many online fiction sites.

Sin City: A Dame to Kill For | review