a man passing by;
do you have one euro?
he asks
and I say
sorry man
–
my dog will now attack you
he says
and I say
no, he won’t
how do you know?
he says
and I say
‘cause it’s a beautiful fox terrier – and I love dogs
–
and he says
Daisy, attack
and adds
nah, man – am kidding
and he asks
have you seen me pushing my trolley down town?
nah, man, I have not
I say
and he says
cheers man
–
he pushes his fist forward
and I push mine against his
he goes on to leave but turns back
where are you from?
are you Spanish?
he adds
and I say
Cypriot
where’s that?
he asks
the Mediterranean
I say
and I’m glad I didn’t give him Europe;
I think he was too.

Helping the Homeless in Ireland This Winter 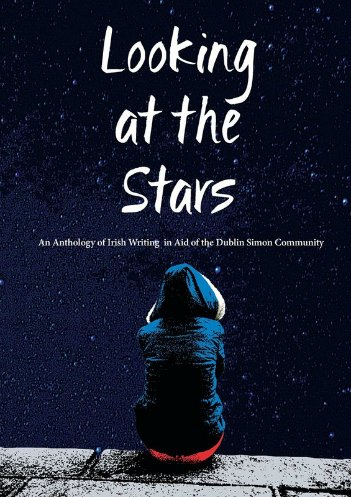 Looking At The Stars is a limited edition anthology of Irish writing edited by Kerrie O’ Brien and Alice Kinsella to raise money for the Rough Sleepers Team of the Dublin Simon Community.

It features a mixture of poetry, prose and non-fiction from a host of incredible Irish writers including Anne Enright, Joseph O’Connor and Kevin Barry but, most importantly, it will also feature writing from those currently in the services of the Dublin Simon Community.

1000 copies of the anthology will be printed, costing €15 each with the full amount going directly to the Dublin Simon Community to raise €15,000.

This project is funded entirely by The Munster Literature Centre, Dublin UNESCO City of Literature, Poetry Ireland and The Irish Writers’ Centre.

Looking At The Stars is available from 1st November 2016 in Dubray Books, Books Upstairs and The Gutter Bookshop and is available to pre-order now online.

Stelios Hadjithomas is a lawyer (currently not practicing), a published copywriter, an online editor, a researcher and art professional with a focus on organizational management and user behavior. His interests include contemporary visual art, technology, and marketing. A hopeless romantic at heart, he is also an author working with storytelling, words, speech, and new media. He is currently working to finish his debut novel and his MA in Cultural Policy & Arts Management. A brother and an uncle, a son and godfather, he comes from a large family of eight. His poetry has appeared in the The Honest Ulsterman and A New Ulster.