Insidious: Chapter 3 is in some ways a change up for the franchise. The original director, James Wan, presumably Scrooge McDuck-ing it in a money pool right now, has sailed off into a glorious, post Fast and Furious 7 future and handed over duties to Leigh Whannell. The story also takes place before the previous 2 chapters, making this a semi prequel; a prologue, really. 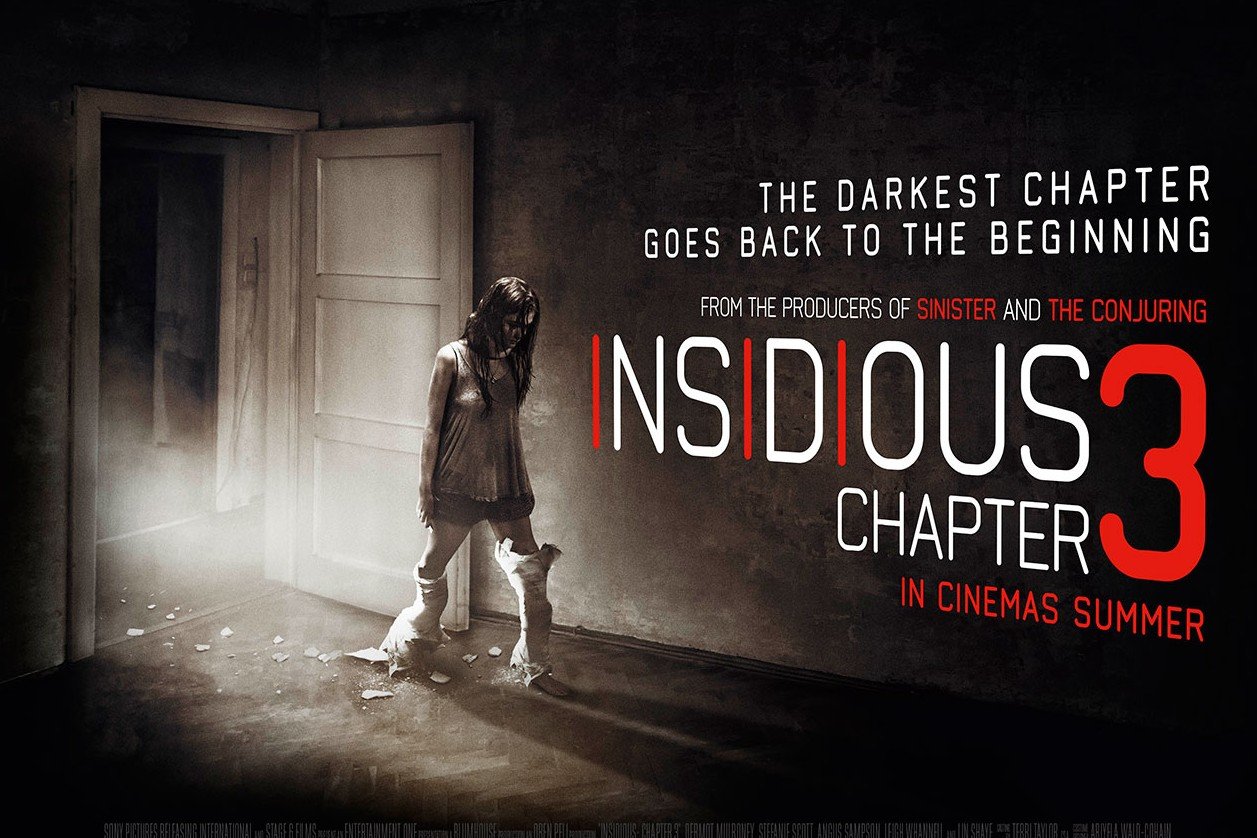 Those changes aside, this is more of the same. The plot is all means to an end stuff. A teenager tries to contact her dead mother using a psychic medium and everything goes as tits up as you’d expect. The cast do very well at making you give a shit about them, particularly Stefanie Scott as the aforementioned teenager and Lin Shaye who returns to her role of the psychic, Elise, from the first two movies.

The film is an efficient multiplex ghost house. Unlike recent horrors like The Babadook or the brilliant It Follows (seriously, watch It Follows) the Insidious series is never and has never been interested in anything other than where the next jolt comes from. Leigh Whannell handles the story well by reigning it all in and avoiding the ropey subplots of Chapter 2. Given focus, the set piece scares stand out and are effective. That many of these scares are essentially long pauses followed by a ‘boo!’ doesn’t really matter when they’re edited well enough to actually do their job. This jabbing you in the metaphorical ribs is also complemented by some skilfully creepy moments that are honest, hokey fun.

The script always takes the path of least resistance to build empathy for the characters. An attractive, single dad unironically refers to his young son as ‘buddy’. A kindly old woman talks to her cute dog as she tucks herself in at night. The film rations out short doses of sentimentality just as cynically as it times its scares. The heartlessness of this isn’t going to win over new fans but if you’re looking for something fun that will make you grip the arm rest then this is an excellent, legal choice.

Insidious: Chapter 3 is in cinemas now. Check out the trailer below.