Our weekly round up of film news and trailer reviews featuring Lord and Miller, a freaky Johnny Depp and 5 films to sit back and enjoy this week… It’s The Showreel!

Spider Man – By Lord and Miller

Another week, another superhero movie. Our very own Paddy O’Leary has been documenting the future of superhero movies for the next five years and the list is HUGE. So, here’s another one for you, Phil Lord and Chris Miller will be bringing a animated version of Spiderman to the big screen in 2018. Amazingly this will be the 7th Spiderman film since 2002, and will be independent of the 2017 Marvel version, which is also independent of the Amazing Spiderman movies and the Sam Raimi directed trilogy that started 13 years ago. That is 4 separate Spidermans (Spidermen?).

Lord and Miller are the creative minds behind The Lego Movie and the 21 Jump Street reboot and will be writing and producing the Spidey show, and may aim at creating a more comic version of the well known story. They are in an awkward spot however as they are also working on a DC project, The Flash, as well as more Lego Movie spin offs including a Lego Batman film. Either way, I’m sure they’re happy out working with the most famous of superheros, in a time when superhero movies are the be all and end all of Hollywood output.

It’s that time of year when every studio is vying for your precious attention, as the summer blockbuster season begins. The likes of Avengers: Age of Ultron is going to draw huge crowds over the next few weeks and the studios are showcasing all the big hitters coming over the next 18 months. These previews and teasers are released as part of a huge marketing campaign and can have a massive bearing on studios themselves with Disney’s stock rocketing upwards after the release of the new Star Wars: The Force Awakens trailer and details of the standalone Star Wars Anthology films. It was no coincidence that both the Star Wars trailer and the new Batman Vs. Superman previews were released a week before the Avengers: Age of Ultron, deflating much of the hype surrounding the Marvel premier.

Amongst the other released was the new Jurasic World trailer… which looks slightly most preposterous that its previous trailer. There was also a new trailer for the Terminator Genisys film, which looks all kinds of crazy… and not in a good way. Marvel, not wanting to be undone, also released a new Ant-Man trailer which does look like a lot of fun. The build up to the Summer is here.

The true story of Whitey Bulger, the brother of a state senator and the most infamous violent criminal in the history of South Boston, who became an FBI informant to take down a Mafia family invading his turf.

Johnny Depp has been denigrated in many publications (this one included) for his recent acting choices with many (this one included) asking why he has not achieved the same acting heights as he did with his performances in the likes of Blow, Donnie Brasco and Fear and Loathing in Las Vegas. Perhaps it was the source material, perhaps it was studio decisions, and perhaps it was laziness… who knows. But in the first trailer for Black Mass it is clear that we are dealing with a different Johnny Depp than we have seen in the past decade. The film tells the real life story of Whitey Bulger, one of the most notorious crime bosses in Boston who was also working with the FBI. The story may seem pretty familiar with Martin Scorsese’s The Departed being based effectively on the story of Bulger.

The cast is pretty sensational with Joel Edgarton portraying Bulger’s childhood friend and current FBI detective John Connolly. Edgarton has built a brilliant career on making great choices and he lights up every film he is in, in a unique and understated way with Warrior, Wish You Were Here and Animal Kindgom being perfect examples. Black Mass is directed by Scott Cooper who emerged onto the scene with the Oscar winning Crazy Heart starring Jeff Bridges in 2009. He followed that up with the poorly received Out of the Furnace with Christian Bale and Casey Affleck.

Black Mass is due out in September.

Alex, Emily, and their son, RJ, are new to Los Angeles. A chance meeting at the park introduces them to the mysterious Kurt, Charlotte, and Max. A family “playdate” becomes increasingly interesting as the night goes on.

This film look like a lot of fun, and coming off the back of a hugely successful appearance at Sundance and SXSW, it is currently rocking a 100% rating on Rotten Tomatoes. Jason Schwartzman has always been a fantastic actor and it is a wonder how he has never been widely accepted. Perhaps this is his own choice as he does favour the more unusual, indie film over the Hollywood staple. His working relationship with Wes Anderson has yielded some of his best performances and it seems in The Overnight he is at it again. Adam Scott is also hilariously hilarious.

The Overnight is out stateside in June however no official release date for Ireland as of yet.

So What Films Are on TV This Week? 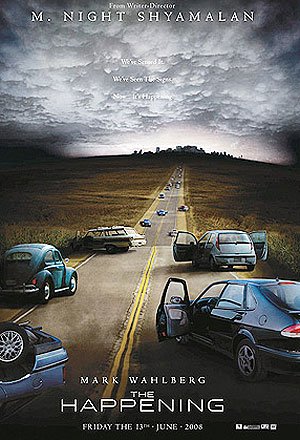 A science teacher, his wife, and a young girl struggle to survive a plague that causes those infected to commit suicide.

OK OK, it’s rubbish. But your alternative is the Late Late Show, and also there is a unique drinking game for The Happening… everytime something happens you drink. [Edi[Editor’s note: This drinking game is also suitable for non-drinkers]t seriously, it’s awful shite and fully confirmed the fact that M. Night Shyamalan is a complete spoofer. 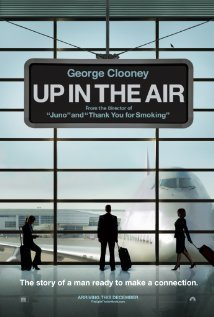 With a job traveling around the country firing people, Ryan Bingham enjoys his life living out of a suitcase, but finds that lifestyle threatened by the presence of a new hire and a potential love interest.

Anchored by some great performances by George Clooney, Vera Farmiga and Anna Kendrick, this Jason Reitman film deservedly picked up 6 Oscar nominations for its subtle, confident and smart portrayal of the naughties as seen from a genuine perspective. Reitman’s follow up films haven’t quite hit the same level as this brilliant comedy drama. 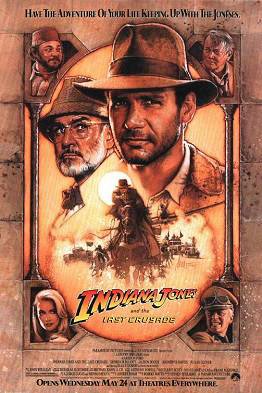 BBC have been showing all 4 Indiana Jones films over the past few weeks, and this time it’s the turn of The Last Crusade. Spielberg decided he had to make this film as he was not happy with how Temple of Doom was received. It’s a wonder what he will do to repent for Kingdom of the Crystal Skull (which, coincidentally, is on Monday). 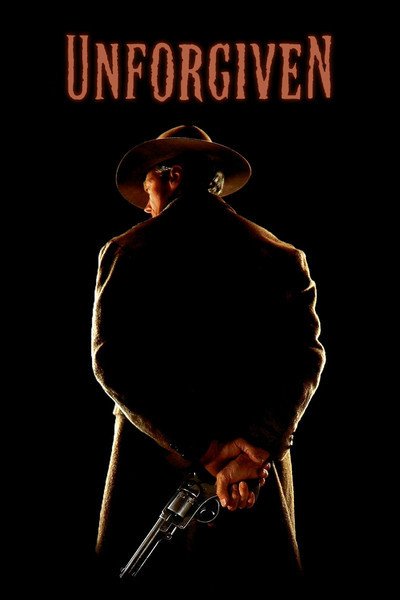 Retired Old West gunslinger William Munny reluctantly takes on one last job, with the help of his old partner and a young man.

Brutal, dark, violent and ruthless. Unforgiven changed the Western forever and it was Clint Eastwood himself who decidedly altered the genre for which he was most famous. The traditional Western was put to bed with this deep meditation on killing and violence which won Best Director and Best Film at the Oscars. 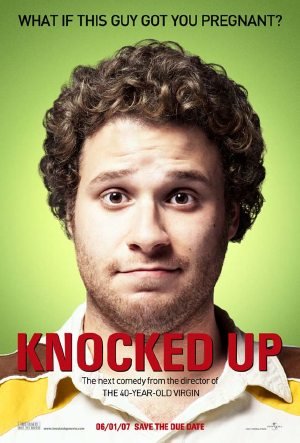 For fun loving party animal Ben Stone, the last thing he ever expected was for his one night stand to show up on his doorstep eight weeks later to tell him she’s pregnant.

Judd Apatow writes and directs this comedy that is equal parts hilarious and terrifying, depending on your gender. Seth Rogen was only starting out on his roll to becoming the “alternative leading man” that has seen him rise to the top table at Hollywood, and it is his charm and loveable demeanour which fuels the comedy of Knocked Up. The supporting cast are brilliant and much of the laughs come from these well observed characters.

Red Dwarf – The Perfect Combination of Comedy and Sci-Fi?