Our weekly look at what’s going on in the world of film around the globe and includes an ant type man, the latest on “Awards Season” and Taken 8 (or 9, I’ve lost count). It’s The Showreel… 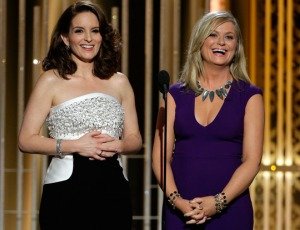 Sunday night saw the first of the “major” awards ceremonies kick off with the 72nd Golden Globe Awards in Hollywood. Many of the stars appeared for the “informal Oscars” that combines both the greatness of film with the emerging greatness of TV. Often a good indicator for where the all important Oscars will go in March, the Golden Globes has also been seen lately as a great comedy show-piece for it’s brilliant hosts Tina Fey and Amy Poehler who have hosted over the past three years. You can check out their comic musings from the show here.

The main winner on the night in the film department was the fantastic Boyhood by director Richard Linklater which won Best Drama and Best Director. Eddie Redmayne and Julianne Moore won best actor and actress in a drama for The Theory of Everything and Still Alice respectively. The Grand Budapest Hotel got the nod for best Musical or Comedy, while Birdman‘s Michael Keaton won Best Actor for a Comedy and Amy Adams picking up a Globe for Best Actress in a Comedy in Big Eyes. J.K. Simmons (Whiplash) and Patricia Arquette (Boyhood) won for best supporting actors. PM 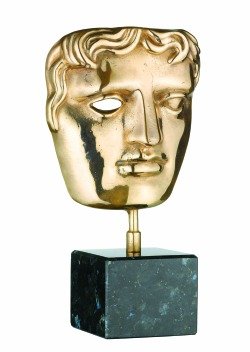 The nominations for the 2015 BAFTAs have been released and it is a good haul for The Grand Budapest Hotel, which tops the bill with a whopping 11 nominations. Both The Imitation Game and Birdman follow close with 10 each. The nominations for Best Film are as follows: Birdman, Boyhood, The Grand Budapest Hotel, The Imitation Game, The Theory Of Everything. No shout for Interstellar in Best Film (although it does get four other nominations), is it just me or is this an unjustified travesty? I may be overreacting a little but still, to hell with the BAFTAs, there I said it.

Nightcrawler and Whiplash get a good few nods which is nice and the critically acclaimed British comedy Pride also gets some attention. Foxcatcher receives two nominations in the Best Supporting Actor category with both Mark Ruffalo and Steve Carell squaring off against Ed Norton (Birdman), Ethan Hawke (Boyhood) and J.K. Simmons (Whiplash). PO’L 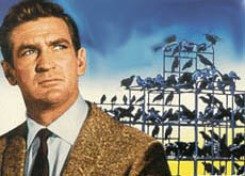 Star of the Hitchcock classic The Birds, Taylor passed away this week from natural causes at the age of 84. As well as staring next to Tippi Hedren, Taylor famously portrayed H.G Wells in 1960’s The Time Machine and voiced Pongo in Disney’s 101 Dalmations (1961).

Taylor continued to act regularly well into his sixties and featured in TV classics such as Murder, She Wrote and Walker Texas Ranger. His final role on the silver screen was his portrayal of Winston Churchill in Tarantino’s Inglorious Basterds (2009). PO’L

Paddy O’Leary takes us through a few trailers to watch out for:

Ever since Edgar Wright left this project I’ve had my reservations about the latest Marvel outing. While Wright has directed some of the funniest, action-packed comedies in the last decade (Shaun of the Dead, Scott Pilgrim vs. the World) Reed has only directed a number of TV movies apart from two big screen outings: 2006’s pedestrian rom-com The Break Up and 2008’s Yes Man.

That said, Marvel have not disappointed in many years. Ant-Man is the first of two Marvel films to hit our screens this year with the highly anticipated Avengers sequel coming this summer.

Scott Lang (Paul Rudd) must don the super suit of Ant-Man, enabling him to shrink in size but increase his strength, to help his mentor Dr. Hank Pym (Michael Douglas) pull off a world saving heist.

With Rudd in the lead role we can expect some laughs along the way but with the premise of an uber-tiny hero I hope the SFX-heavy content won’t take away from this Marvel storyline.

Vince, E, Drama, Turtle and Ari return in a feature length comeback. After eight seasons, the show grew a little old and yet, I have high hopes for this. They know they have something to prove and will be pulling out all the stops to prove to us that they still have what it takes. Or they may just be settling for a big paycheck.

Writer and director Doug Ellin has not really done anything since writing nearly a hundred episodes of the original TV series. He will be very familiar with the actors and the nature of their characters. Only time will tell if this adventure onto the big screen will pay off but I am sure they will have a box office hit, no matter the quality, due to the large fan base of the series.

[youtu[youtube id=”7uDuFh-nC-c” align=”center” autoplay=”no” maxwidth=”550"]p>Collet-Serra and Neeson collaborate for the third time in what seems to be a running gag in Hollywood. I was not a fan of Taken, I did not bother with Taken 2 and I will certainly not be checking out Taken 3. Collet-Serra directed Neeson in Taken After a Coma (AKA Unknown) and Taken On a Plane (AKA Non-Stop), they now team up again for Taken With My Son.

The fact that I will not be going to see this attempt at unoriginal action drivel does not mean it won’t make a killing in the box office. In fact, it seems once Neeson has a gun and a mission, it will make money.

Ed Harris is looking old, but the guy is a dude. He may be the only redeeming factor to this farce.

I understand people like these kinds of movies and sure, it’s a tad conceited of me to bash a film that I haven’t seen yet but I’m done with this trend. 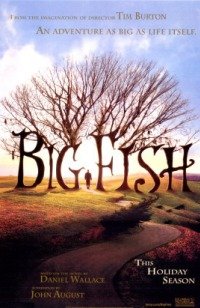 Tim Burton was on a run of successful films, then he made Planet of the Apes which sucked major monkey balls. He followed that up with this unexpectedly sweet tale of storytelling. For me, the best part of the film is the fact that Burton ditched the overused visual style and decided to make it look non-Burtonesque. Ewan McGregor stars alongside Albert Finney and Billy Crudup. 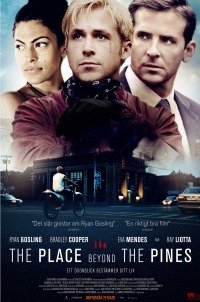 Ryan Gosling has made a string of super films over the past 6 or 7 years, including this reserved drama from his Blue Valentine director Derek Cianfrance. Gosling plays a motorcycle stunt driver who must turn to crime to help provide for his newborn child. The good cast includes Bradley Cooper, Eva Mendes and Ben Mendelsohn (watch every film he is in) but it is Gosling’s silent, pensive portrayal that steals the show. 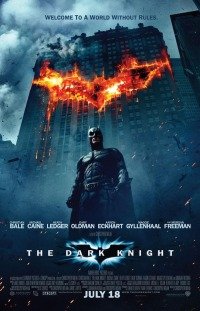 Regardless of all the Marvel outings over the last number of years, the standard to which all comic book films strive to reach is that of Christopher Nolan’s The Dark Knight. Christian Bale returns as Batman but it is Heath Ledger’s sublime interpretation of his arch nemesis The Joker that deservedly won him a posthumous Oscar in 2009. A film that can be watched again and again, filled with great scene after great scene and showing that a comic book film can be a blockbuster and a deep, thorough look at the modern world. 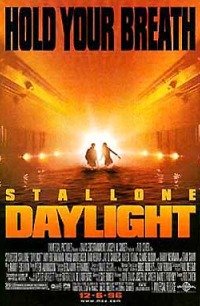 I have to admit, this is a bit of a guilty pleasure for me and I don’t really know why. Its one show piece scene happens right near the start and involves a rather large explosion in a tunnel and once that scene is over, it is all pretty mundane stuff. But it has a simplicity about it that means it just kinda works, as a group of survivors of the before mentioned explosion try to escape a tunnel. It’s that simple. Viggo Mortensen and Dan Hedaya support Sylvester Stallone who leads the group toward daylight (like I said… simple!) 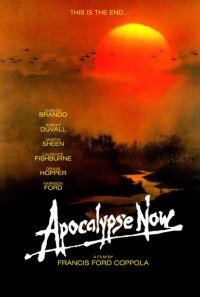 Francis Ford Coppola’s masterpiece is essential viewing, hands down. Bases on Joseph Conrad’s 1899 novella Heart of Darkness, this Vietnam epic follows American Captain Willard (Martin Sheen) as he travels into the jungle’s of South East Asia to find renegade army Colonel Walter Kurtz (Marlon Brando). The film is a visual and sensory masterpiece on every level and like The Dark Knight above, Apocalypse Now is the benchmark for what a war film can be. Robert Duvall, Laurence Fishburne and Dennis Hopper appear but it is the overarching story of madness and folly that will stay with you throughout. For further viewing check out the absolutely fantastic documentary Hearts of Darkness: A Filmmaker’s Apocalypse detailing the unbelievable stories surrounding the making of Apocalypse Now.

Blood on the Paddle – Chapter Two

Sounds Like Now #1: John Carpenter VS The Original Rudeboys