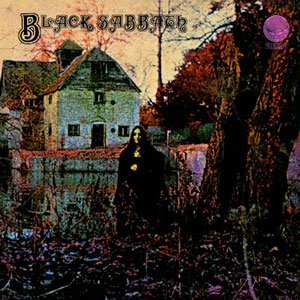 My relationship with Black Sabbath can be summed up as such; I know an incredible amount about them despite never listening to their debut album. A consequence of being friends with mainly metal fans. Where better to start than at the beginning with metal’s first album (according to some). I can imagine the kind of stir this could have caused on its release. The slow intense opening brings an air of legitimate intention to the album. A, ’This is what we’re doing’ moment. Often bands throw their fastest or most brutal song right at the start to bash an audience over the head with their ideas. Black Sabbath draws you in and dares you to listen. I like the murkiness of the album. Throughout the themes of the occult, Lucifer and the Lovecraftian nightmare appealed to me. They’re nonsense of course. But entertaining nonsense. Reminding me of stacks of Fortean Times dogged eared and stacked high with headlines like, ‘Lucifer’s Shoes Found In Germany’. On a purely musically basis the album is best when it’s driving home a heavier noise and letting Ozzy sing the darker lyrics. It’s the essence of the album and without a doubt hugely influential on generations of Metal bands.

Slow, driving, intense and everything I would want in a Metal song. 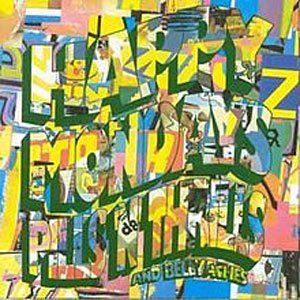 Madchester. Not a place but a beautiful and short-lived moment when Manchester was the centre of the musical world. Towards the end of the 80’s and into the early 90’s it produced bands that mixed alternative rock, psychedelic and electronic dance. And The Happy Mondays. This strange mix of an album was their third and apparently their best. It makes good use of the Madchester sound with funky bass, conga drums and keyboards. The album switches between a rock sound and almost (but not quite) oppositional dance sound. Luckily for The Happy Mondays they were skilled enough in both genres to not let either one dominate the other. The album flows well despite the genre changes and the talk-sing style on tracks like Step On are indicative of the Madchester style. There’s not a lot more to the lyrics than the partying spirit of the scene it was born in. It’s all drawn from the ‘Fuck-it-all’ E-Culture that was part pure nihilism, part a desperate search for a direction. To me this album brings up very locked away memories of Sunday games in pubs drinking gallons of Coke while my father commented on somebody called Manchester United. Not all nostalgia sucks.

I like the lyrics, the beat and it’s pure Madchester sound. 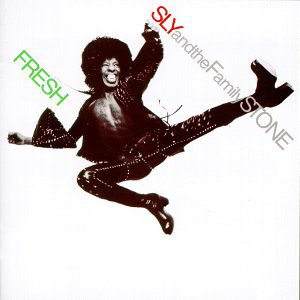 Sly Stone and his Family are a quintessential funk band. And Fresh is no doubt sitting proud at the top of the pyramid of Funk albums. From beginning to end this album had a purpose. To be more soulful, more funky and full or rhythm. And it does that. Well. So well I find it hard to talk about with any authority. The genetic material of funk runs through plenty of my favourite bands and albums. The way Fresh uses the bass is what sets it apart. The bass is an upfront instrument. As it is in much of funk. Not laying down the beat but defining the overall sound. It’s definitely heading more toward a pop sound overall but that’s part of the charm. Filing off the rougher edges of funk. There is also one of the best covers of Que Sera, Sera I’ve every heard. The track is much less optimistic sounding than Doris Day’s 1955 original. The voices are soulful and the chorus is belted out in response. Sung with real conviction by Sly in an exceptional style. The content does sometimes dabble in more serious subjects as in gospel style Babies Makin’ Babies. A real good place for anyone interested in funk to visit.

I should probably pick one of their originals but there’s something about this cover that has me putting it on repeat. 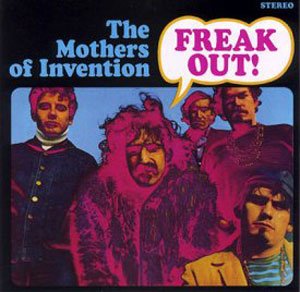 I wanted to set myself a challenge this week and delve into bands and albums that often illicit the response, ‘You haven’t listened to…?!’ Frank Zappa has been on my ‘to listen to’ list for a long time. So The Mothers of Invention was important to me. At first I didn’t get it. This is down to the fact that musically the album is so busy. There’s rhythm and blues, doo-wop, bluesy rock, orchestral stuff and, what I read referred to as, sound collages. So as someone that craves a consistent execution of an album’s theme I found it rough. This is a big bloated rock album. Really indulgent of the performers personal interests. I almost rejected the album on a first play through. On writing any piece on an album I am listening to it again. Within seconds I heard, what many people must have. The kind of enjoyable musical experimentation many try and few achieve. I can hear the influence it had later on. Variations on it’s sound can be heard in The Beatles and The Dead Kennedys. I am going to have to give it a few more passes. Which in itself is a compliment.

Playlist Track: Who Are The Brain Police?

If Kafka tried his hand at music it might sound like this creeping menace of a track. 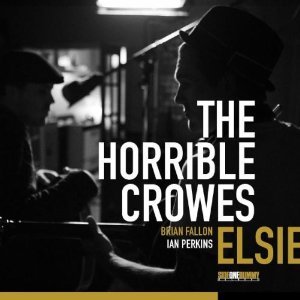 Another alternative rock album finds it’s way onto my playlist. A well put together debut album by The Horrible Crowes. There’s a pedigree Americana sound to Elsie. Very few of the tracks would sound out of place on a Bruce Springsteen album. At times it’s because they’re almost indistinguishable. Check towards the end of Cherry Blossoms for an example. The lyrics are strong and full of that open road romance that makes American rock so attractive. There are even times when a bit of Nick Cave slips in, but without Cave’s more brutal approach to the same choice of subject matter of loneliness and love. A kind of fear of love and what it means. I don’t know where to put this album. Do I leave it aside and forget about it, preferring to get my alternative rock from the source? Or do I give it a few more plays and see if something sticks? Over all I think it’s a strong album that needed a lot less polish to bring out the best components. The loneliness is too sweet sounding and too often I feel that lead vocalist Brian Fallon could just walk away from the problems in each song with little consequence.

The type of song I wanted more of on the album, full of the most fearsome side of passion. 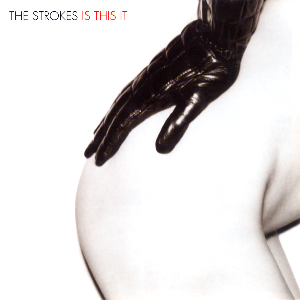 If I was to think of the word ‘indie’ there’s a few bands that come to mind. And stranding right there in the centre of my head are The Strokes. A band I have literally never had time for. First task for me was to untangle my own prejudices. After some effort I finally let go and found myself listening to what is a very… OK… album. There’s nothing wrong with it. Nothing that drove me to think it’s truly great. Just very good. The choice of subject for the songs is what you’d expect. A young rock band looking around and choosing to focus on what they can see living in New York. Their friends, experiences and whatever it was that people in NYC at the turn of the millennium. So the album feels a little gutless. And maybe even heartless. It’s not particularly interesting to hear about the moral questions of corrupting an innocent in Barely Legal when there’s no real sense of consequence. The strong classic rock (and punk) vein in The Strokes makes the music highly entertaining. But I just wish there was more to the content. Not a bad listen but definitely not finding it’s way into my permanent collection.

Of course it bloody is… 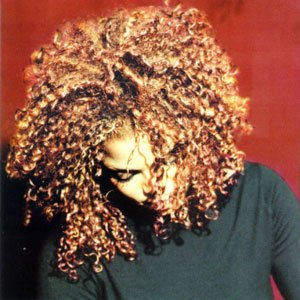 I certainly hope you people appreciate the lengths I go to trying to make this feature interesting. Because this week I listened to Janet Jackson for over an hour. And it wasn’t the worst experience of my life. It wasn’t the best either. The Velvet Rope was clearly written in an attempt to deal with personal issues in Jackson’s life. Being a Jackson that was to be expected. Although I do get a sense that this album was written with real passion, and quite a bit of anxiety, it rarely comes across. Only on a couple of songs do we get the meat of the album. The Velvet Rope gives a good taste of the album’s overall concept. Got ‘Til It’s Gone uses a great sample from Joni Mitchell and is supported by Q-Tip from A Tribe Called Quest* which gives the album an authentic Alternative Hip-Hop track to sink your teeth into. Although Rope Burn is an interesting track about BDSM, the over-produced and slightly too sweet music defangs the more hardcore lyrics. And that happens throughout the album. So it has a lot I like in a Hip-Hop/R&B/Soul album but never goes far enough musically to support the raw and enjoyable source material of pain, fear, abandonment and sex.

*I will try to go one week without mentioning A Tribe….

The opening track is soulfully sung and well-written with an intense creepy anxiety to back it up.

Surviving and thriving in grad school