Someone Still Loves You Boris Yeltsin 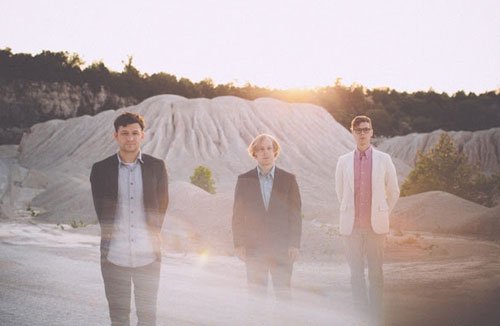 So there’s a band called ‘Someone Still Loves You Boris Yeltsin’, which I think we can all agree, is the pinnacle of band nomenclature to date. SSLYBY are from Missouri which is a bit of America. The indie-pop band were flown to Russia to headline the Old New Rock Festival, which was not only sponsored by the Boris Yeltsin Foundation, but set in the town of Yekaterinburg where the former president began his political career.

My advice for anyone starting a band: Name that band after a former President of a country you want to visit. Eventually they’ll invite you to headline a festival there. For bands outside of Ireland who want to headline Electric Picnic, may I suggest, “G’wan De Valera Ya Mad Yoke” or “If You’re Gonna Be Mary, Better To Be Robinson or McAleese Than Harney or Coughlan”. The latter one is, admittedly a bit of a mouthful. Luckily there are other ways to EP, you could be, say, “Arctic Monkeys” or “Beck”.

If you are eager to Headline at Glastonbury, may I suggest the following band names: “Someone Still Loves You Tony Blair. NOT. But We Think The Queen Is Hot!” … if you go for this one you should insist that the ‘not’ is always capitalised.

Anyway (got a bit sidetracked there, I’m thinking of starting a band). SSLYBY documented their entire trek, and used footage for their latest music video, “Young Presidents,” taken from 2013’s Fly by Wire (Polyvinyl Records).

The lads have great craic trekking through Moscow’s Red Square and hitting the slopes at one of the city’s giant sledding hills. The group then heads over to Yekaterinburg, where they played an acoustic set at a public school (and were later inducted into their Hall of Fame) and were interviewed by various Russian media outlets in front of the world’s only statue of Yeltsin.

There should be more statues of Boris Yeltsin.

For one day, Someone Still Loves You Boris Yeltsin were awarded the status of official cultural ambassadors by the United States consulate. Which is just an amazing sentence. Actually, I’m going to go back and make the text bold. Done.

The trip that saw them eat borscht with one of Yeltsin’s former translators — who also gifted them seven bottles of vodka — as well as watching a bunch of Russian clubbers get naked and dive into the snow outside the venue.

“We met some amazing people who were so tolerant and welcoming,” the band said in a statement. “That’s what we remember. Things are messed up in Russia, but our experience was in stark contrast to Putin’s politics of corruption and cynicism. We were lucky.”

Now I want to meet Someone Still Loves You Boris Yeltsin. Oh, and also, the song and video which are below, are good. Actually, really good, I’m on my fifth listen at time of writing.