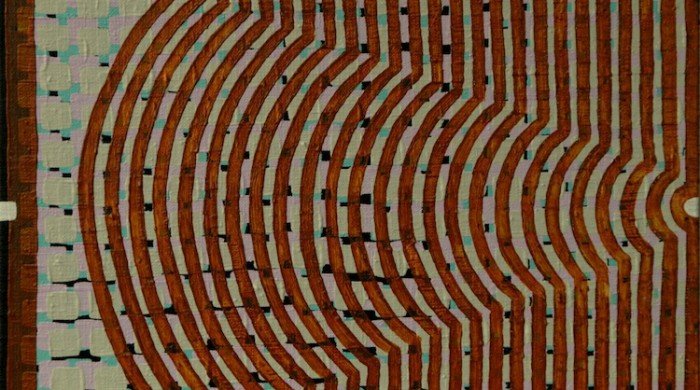 It’s a busy week in the art world this week with numerous shows opening all over the country. Two I’m particularly interested in getting to see are Futures 14 at the RHA Gallery and Cecelia Danell’s show at Eight Gallery. Futures always brings a really interesting mix of the exciting younger artists working at the moment and this one is no different, showing work by Helen G Blake, Shane McCarthy, Aoibheann Greenan, and Adam Gibney.

Aoibheann and Adam are two sculptors whose work I’ve admired for a while now. They work in very different but equally exciting and interesting ways, combining sculpture, installation and drawing, and light sculptures and sound pieces respectively, I’m really looking forward to seeing their work for Futures. Similarly Cecelia Danell’s beautiful Scandinavian inspired paintings combined with sculptures and film works are exciting and well worth a look.

Shows opening in Dublin this week:

FUTURES 14 at The RHA Gallery

This exhibition is the sixth and final in the second series of FUTURES, a sequence of exhibitions that endeavours to document and contextualise the work of emerging artists, around whom exists a growing critical and curatorial consensus.

The artists in FUTURES 14 are selected from a number of sources – from various artists-led initiatives, from studio visits by RHA Director and Exhibitions Curator and independent group shows, to a developing peer consensus that attempts an objective view of different artistic practices that have emerged in recent years.

This year’s FUTURES will include painting, video and sculptural work, strongly influenced by new media and the exhibiting artists will be announced on the opening evening.

The first series of FUTURES concluded in 2005 and this series will conclude in 2015 with an exhibition of a compilation of artists selected from this second series.

Eight Gallery is pleased to present I am a Forest and a Night of Dark Trees, an exhibition of works by Cecilia Danell.

“He prefers comfort to pleasure, convenience to liberty, and a pleasant temperature to that deathly inner consuming fire.” – Steppenwolf, Hermann Hesse

Cecilia Danell is a Swedish artist based in Galway since 2004. She identifies mainly as a painter but also uses other media in a practice which draws its inspiration from analytical psychology, existentialism and the landscape of her native Sweden. She has an interest in exploring how places impact on a person in a psychological sense, how they shape and define us and become a part of who we are. Through depicting the area in Sweden where she grew up, she attempts to pinpoint her own place in the world, while also using the landscape that she knows to stage a metaphorical merging between the outer environment and the inner being, through archetypes and Jungian dream theory. This exhibition consists of new work specifically dealing with psychological undercurrents of a more unsettling nature and the fine line between reality and dream through the merging of real places and dream imagery. A recent film studies course on Ingmar Bergman coupled with the re-reading of Hermann Hesse’s Steppenwolf have further influenced her interest in props, copies and that which is staged as a comment on reality.

A response to stories by former inmates of places of detention and industrial schools to the betrayal of trust over decades by state and church of the thousands of boys and girls placed in their care and comprising of seven pieces of work; three film pieces and four installation works. Bernie Masterson was born in Ballymoney, Co Antrim, Northern Ireland in 1958. She graduated from Limerick School of Art and Design in 1982. She has had solo exhibitions with several galleries e.g. The Dolmen Gallery in Limerick, the Dye-house Gallery in Waterford, the Hall ward Gallery Dublin, and the Hunt Museum Limerick. She has been selected and invited to several group shows for example, the RUA, RHA, Eigse, the Oireachtais, Iontas, Aer Rianta, and the Boyle Arts Festival to name a few.

RUA RED is pleased to announce the launch of the 2014 Winter Open Show in Gallery 1, an annual exhibition of work from throughout Ireland and chosen from an open submission call. This year’s exhibition includes a whole range of work including sculpture, photography and paintings, with all works for sale. Previous exhibiting artists have included Michael Dignam, Fiona Woods and Garrett Power.

The selection panel this year, which included Jennie Guy (Mobile Art School), Cliodhna Shaffrey (Temple Bar Gallery and Studios) and Matthew Nevin (MART), have also selected the shortlist for the RUA RED Winter Open prize, the winner of which will be announced the evening of the preview on Friday the 14th of November along with the recipient of the Graduate Award, new for 2014. Visitors to the exhibition will also have a chance to vote for their favourite artist in the People’s Choice Award.

Karl Burke is an artist and musician interested in exploring the poetics of space. Using simple material such as wood and box steel Burke creates schematic architectural environments that probe issues such a proportion, transparency and delineation. Burke’s sculptures, spare and elegant, often incorporate a single module that is presented in different aspects. There is an experimental, even, playful attitude in the work. His pieces partner the space in which they are shown to unlock a choreography of possibilities about interior space, both actual and metaphorical, and how its is constructed and encountered.

Making use of alternating mediums and techniques such as sculpture, painting, and drawing, Gerard Carson’s works are composed of dynamic, hard-edged forms and striking colour tones that echo characteristics of electronic technology and minimalist aesthetics. His works are often comprised of multiple objects, of varying scales and volume that are arranged within modular assemblages, whereby each individual object expresses a playful cooperation.

PLEASE NOTE: Group Portrait with Explosives, (lasting 42mins) will be screened once daily; Thursday – Saturday at 5pm sharp.
Please enter the gallery in advance, as admission cannot be facilitated after the film had begun.

Declan Clarke’s new work, Group Portrait with Explosives, confronts and exposes the learning of life lessons; looking directly into (the lens of) real issues, to which it proposes original, personal and ingenius solutions. As the title, Group Portrait… might suggest, Clarke was orginally trained as a painter, firstly at the National College of Art and Design, Dublin, and then at Chelsea – alongside oft-times collaborator Paul McDevitt – but has subsequently been considered mainly as a cultural gatherer of research-based projects and only latterly, properly, as a quietly respected expert – an ‘artist’s artist’ – of alternative fimmaking. In Group Portrait with Explosives, Clarke clusters all his learning and experience, combining research techniques, sophisticated narrative and filmic skills accrued over a decade of practice – often delving into complex and culturally abstruse material – and invisibly welds it to real histories, with universal relevance but initiated from the core of his personal life and family narratives.

BeyondPlaces&Times presents six documentary journeys to places and people living in cities around the world and in between times – oscillating between the past and the present.

Each projects calls for a shifting and adjusting of one’s own viewpoint on the world around us and its photographic documentation, while at the same time projecting our position. Thereby, the relationship between what we see and the tales and stories we imagine along with these photos get twisted. These photographs play with the deprivation of the visible – presenting themselves as fragments, details, deconstructualizations, inspiring the telling of stories alongside the act of seeing. What do I see? And what don’t I see? What do these photos tell me? And what am I telling myself?

The journeys of these photographers test our current position and challenge us to discover new perspectives and new understandings of seeing and the visible.

Kerlin Gallery, Dublin, is pleased to announce ‘the skies will be friendlier then’, an exhibition of new work by Eoin Mc Hugh. This will be the artist’s first exhibition in Ireland since the acclaimed ‘Augury’ at Douglas Hyde Gallery, Dublin, 2013. Mc Hugh’s hyper-real/hyper-surreal language is driven by his interest in the psychology of imagery; a two and three dimensional investigation of the space between the image, the object and the idea. ‘the skies will be friendlier then’ marks a major development within Mc Hugh’s practice, introducing ambitiously complex sculptural and textile works. Several Persian and Turkish carpets are reconstructed as large-scale collages where forms are suggested from neutral abstract patterns in conflict. An enormous, flayed and headless beast, like something never witnessed before, is in turn confronted by an equally otherworldly, crouching infant. These works, accompanied by an intimate oil painting of a woman lying in foetal position, apparently cite the early history and aesthetics of psychoanalysis and the poems of Wallace Stevens and Seamus Heaney. These references, however, are by no means immediately obvious, and through suspension of disbelief, Mc Hugh strives to constantly keep the viewer questioning how they process images, preventing one definitive interpretation being extracted from the work.

2014 marks the 75th anniversary of the burning of ‘Entartete Kunst’ or painting and drawings termed ‘Degenerate Art’ by the Nazis in 1939. It is estimated that 1,004 paintings and 3,825 works on paper were completely destroyed during March 1939. O’Rourke examines the empty spaces left behind after thousands of these artworks were confiscated from public galleries and museums throughout Germany and which were subsequently burned in Berlin by the Reich. In this ongoing ‘Dark Inventory’ series the artist engages with politicizing the space between what is visible and what is absent. He emphasises this critical moment in the history of Modernism in Europe with a corresponding reductive process on paper. These drawings investigate ideas concerning censorship and loss, examining art as a form of commemoration with a dual critical strand. O’Rourke tests how art is both recognised and invalidated in society and acts as a form of commentary or dissent in a controlling society and how constant scrutiny is necessary to protect freedom of speech.