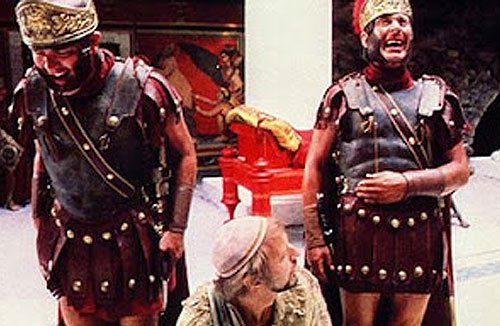 The Reith Lecture by CP Snow, in 1959, introduced the idea of the Two Cultures, those of science and humanities, and warned that this divide was damaging to the advancement of knowledge and understanding. More than half a century on and it seems to me that, despite the best efforts of polymaths such as Murray Gell-Mann, the great cultural divide is still very much in existence with mutual incomprehension often evident when the opposing camps manage to tread on each other’s toes.

Cambridge don, Professor Mary Beard, has just published her latest book, “Laughter in Ancient Rome: On Joking, Tickling, and Cracking Up.” (University of California Press), in which she attempts to use an analysis of laughter, and the contexts in which it appears, to establish a novel route to understanding the passions, concerns and attitudes prevalent in ancient Rome. This is a worthy endeavour which, depending on the existence and reliability of sufficient material, may well deliver new insights into the ancient Roman world view. Prior to the launch, she delivered a lecture at the Sheldonian in Oxford (10 June), sponsored by Blackwells, which offered a brief, and often amusing, account of what one can find in its contents. She has previously delivered similar lectures during her visits to the University of California.

Professor Beard began by stressing that laughter is seen in many contexts other than as a response to a joke and, although laughter is an automatic neurological and physiological response, those contexts vary between societies. Laughter might express many mental conditions including derision, social discomfort, uncertainty, nervousness, and even fear. Whereas existing societies afford the anthropologist or psychologist the option of studying these contexts in the field, this is not possible for the student of behaviours of ancient Rome who is forced to rely on textual sources.

During the lecture, Beard focused almost exclusively on the Philogelos, a collection of 265 jokes, written in Greek during the 3rd or 4th Century AD, and the oldest joke book yet discovered. She expressed the hope that, through this source, she could gain some insight into the concerns of the average Roman rather than those of the upper classes who, she suggested, were both the writers and the consumers of the writings of Cicero, Horace and all the other well known and studied classical texts.

One problem with her procedure, as she candidly admitted in the lecture, is that the provenance of the Philogelus is anything but clear. It is attributed to Hierokles and Philagrios or, sometimes to one or the other, and the document is itself the only thing they have left to posterity; their names appear nowhere else. Why the Philogelos was compiled and for whom, is unknown. These may be examples of jokes that amused the average Roman in the street but, then again, they might not be, and there really is no way of telling. Complicating matters further, it has also been through the hands of many clerical scribes which, Beard surmises, might be a reason why the sexiest jokes in the collection are really rather tame. One wonders, how much the jokes that remain have changed in successive transcriptions. Despite all of this, Professor Beard feels justified in basing some far ranging conclusions on the basis of the Philogelos alone.

Her thesis, as she explains it in this lecture, is simple and, dare I say, simplistic, and comprises three main themes. Firstly, she suggests that humour, for the man (or woman?) on the Roman street, is heavily influenced by ancient Greek models. She provides no textual evidence for this and one of the few references she makes to Greek humour is to dismiss Aristophanes as being unfunny. She draws a distinction between the humour of the masses, for which she takes the Philogelus as in some way representative, despite the problems she herself acknowledges, and that of the elite, represented by Horace amongst others, whose work she pretty much dismissed, during the question and answer session afterwards, with the withering “Well you may find it funny”. One wonders what mechanism Professor Beard imagines that Greek humour was somehow conveyed down the centuries other than through literature, which she has already dismissed as irrelevant as it belongs to the upper classes. Perhaps a plethora of Greek comics infested the bars and bathhouses. You never know. 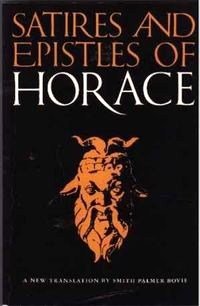 Her second theme, as touched on above, suggests that Roman humour might be a way to get at their everyday concerns and attitudes. I think she’s on firmer ground here as it’s certainly the case in modern contexts that very real, and often unpleasant issues, are frequently expressed in the context of jokes and humorous stories, and there is evidence that this is the case across many cultures, if not common to all. Jokes about Osama bin Laden are but one example. However, even here she handicaps herself by her insistence on relying almost totally on the Philogelus as somehow representative. Even if say Horace, Lucilius, Seneca and the humorous poet, Martial, can be characterised as speaking to the elite, it seems to be a stretch to assert that that the elite shared no concerns whatsoever with the population in general. Then, as now, everyone can relate, for example, to overbearing fathers, annoying friends and overly intellectual or naive scholars. A thesis that could have been strengthened by the consideration of all data, is weakened by concentrating on one source with no methodological justification. Beard causes herself further problems by an almost magisterial neglect of rigorous psychological analysis. Her account of psychology, physiology and neurology, at the beginning of the lecture, is very much that of a layperson, and she even seemed to take pride in this fact when she joked that she was not sure of the location of the left frontal lobe of the brain! Understanding the causes of laughter is surely a multi-disciplinary task, so it is odd she can be so dismissive; and particularly strange since she started her career as an archaeologist, an area which would certainly claim to be informed by scientific method.

Thirdly, Professor Beard claims, that the ancient humour of the Greeks, and then the Romans, provides the basis for the development of humour in the northern hemisphere in modern times. This seems a perfectly respectable hypothesis, and after all, we are indebted to the ancient Greeks for so much else, not least many of the early insights in to logic and scientific method, but her lack of rigour and unusual handling of the evidence, again damages her thesis. To support this claim she appeals to some similarities between the structure and content of the jokes in the Philogelus and modern humour. Her favourite joke, she tells us at the beginning of the lecture, does have a rather familiar feel:

“A barber, a bald man and an absent-minded professor took a journey together. They had to camp overnight, so decided to take turns watching the luggage. When it’s the barber’s turn, he gets bored, so amuses himself by shaving the head of the professor. When the professor is woken up for his shift, he feels his head, and says “How stupid is that barber? He’s woken up the bald man instead of me.”

I think most of us have heard better, but at least it seems to fit into the popular “there were three guys” format. However, as Beard admits, it’s the only one like it in the Philogelus so one should not really make too many assumptions from its presence! Jokes about scholars or egg-heads, or whatever, are numerous and take up the first and largest section in the document, which is divided into themes, and there are certainly jokes about such characters today But can it really be asserted that this is due to the Greek or Roman influence? Every generation of students must surely create their own collection of stories about the eccentricities of their teachers, so why need one posit an ancient influence?

To say that Greek and Roman cultures have been very influential in developing contemporary thought is, I think, an entirely uncontroversial assertion. But that influence, as Beard acknowledges, is mainly through the classical texts, Horace, Martial, Aristophanes et al, which she explicitly discounts as being relevant to her overall thesis. She cannot have it both ways. 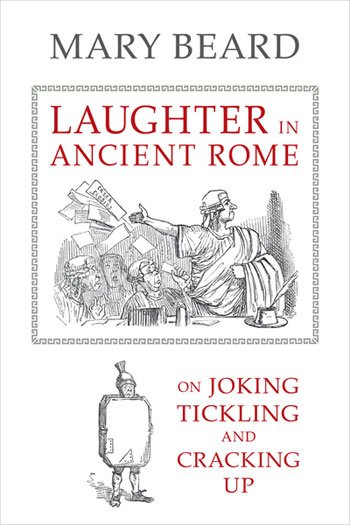 Professor Beard’s thesis would be much improved by two major concessions, the first being that, whilst by all means looking carefully at the Philogelos, she should also base her arguments on classical literature as a whole. There’s plenty of data there, and to make an arbitrary distinction between the writings of the elite and the jokes of the masses, especially when that distinction is based on so little, hinders rather than helps her position.

Secondly, rigour in dealing with evidence seems to me to be lacking. Whether one is dealing with ancient texts, or data concerning observational science, there are often situations where one discovers evidence which, whilst interesting, is too partial or isolated from what else is known to draw hard and fast conclusions. It is often fruitful, however, to utilise such findings to form tentative hypotheses, with a view to informing the direction of further research, which might uncover enough evidence on which to base a thesis or a theory. Professor Beard’s insistence on basing her arguments almost entirely on one document, denies her the possibility of firming up what are really hypotheses into something more solid, by calling on other evidence that is almost certainly available. Instead she moves from pretty flimsy evidence to grand conclusions and I don’t see how this can ever be justified.

And that brings us back to the CP Snow reference in the first paragraph. It seems, at least on the basis of this lecture, that the humanities still have much to learn from the sciences and the Two Cultures still manage to ignore each other to the detriment of both. Professor Beard has chosen a very interesting area of research, which I think holds great promise for gaining insight into the Roman world view and, indeed, much else besides. However, her rather rash habit of jumping from thin evidence to hard and fast conclusions, her determination to ignore evidence, whether for or against her thesis, which is available in the texts she excludes, adds up to a lost opportunity for adding substantially to the store of human knowledge and understanding.

Mark is a writer, researcher and music promoter based in London. He contributes to the Richard Dawkins Foundation website, among other outlets, and is currently researching both the history and philosophy of science.

Evolution Is Not Chance

Gaps In The Fossil Record