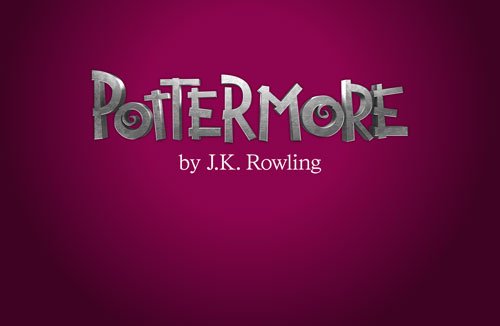 Dear Harry Potter fans, please remain calm, this is not a drill. On Friday 31st of October, JK Rowling will launch a shiny new Harry Potter story on pottermore.com. This story will focus on Professor Umbridge the awful, toad faced, cat-obsessed teacher, who made her debut in Harry Potter and the Order of the Phoenix. Personally I think Rowling should have surprised us all and posted the story without us knowing beforehand. Imagine the chaos. Broomsticks everywhere, obsessed fans with half-stuck-on lighting scars legging it to the nearest internet cafe. On second thought, a surprise like that wouldn’t have given me much time to read back over seven books, watch seven movies or source my customised Quidditch robes for the occasion.

For any aspiring writers out there, you may be interested by some of the great new writing classes beginning at the Big Smoke Writing Factory next week. But if classes aren’t for you, and if you are currently enduring solitary hours staring at your computer screen in dismay trying to formulate sentences while silent tears fall onto your keyboard, you might consider signing up to National Novel Writing Month or NANOWRIMO. This yearly event will launch on November 1st and attracts writers from all over the world. It might help those of you who need a push to sit down and finish that infuriating first draft. 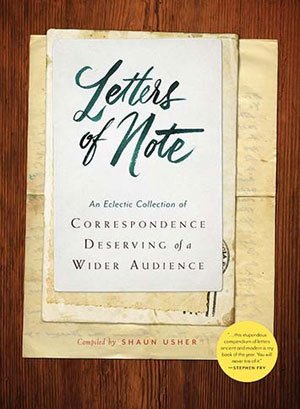 Before we started following our favourite writers on Twitter, we wrote them letters. Before email, we penned love notes with quills and ink and filled them with pressed flowers (or something equally beautiful). However, letter writing need not be forgotten, it is currently being noted and celebrated in the book ‘Letters of Note’ by Shaun Usher. This book pays heed to the letters that might otherwise be forgotten.

One particular letter of note is from Roald Dahl to his young fan, Amy Corcoran, in 1989. Amy decided to send Dahl a dream in a bottle and to her delight, the author wrote back.

‘I must write a special letter and thank you for the dream in the bottle. You are the first person in the world who has sent me one of these and it intrigued me very much. I also liked the dream, tonight I shall go down to the village and blow it into the window of some sleeping child and see if it works’

Imagine the joy of receiving such a magical letter. The special feeling of tearing open the envelope to reveal the words inside. This is a unique experience reserved only for letters of the note, where you are filled with the sense that someone has remembered you and cares enough to sit down with a pen to share their story with you.

Inspiration in the Ordinary– According to Irish Times writer Michael Harding, accidental  encounters are what make up the stories of Irish life. This short interview tells us more about how we make stories in the ordinary

‘We tell ourselves stories in order to live’ wrote Literary Journalist Joan Didion in her 2006 book of essays. This is the chosen title for a proposed documentary by her Nephew and Film Director, Griffin Dunne. Dunne launched a Kickstarter campaign last week and with 22 days to go, the campaign has raised over €170,000. The birdlike Didion wrote The Year of Magical Thinking in 2003 following the death of her Husband and subsequently lost her Daughter two years later. We now wait with anticipation to hear and see more about the life of this eloquent writer, famed for her reflections on life and mortality.

15 Horror Films to Watch this Halloween | 2