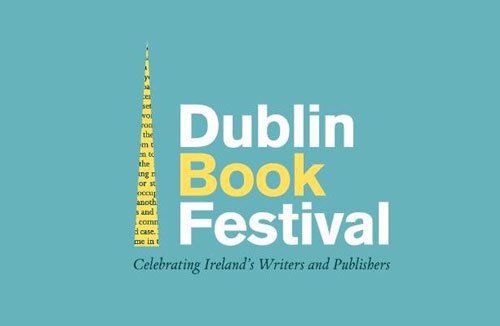 I wouldn’t be doing a very good job as a lit reviewer if I didn’t mention the upcoming Dublin Book Festival which begins on Thursday 13th of November and will entertain literature lovers over the course of the weekend.

On the 11th and 12th of November, the Festival will run a promotional launch called #booksonluas. Luas carriages will be filled with an array of books by Irish authors to lighten the dreary commute to work and to remind us of the importance of reading and sharing books. This creative idea is a fantastic way to promote the weekend and will encourage a greater appreciation of the fantastic literary voices that Ireland has on offer.

The programme itself is filled with a wonderful selection of talks and events running primarily from its creative hub in the Smock Alley Theatre near Temple Bar. The theatre will run a number of activities for families all weekend in their Winter Garden, which takes place in their decadent Banquet Hall.

The Festival will open with an evening celebrating ‘Lines of Vision’ an illustrated anthology, produced to celebrate 150 years of the National Gallery of Ireland.  This book features writing by well-known Irish writers some of whom will join Seán Rocks of RTE Radio 1’s Arena to discuss the art inspired by their stories.

On Saturday the 15th Sinead Gleeson, presenter and journalist will bring the Anti Room to the Festival to discuss women’s writing in 2014. This discussion will pay note to the old voices that inspired us in the past and the strong new female voices that are emerging thanks to social media.

While Irish readers share stories on the Luas next week, Muscovites will soon be downloading classical Russian literature on the metro. The Moscow metro system is already celebrated as a masterpiece of modern art, having installed miniature art galleries in the past. With the launch of this virtual library, the city will expose its cosmopolitan dwellers to a world of old stories by noted Russian writers such as Pushkin, Chekhov and Tolstoy.

Children see themselves in stories. This campaign encourages children not only to see themselves, but to see others and to understand the differences in people. By exploring the unfamiliar, children can appreciate how those who they know nothing about, also have wonderful stories to tell.

The Laureate for Irish Fiction

Ireland will choose its first ever Laureate for Fiction next January, 2015. The winner of this award will be selected from a long list of 34 Irish writers who have made a profound contribution to Irish literature: